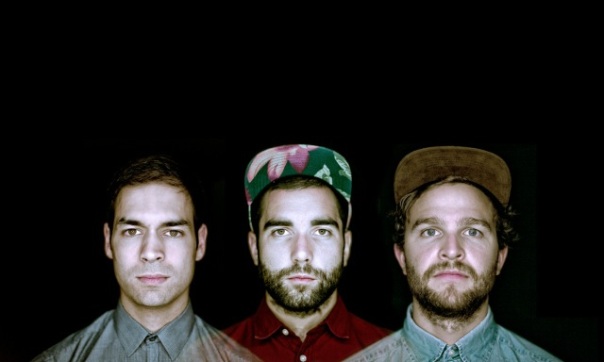 Directed by collaborator Tom Mustill, ‘Wake’ is the latest video to emerge from Dems’ debut LP, ‘Muscle Memory,’ alongside a stellar remix package. The film takes its inspiration from the nostalgic cinema motif of the taxi driver, using dramatic aerials and a surreal passenger experience to reflect the uneasy climactic build of the song. As film-makers as well as musicians, experimental and left-field video production has been integral to the band’s debut album and wider DIY aesthetic, from the spontaneous contemporary dance routine of the title track to the dreamlike societal musings of ‘Never Have Never Will.’

The much vaunted electronic trio from South London have spent the last year garnering a devoted fan base as well as achieving widespread critical acclaim. With radio support from the likes of Huw Stephens and Rob Da Bank and after being hand picked by Azealia Banks to open for her at her show at Brixton Academy in November, they are ready to pick up the dreamy electronica mantle and make 2015 their own.

Vocally, singer Dan Moss is reminiscent of James Blake, the dulcet South London croon juxtaposing seamlessly with the glitchy noise created by his bandmates. DEMS make unflinchingly beautiful progressive songs that will comfortably sit alongside such luminaries as The XX, Kindness or SOHN.