Emotive melodic electronic artist Edu Imbernon returns for his third remix of The xx, a feat only matched by the one and only Four Tet. The new re-work of the song “Lips” is taken from the band’s third and multi-nominated album, “I See You”, on Young Turks.

This follows on from his 2010 hit remix of “Crystalised“- which hit Beatport no 1 and 3.5m Spotify streams, and his follow up in 2013 of “Reunion“; but not forgetting his reworks of Tiga, Metronomy, Hot Natured, WhoMadeWho and Maya Jane Coles during this period.

In Edu’s own words: “This is now my third remix of maybe my favourite band of the current times, the xx. Back in 2010 I was honoured to remix “Crystalised” from their first album, and working on that changed my perspective on making music. I’m super happy to reimagine their music once again, with a different take on their song “Lips”. 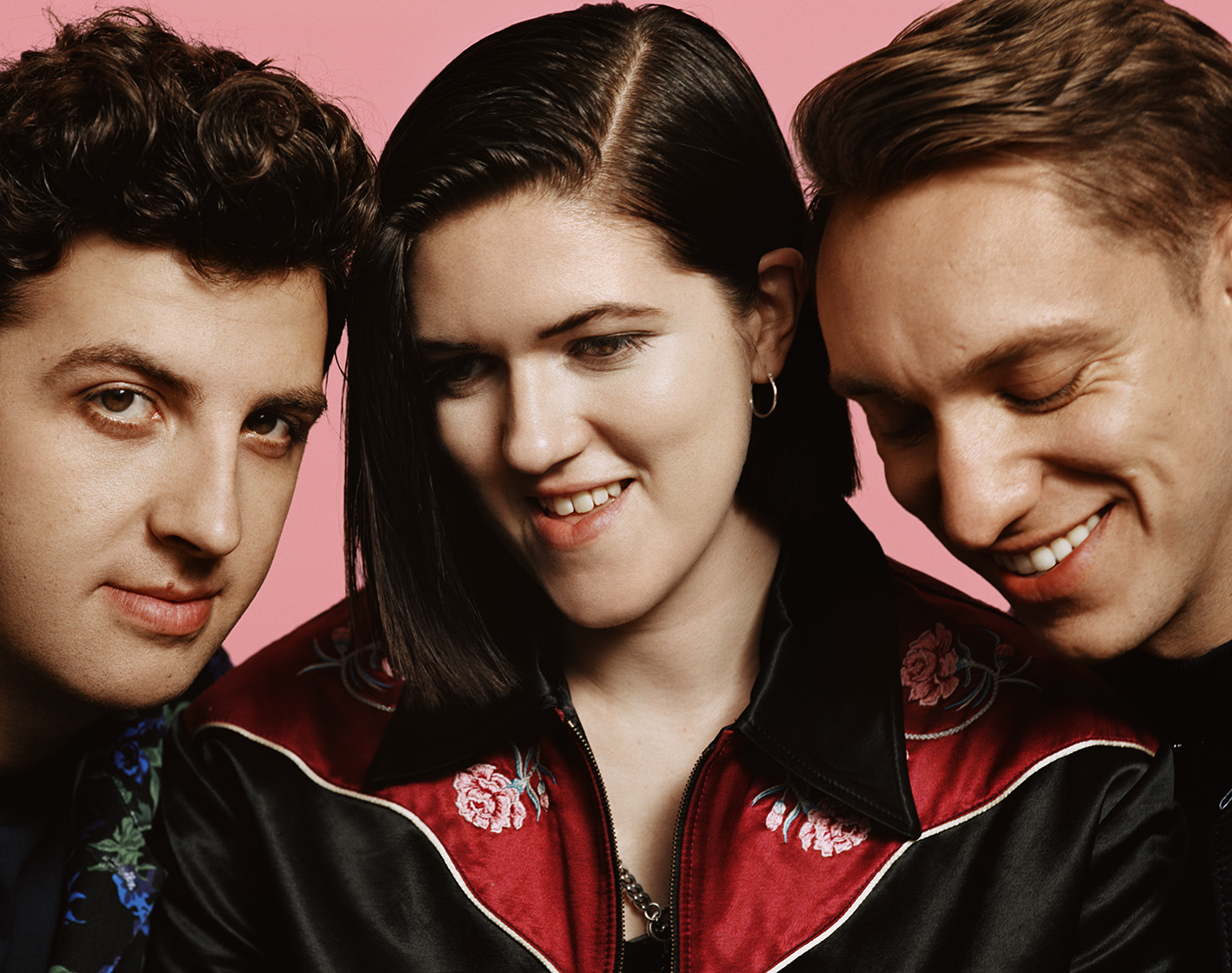 Live: The XX feat. Florence Welch – You’ve Got The Love

Last night The xx performed the final show of their Night & Day residency at London’s iconic Brixton Academy, and Florence Welch joined them onstage for a special performance of Jamie XX’s 2009 remix of ‘You’ve Got the Love’

You can check out some great fan footage here:

The xx – Say Something Loving

The xx have released a new song from their forthcoming album, I See You. Following the global success of lead single ‘On Hold’ (and its accompanying Alasdair McLellan directed video), ‘Say Something Loving’ is the second song to be revealed from the London trio’s highly-anticipated third album and is available to download / stream now above.

Released on 13th January via Young Turks, I See You is set to be the first major album release of 2017. It is the follow up to The xx’s two previous albums – xx and Coexist – which have sold over 3 million copies between them, winning a host of accolades along the way (in recent reviews, Uncut described The xx as “the most influential band of the last decade” while The Telegraph stated that they are “the sound of the decade”). I See You marks a new era for Romy Madley Croft, Oliver Sim and Jamie Smith, both sonically and in terms of process. For while xx and Coexist were both made in relative isolation in London, I See You was recorded between March 2014 and August 2016 in New York, Marfa TX, Reykjavik, Los Angeles and London, and is characterised by a more outward-looking, open and expansive approach. Produced by Jamie Smith and Rodaidh McDonald, I See You is The xx at their boldest yet, performing with more clarity and ambition than ever before.

Meanwhile, The xx have announced a series of shows for their 2017 I See You Tour. These dates include a record-breaking run of seven sold out shows at London’s O2 Academy Brixton between 8th-15th March, performing to 35,000 people over seven hometown shows. Tickets for all shows are on general sale now via http://thexx.info/tour/

Watch the official music video for “On Hold,” from the forthcoming album ‘I See You,’ available January 13th 2017. Directed by: Alasdair McLellan

Thursday 10th November 2016 – The xx today announce details of their highly anticipated third album. Titled I See You, the ten song album will be released on 13th January 2017 via Young Turks. I See You is the follow up to The xx’s two previous albums – xx and Coexist – which have sold over 3 million copies between them, winning a host of accolades along the way.

I See You marks a new era for the London trio of Romy Madley Croft, Oliver Sim and Jamie Smith, both sonically and in terms of process. For while xx and Coexist were both made in relative isolation in London, I See You was recorded between March 2014 and August 2016 in New York, Marfa TX, Reykjavik, Los Angeles and London, and is characterised by a more outward-looking, open and expansive approach. Produced by Jamie Smith and Rodaidh McDonald, I See You is The xx at their boldest yet, performing with more clarity and ambition than ever before.

You can hear this clearly on lead single ‘On Hold’, the first piece of music to be revealed from the album. Available from today, you can stream / download ‘On Hold’ HERE or below:

I See You will be available on CD, LP and digitally, with each physical format featuring a debossed mirri board sleeve. There will be three different vinyl versions of the album, with full product descriptions as follows:

– Standard Vinyl: 10 tracks, in a debossed mirri board sleeve with a download enclosed for the US and CD copy of the album in EU/UK

– Indie Vinyl: 10 tracks on limited-edition clear vinyl, in a debossed mirri board sleeve with a download enclosed for the US and CD copy of the album in EU/UK. Available only via independent record stores.

In anticipation of the forthcoming release of his highly anticipated debut album “In Colour” (released June 2 on Young Turks), Jamie xx has announced details of the In Colour Tour. The extensive set of global headline dates features Jamie’s biggest solo shows yet, taking in the likes of New York’s Terminal and London’s O2 Brixton Academy venues. The full tour is listed below.

Pre-sale tickets are available from 10am on Wednesday April 29. To be eligible for presale tickets, fans can sign up at http://www.jamiexx.com/#follow before 1pm EST/10am PST on Tuesday April 8. Tickets then go on general sale on Friday May 1. In addition, Jamie will be performing at festivals around the world over the coming month, including the likes of Sonar (Spain), Hard Summer (Los Angeles), Melt (Berlin), Pitchfork (Chicago), Rock En Seine (Paris), Parklife, Wildlife, Bestival, Greenman and Reading & Leeds (all UK). For the full set of shows, head to jamiexx.com/#shows

Jamie xx also today reveals the video to In Colour album opener “Gosh”. Directed by Erik Wernquist, the video can be seen below. “Gosh” is already a firm favorite among fellow DJs and fans alike, having first been premiered alongside lead single “Loud Places (ft. Romy).”

The release of In Colour comes on the back of an incredible six year creative period for Jamie xx, which has seen him alternate effortlessly between his role as founding member and producer of The xx, and creator of more electronic and club orientated music as Jamie xx. A string of acclaimed productions in recent years including debut solo single “Far Nearer,” remixes for the likes of Adele,Radiohead and Florence &The Machine, production work for Drake and Alicia Keys plus We’re New Here – Jamie’s seminal reworking of Gil Scott-Heron‘s final studio album – hinted at what was to come. With In Colour – a bold, celebratory, emotional record that features collaborations with The xx band mates Romy Madley Croft (“Seesaw” and “Loud Places”) and Oliver Sim (“Stranger In A Room”), Young Thug and Popcaan (“Good Times”) and Four Tet (“Seesaw”) -Jamie delivers his definitive artistic statement.

In Colour will be available on download, CD, LP and Deluxe LP formats. The Deluxe LP is a limited edition triple LP, cut at 45rpm on coloured vinyl and including two exclusive instrumentals.

Pre-order In Colour via iTunes // Amazon // Google Play // vinyl. Listen to the In Colour – Preview White Label via Spotify. When you pre-order In Colour you will receive downloads of “Loud Places,” “Gosh,” “Sleep Sound” and “Girl” instantly.