Following on from the release of ‘Solar Nights’, the critically acclaimed 2nd album from German producer Tim Bernhardt, aka Satin Jackets, Eskimo Recordings have turned to a hand picked selection of up & coming producers and old friends to reinterpret several of the album’s key tracks.

With more than 11 million streams on Spotify alone, ‘Northern Lights’, Satin Jackets’ collaboration with David Harks formed a centre piece of the new album and the first track of it to be remixed.

Having made his debut on Eskimo in 2018 with the critically acclaimed ‘From Kazan With Love’ EP, Russian producer Antenna steps up to subtly rework the track with organic sounding drums, delicate synth melodies and uplifting diaphanous synths that raise up Harks’ vocals to new heights.

With his second album, ‘Solar Nights‘, set for release this April German nu-disco star Tim Bernhardt, AKA Satin Jackets, kicks off 2019 in fine style teaming up with Sydney based singer-songwriter Panama for new single ‘Automatic’. Fans of both acts are sure to find lots to love as the pair bring out the best in each other, Satin Jackets’ smooth disco sounds proving to be the perfect accompaniment to Panama‘s softly seductive vocals.

“It was super cool working with Tim,” explains Panama. “I remember the first time I heard ‘Feel Good’ via a friend at Future Classic and immediately fell in love with the vibe of it so I was stoked when the chance came up to write this track together. As soon as Tim played me the bass line, straight away I was hooked, it just really grabbed me and we quickly built the song from there!” They make it sound so simple but the resulting track is sure to earn a pride of place in both artists’ catalogues.

Whether producing modern Balearic house anthems such as ‘You Make Me Feel Good‘, seductively soulful tracks like ‘Through The Night’or genuine poolside classics like ‘For Days’, Tim has established himself as one of the biggest names in the modern disco scene clocking up more than 35 million streams of the debut Satin Jackets album, ‘Panorama Pacifico‘, on Spotify alone.

Panama meanwhile is the musical moniker of Sydney based singer-songwriter Jarrah McCleary. Making his name with acclaimed releases on some of the most exciting labels around including Future Classic and Roche Music, Jarrah’s blend of live and electronic sounds and raw emotional songwriting has firmly established himself as one of Australia’s hottest musical exports.

Talking about the track Anduze explains “Athens, Greece has always lured me in with her warmth, charm, and overall ancient beauty. After visiting each year for a decade, I was inspired to write about the city I now live in.”

“Once I’d finished the lyrics, the musical landscape I thought would compliment it best was a vintage and melodic electro vibe. I’ve always loved Satin Jackets’ style and production, so I thought to reach out to Tim, and I feel so fortunate that we could collaborate. The result is just what I’d pictured it to be… Athena.”

Whether producing modern Balearic house anthems such as ‘You Make Me Feel Good’, seductively soulful tracks like ‘Through The Night’ or genuine poolside classics like ‘For Days’, Tim has established himself as one of the biggest names in the modern disco scene clocking up more than 30 million streams of the debut Satin Jacketsalbum, ‘Panorama Pacifico’, on Spotify alone. 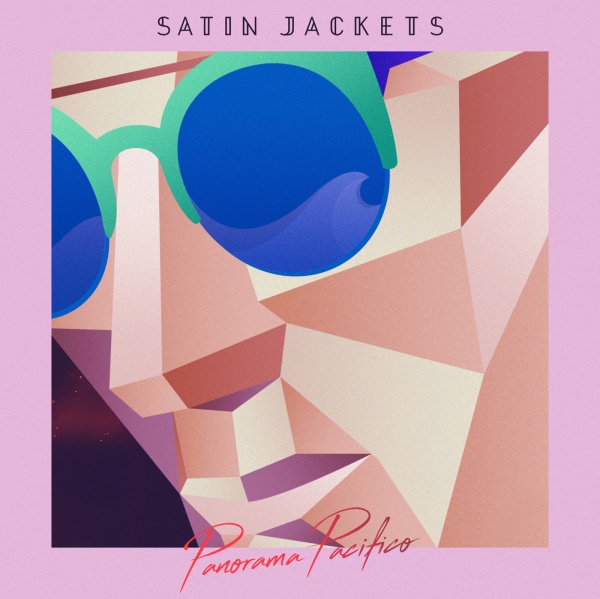 Scaling the heights of the Hype machine from their first release to the latest, and clocking up almost ten million plays on spotify, Satin Jacket’s original brand of diva funk and smooth disco has whetted the tastebuds of the likes of Majestic Casual and i-D mag who said the duo’s “super sexy, infectious house music is filled with the vibe of summertime.” Their smash single, ‘You Make Me Feel Good’ has accumulated close to three million plays on soundcloud and youtube concurrently.

“The idea came from our character, Mr. Satin Jackets, who’s been travelling the world quite a bit the past two years,’ explained Tim Bernhardt, the founder of the duo. ‘Four continents, about twenty countries [in], he’s on the West Coast and takes a break. He watches the ocean to put his mind at ease and [out pours] Panorama Pacifico.”

This idyllic perspective is launched by the vocals of Scavenger Hunt, the Los Angeles-based electro-pop 4-piece, charted by Billboard and featured by the likes of Nylon mag. They explain about their contribution, “Feel Good’ feels like jumping into a cool pool on a hot summer day- refreshing, exhilarating and sexy.” Nigerian born and Birmingham based UoB’s Got Talent winner, IsaacO contributes to ‘Keep Moving On’. He explains it’s, “a song about having a nonchalant attitude towards life regardless of what it throws at you. Best listened to on a nighttime drive on the highway.”

The album also takes a peek into the past successes of Satin Jackets, with last year’s smash single, ‘Shine On You’ featuring UK born and Berlin based talent  Esser, dubbed by Clash magazine as “an exploratory glimpse into the mind-expanding side of Satin Jackets’ electronics,” and recent single ‘We Can Talk’ featuring vocals from Emma Brammer.

Further new collaborations include Ghent-based collective I will, I swear, Melbourne’s Kids At Midnight and diamond in the rough of Belgian pop Marble Sounds. Fellow Eskimo artist and Greek producer NTEIBINT and KLP from Australia also feature. Each plots a similar narrative about the struggles of love. “’Say You’ is about being afraid of being happy,’ explains Jane Elizabeth Hanley AKA Kids At Midnight; ‘Coast To Coast’ is “a sweet love song that could also work on the dancefloor,” says George Bakalakos AKA NTEIBINT; and Emma Brammer explores the concept of, “the exciting and painful first love – maybe it’s not so good for you but it feels historical.”

Pieter Van Dessel of Marble Sounds digs further on ‘Find Out’. “The lyrics ‘Shut your eyes, and you’ll find out’ started as a reference to childhood memories: as kids we often had to close eyes when somebody wanted to surprise us with a gift. But it can also mean that you could learn more about reality when you disconnect and close your eyes, instead of gathering (too) much information.”

Three quarters of the tracks are fresh and introduce exciting guest vocalists and producers. These are complemented by the much-loved staples from the duo, ‘Girl, Forever’ and ‘You Make Me Feel Good’. Tim of Satin Jackets explains, “We’re ending the journey of this album with ‘You Make Me Feel Good’, [a] great story of a song. It still gives people all kinds of happy feelings. The more people it can reach, the better.”

German music producer, Tim Bernhardt and lead performer Den Ishu are Satin Jackets. Their eponymous live show has relentlessly toured the US, Canada, Mexico and Europe, opening their fluid pop appeal and accessible four-to-the-floor groove up to the world at large. Their debut album, ‘Panorama Pacifico’ is set for release on 8th April on their home label, Eskimo Recordings. The Belgian imprint has been a purveyor of disco, house and everything in between for over fifteen years. 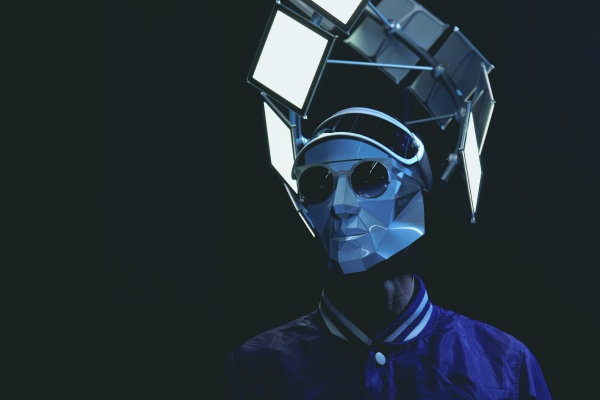 Original darlings of Belgium’s long standing Eskimo imprint, Satin Jackets announce their debut album with another unashamedly vocal pop anthem featuring Emma Brammer. “‘We Can Talk’ sets the pace for the upcoming album,’ the duo explained, ‘the album itself will be diverse and versatile. Two years of our heart and soul poured into it so it’s going to be the full listening experience.”

‘We Can Talk’ is an enveloping record delivering classy piano melodies, crisp beats and a soaring vocal from ScottishEmma Brammer. Recently featured on BBC Radio, London based Brammer elevates the mood for the new year as she explains, “I was hooked on the track [from] the first time. The lyrics are about the exciting and painful first love – maybe it’s not so good for you but it feels historical. Loved working with Tim – just good vibes and good tunes.”

This indelible record from Satin Jackets comes with a genre-crushing remix from Portuguese native and Munich-based Moullinex, one of the founders of Discotexas, familiar for stellar remixes of RAC and Röyksopp & Robyn. The package is completed by a stripped back dub version by German producer Larse, renowned for work on Defected and Noir.

Satin Jackets is the brainchild of German music producer Tim Bernhardt alongside lead performer Den Ishu. Their debut album is due for release this April on the Eskimo imprint, having spent the last year between the studio recording it and taking their eponymous live show through the US, Canada, Mexico and Europe, opening their fluid pop appeal and accessible four-to-the-floor groove up to the world at large. A sample of which can be digested in their recent ‘Chilled’ podcast for Data Transmission. 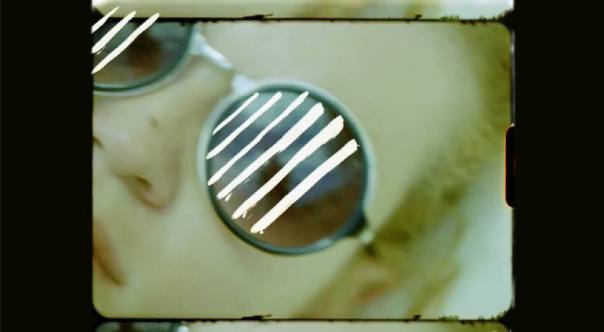 Satin Jackets unveiled the official video for their new anthem ‘Shine On You’, out now on Eskimo Recordings. The single features the majestic vocals of London-based singer Esser and is backed with remixes by Mighty Mouse and Ben Macklin. Directed, filmed and animated by Chris Ullens. 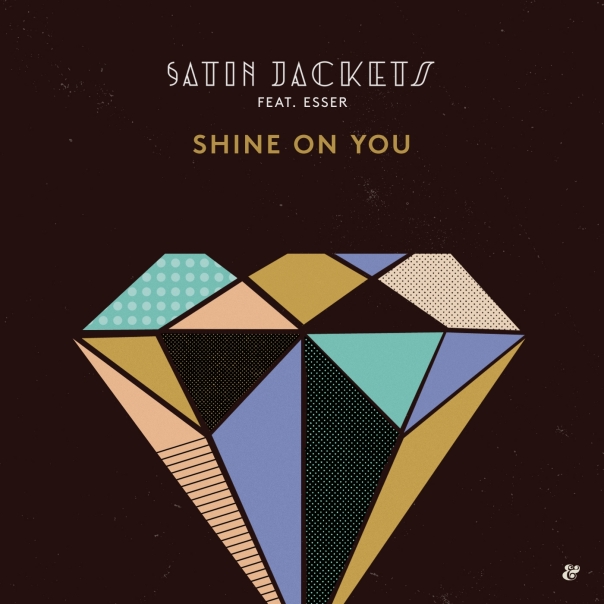 The profilic Satin Jackets outfit return to Eskimo Recordings with the amorous new anthem ‘Shine On You’, featuring the majestic vocals of London-based singer Esser and remixes by Mighty Mouse and Ben Macklin.

Mighty Mouse takes the indelible vocals of ‘Shine On You’ into high octane territory. From an epic reinterpretation to a mellow utopian adaptation, Ben Macklin’s version is a sparkling cloud of astral energy. Ben’s notoriety has gained his music extensive support on the Billboard chart, MTV, BBC Radio 1 and many more.

Satin Jackets is the brainchild of German music producer Tim Bernhardt alongside lead performer Den Ishu. Collaborations with highly demanded vocalists as well as top-ranking remix work have opened their fluid pop appeal and accessible four-to-the-floor groove up to the world at large. Satin Jackets continue to tour continents with their stunning new live show favouring momentum between 105 and 115 beats per minute.

Out on February 3rd 2015 on Eskimo Recordings.