Drawing from Rhye and creative partner Genevieve Medow Jenkins’ shared experience living in Berlin and conceptualized / directed by Jenkins, the remix visuals are expressions in movement that mimic the sound and feeling of each track. Tensnake’s “Count To Five” follows the dancer Bounce (the girl with the blue hair) and depicts her interactions with other characters. Poolside’s “Feel Your Weight” visual cuts to two male dancers at the rave and intermixes solo and interactive dances.

The 14-track Blood Remixed album includes additional re-imaginations by Washed Out, Tensnake, Channel Tres, and more. Mike Milosh’s resilient yet purposefully understated take on R&B stretches beyond the confines of any genre with the remixes, giving listeners the opportunity to hear Blood from a new perspective.

It’s a song which, in its very conception, illustrates the transitory nature of the album and also shows how deftly broad Bonobo’s dynamics are as a composer. The chord sequence to “Break Apart” (premiered in conjunction with Spotify & Vogue) was sketched out by Green on a flight, Michael Milosh (AKA Rhye) then recorded the verses in Berlin, horns were added in London, then Green did the final mix in his own LA studio. Over a harp device, Bonobo builds a shuffling, emotional drumbeat, those aforementioned horns, piano and bass, over which Rhye delivers a stand-out vocal performance—achingly sweet, full of longing, perfectly understated. It’s extremely beautiful and one of the highlights of an album full of highlights.

Rhye has said of the song:
“I’m so happy Simon asked me to work on this song with him. From the moment I heard the instrumental track it spoke to me more than I can express in words. Being able to work with an artist that continuously makes me envious, like Simon, is where I always want to be.”

The recent release of the single “Kerala” (which premiered via Pitchfork) has been rapturously received. It was #1 on the Spotify Global Viral Chart with over a million streams in its first week and the official video became the 4th most trending on YouTube. In addition, Bonobo’s forthcoming live band show at Brixton Academy sold out in seconds, so quickly that another date was added and that too immediately sold out, a pattern seen across many of the dates of his world tour.

His 2013 album The North Borders went Top 30 in the UK and was number 1 in the electronic charts in both the US and UK. In support of that record, the 12-piece band Green fronts played 175 shows worldwide to over two million fans, including a sold out show at Alexandra Palace. Bonobo has built a large, loyal and engaged global fanbase: over half a million album sales and over 150 million streams on Spotify point to the levels of success achieved by this quiet, self-effacing man.

The signs are all there: Migration, which also features Nick Murphy (FKA Chet Faker), Nicole Miglis of Hundred Waters and Moroccan band Innov Gnawa, will take Bonobo’s beautiful, emotive, intricate music to an even bigger audience. “My own personal idea of identity has played into this record and the theme of migration,” Green explains. “Is home where you are or where you are from, when you move around?” The personal, it seems, can also be universal. 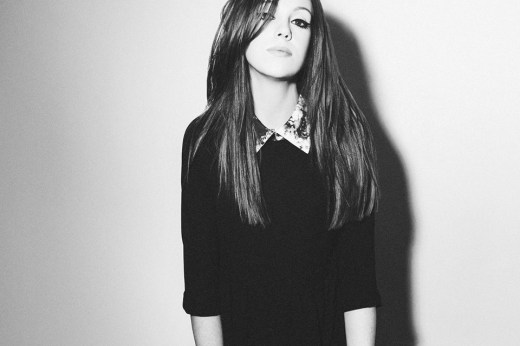 Here’s the stylish video for the new single “Cold Front” from r&b-hinting rising star Laura Welsh, produced by Robin Hannibal from Rhye. Cold Front EP is out July 14 through Polydor/Outsiders. Pre-order now at iTunes and get Cold Front instantly.