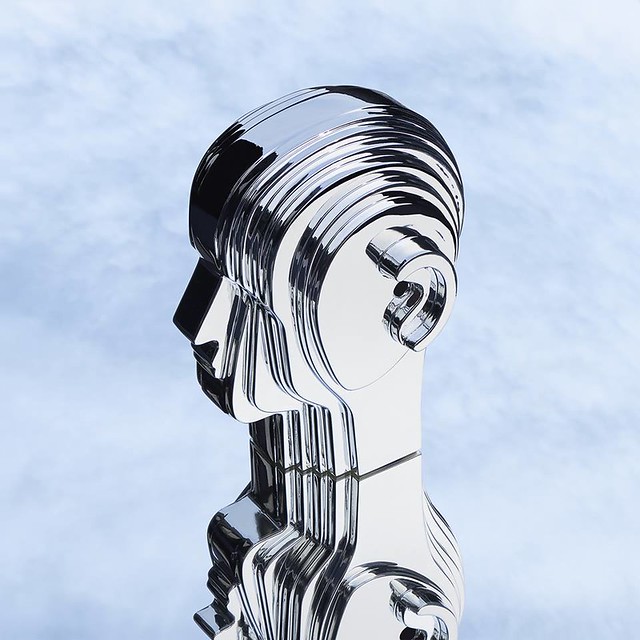 Video: Oscar and the Wolf – The Game

The Game is a snarling shadow pop behemoth that set media alight and has already garnered over 1m streams in a few short weeks. Directed by photographer Marie Wynants and co-directed by psychiatrist Thieu Seynaeve, the visual accompaniment is a slow-burning scene set in the enormous Boris Goldwood decorated-Baroque mansion in the heart of Antwerp.

Drawing inspiration from Oscar Wilde’s The Picture of Dorian Gray, where Lord Henry quotes “The only way to get rid of temptation is to yield to it”. The video depicts Oscar & The Wolf’s alter-ego Max Colombie, as a ‘game-maker’ who is notorious for his secretive gatherings. Styled by Zoë Hordis in Ann Demeulemeester, AF Vandervorst and Café Costume, the haunting visual sees his guests plunge into a decadent and sinister milieu, gradually becoming enslaved to the wishes of their host.

Already a multi-platinum household name in his native Belgium, 2016 has seen Colombie sell out the 20,000 capacity Sportpaleis Arena in Antwerp, take SXSW by storm and headline Pukkelpop festival above Rihanna and LCD Soundsystem where his electrifying performance was lauded by industry tastemakers and fans alike.

Irish dance-pop queen Róisín Murphy has shared the self-directed video for her latest single “Exploitation“. Taken from her upcoming new album “Hairless Toys”, her first solo record in eight years, out on May 11 through Play It Again Sam. Pre-order here.

“It’s the story of an actress and a love affair. It’s about selling out, manipulation and exploitation within creative work and in a relationship. It’s ironic because as my own director I’m exploiting myself (if that’s possible) but I am manipulating you,” Róisín Murphy

Irish dance-pop queen Róisín Murphy will finally return with a new eight-track release, entitled “Hairless Toys”, her first solo LP in eight years! Below you can stream the album’s six-minute opening track, called “Gone Fishing”, which was inspired by the iconic 1990 documentary “Paris Is Burning”. “Hairless Toys” will drop on May 11st 2015 through Play It Again Sam. Pre-order here.

Oscar and The Wolf – Entity LP

‘Entity’ is the full album debut from Oscar and the Wolf following the release of two EP’s and a tour itinerary that appears to map a concerted attempt to play every corner of Europe.

Both musically and visually, the heart of Oscar and the Wolf is one Max Colombie who, having composed much of the album in his bedroom in Brussels, then recorded in both London and in his native Belgium.

Any number of adjectives could attributed to ‘Entity’ but in essence the twelve tracks delve into Max’s heart and soul – idiosyncratic synth pop overseen by the much lauded multi-instrumentalist / producer Leo Abrahams (Brian Eno, David Byrne, Jon Hopkins, Wild Beasts) who mixed the album in London.

Minimal moodiness, sensual soundscapes, sometime sombre futuristic ambience coupled with the beguiling, often enthralling persona of Colombie, ‘Entity’ is the first step into the alluring world of Oscar and the Wolf, one that is set to open up over the coming months.

‘Entity’ will be available through Play It Again Sam on October 13th 2014. Until then, you can download for free the Friends in Paris remix of album’s cut “Strange Entity“, below.

Oscar And The Wolf shared the video for current single ‘Strange Entity’. Homage to the story of Orpheus from Greek Mythology which sees Max Colombie descend in to Underworld to rescue his one true love – Eurydice (played by rising Belgium talent Lize Feryn).

After releasing 2 EP’s – the ethereal folk tinged ‘Imagine Mountains’ and the more rhythmic and epic ‘Summer Skin’ – and playing shows all over Europe, Oscar and The Wolf is ready to unleash ‘Entity’ the debut full length album. Mixed in London by acclaimed musician/producer Leo Abrahams (Brian Eno, David Byrne, Jon Hopkins, Florence and The Machine, Wild Beasts), it is set for an October release.

Oscar and The Wolf have been polishing and crafting their sound and songs for years till they found something truly unique and brilliant. Cantered around the otherworldly voice of singer Max Colombie, OATW’s sound is both classic and futuristic. Electronic textures, deep, dark and sensual grooves, Erik Satie-like piano parts, incorporating minimal techno as well as luscious electro r’n’b. Oscar and The Wolf are capturing the ‘now’ into sound with spectacular results.

Strange Entity will drop on August 4th 2014 via Play It Again Sam.

Tags: Oscar And The Wolf, Play It Again Sam, video