Cenizas – Out Now on Other People

Against All Logic Mix (Nicolas Jaar)

Tags: against all logic, mpfree, nicolas jaar, other people

A.A.L (Against All Logic) aka Nicolas Jaar

Tags: a.a.l., against all logic, nicolas jaar, other people

Following on from Reckonwong’s Magical Journey mix and Nicholas Jar’s latest album, ‘Sirens’, VA native Ot To, Not To will release his new album on NYC label Other People this November.

Ot To, Not To is the alias of Ian Mugerwa, a VA based musician who makes experimental RnB. Combining low fidelity electronic recording techniques with unconventional song structures, his music pays homage to dusty old blues recordings.

Mugerwa first beginning making ‘Goshen’ age 19, after leaving his hometown of Fairfax for Richmond. Whilst sleeping on friend’s floors, he would sneak into the Virginia Commonwealth University’s (VCU) music facilities at night, with borrowed audio equipment and record until the early morning. Here he began exploring new aesthetics in Black Music through the use of non-traditional methods, creating RnB that starkly contrasts the clean, sterile contemporary form.

On lead single ‘Regretta II’, Mugerwa subtly layers white noise synthesis to create a damp backdrop to the arrangement, whereas on tracks like ‘Withdrawal and Restraint’ and ‘Never’ he layers, he mixes 40+ cello tracks to create the illusion of a full orchestra. Throughout ‘Goshen’, Mugerwa also used button click samples to create the illusion of audio triggering. All tracks were recorded using a combination of both Ableton Live and a broken Tascam 4-track tape deck — most of the drums were recorded last.

deliberately focuses on experimentation within the context of pop music, believing that music is most innovative when unorthodox ideas are made accessible to all.Ot To, Not To Througout ‘Goshen’,

The album draws influence from Mugerwa’s appreciation for imperfection and tape recording, the compositional variety of Jim O’Rourke and bands like Sweet Trip and Coil’s informed use of synthesis, rhythm and mood, as well as artists like Phil Elvrum and Mark Hollis. In addition, ‘Goshen’ is steeped in the countless tapes of Congolese, Zairian and Afro-Latin music played to him throughout his childhood by his Ugandan father.

Tags: Ot To, Not To, other people 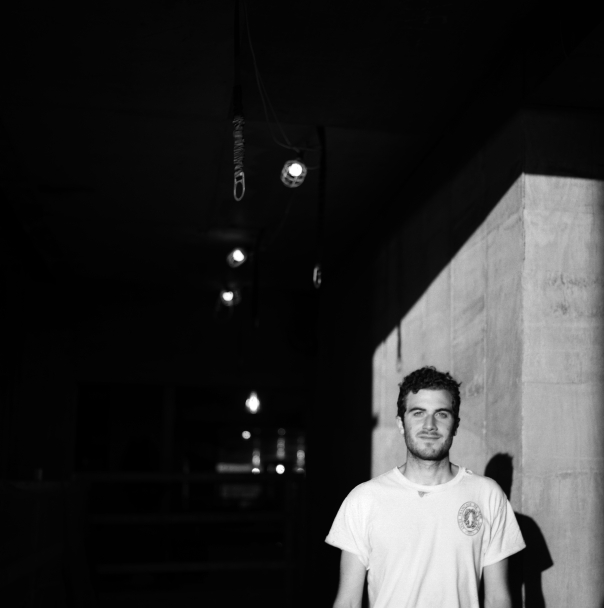 Critically acclaimed Chilean electronic artist and producer Nicolas Jaar’s upcoming full length LP, Sirens, is out digitally September 30 and on CD and vinyl October 14via Jaar’s own Other People label. The album—which consists of six tracks that each flow seamlessly into the next—is Jaar’s most topically cohesive and politically-minded record to date. Sirens is available for pre-order at https://store.other-people.net/ and via iTunes at http://smarturl.it/nj_sirens_itunes

Jaar is embarking on a tour this fall with tickets for all shows on sale now. The complete list of tour dates is below.

Additionally, Jaar recently launched his ambitious new online project, The Network, which fans can explore at http://other-people.network. Sirens will premiere via Channel 333 on The Network in the coming days.

Currently based out of New York City, Jaar has received extensive critical praise since the release of his debut 2011 album Space Is Only Noise. He has contributed to BBC Radio 1’s prestigious “Essential Mix” series, winning “Essential Mix of the Year” in 2012, and has performed alongside friend and collaborator Dave Harrington in Darkside. Jaar is founder of the Other People imprint, which has put out releases by a diverse group of artists ranging from Lydia Lunch to DJ Slugo.

Critically acclaimed Chilean electronic artist and producer Nicolas Jaar announces huge run of live shows, with tickets on sale for all shows this Friday. See below for a complete list of dates.

Jaar recently launched his ambitious new online project, The Network, which fans can explore at http://other-people.network.

Currently based out of New York City, Jaar has received extensive critical praise since the release of his debut 2011 album Space Is Only Noise. He has contributed to BBC Radio 1’s prestigious “Essential Mix” series, winning “Essential Mix of the Year” in 2012, and has performed alongside friend and collaborator Dave Harrington in Darkside. Jaar is founder of the Other People imprint, which has put out releases by a diverse group of artists ranging from Lydia Lunch to DJ Slugo. 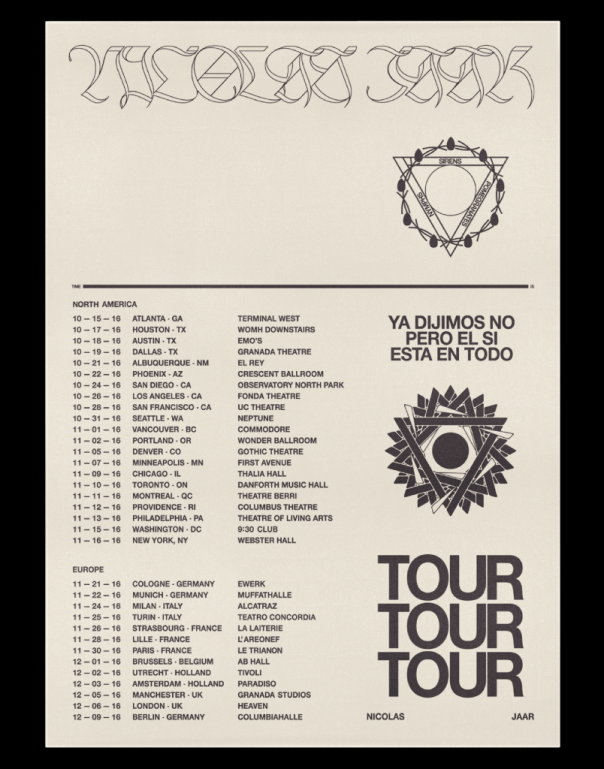 Reckonwrong is a young producer from London whose EPs for Whities and Pinkman have worked diverse influences from the colourful and exuberant ends of techno, post-punk and soundsystem music into a singular and loose-limbed dancefloor sound. His music flirts with goofball humour as much as heart-on-sleeve pathos, adding up to an emotionally rich musical world that will be further uncovered on his forthcoming vocal-led single for Whities.

This mix for Other People is a step away from his club sets and breaks new ground in its idiosyncratic form. While it started life as a live take, the recording has been teased apart with scissors and tape, heavily cut with original vocal and instrumental layers and dubbed into new atmospheric spaces, resulting in a uniquely heady trip which tumbles across the boundaries of its eclectic tracklist and into a vivid psychedelic swirl.

You’re going on a magical journey…

At the start of this month BK-based multi-instrumentalist and songwriter Will Epstein released Crush, his debut album as High Water, on Other People. He recently spoke with Interview about this debut and today premieres with them a new video from the album, for the track “Bad Touch.”

The “Bad Touch” music video is the latest micro-cinema from High Water. Set in a deep-woods hut, the film is a visual return to the drafting table–one that zips up the nuclear potential of a tumultuous heart into a single room. A piano, ten fingers, two eyes, a mouth, and a window–a metronomic montage of a many-eyed surveillance network turned inward. The swift, smooth cycling of images cradles both the sputtering, palpitating beat and Epstein’s sweet-yearning, incantatory vocals. Behold here High Water, perched upon the bedroom transmitter, as he syncs up to the creator/destroyer frequency of the cosmos above. So good luck…