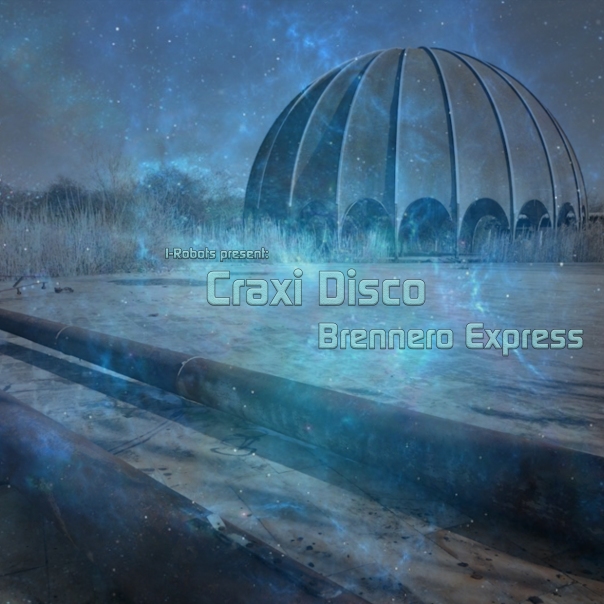 Opilec Music is pleased to announce the re-release of Craxi Disco’s 2011 classic ‘Brennero Express’, which has been specially remastered and now includes a remix from Spanish producer James Rod.

Craxi Disco, aka Gianni Crucini, is an Italian producer based in London. After years playing synths in a krautrock band and as resident at the famous Italian music temple Link, he also promoted plenty of Italo disco nights in the UK. Nowadays he is known as a heretic of Italo cosmic tradition who has brought the sound into the new century with a strong emotional and transcendental vision that separates him from the crowd.

His tune ‘Brennero Express’ is a cosmic adventure soaked with a parochial ‘80s Italo’s mood and a worldlynostalgia linked to the hippie culture of the 70’s that ended in a sewer overrun with post punk and football hooligans. The track is like a hypnotic night drive on the Brennero Autobahn which connects the Italian Adriatic Riviera and Germany. It’s like a motorik jamming session between Pink Floyd’s David Gilmour and La Dusseldorf and will really carry dance floors away.

Then comes James Rod, a disco, funk and boogie talent who releases on labels like Paper and Midnight Riot as well as his own Golden Soul Records, always with a dynamic style. His Power Guitar Remix is a slower, squelchy, 80’s soundtrack-style stomp which has been extended for the new generation of nu-disco cosmic turntablists.

This is another cultural release from the ever classy Opilec Music label. 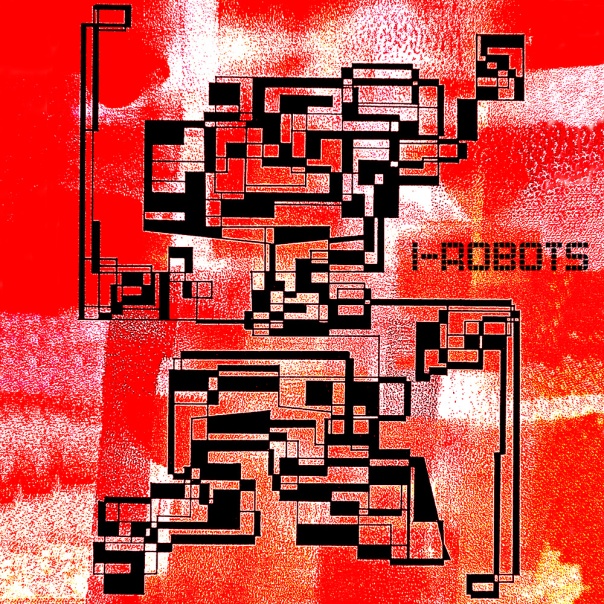 Opilec Music’s eclectic remix series rolls on with another essential package, this time tackling a single from label boss I-Robots’s Law of Robotics album back in 2008. Adding their own spin to things are Red Axes and Hiroshi Watanabe aka Kaito after the likes of Kuniyuki Takahashi, Djembe Monks, Danny Ocean, Los Hermanos, Gary Martin, Alexander Robotnick, Daniele Baldelli & Marco Dionigi have all stepped up previously.

Israeli duo Red Axes go first, a pair known for mixing up synths and guitars in exciting new ways on labels like Hivern Discs, I’m A Cliche and ESP Institute amongst others. Their excellent version of the track re-works it as a deep and spine tingling house cut. Moody chords lull you into a hypnotic and zoned out groove that is finished with some intoxicating spoken words.

Hiroshi Watanabe aka Kaito is next, an acclaimed Kompakt and Transmat artist who makes succulent techno with ambient atmospheres. His brilliant version here is just that, with cosmic chords and slippery rubber beats carrying you away into the night. Warm and inviting, it elevates you to the next level over its long length, it is a classy bit of techno that also comes as a stripped back instrumental version.

After this vital EP come more remixes from the same album, they will all then be put together on I-Robots – Laws Of Robotics 10 Year Anniversary album in 2018. 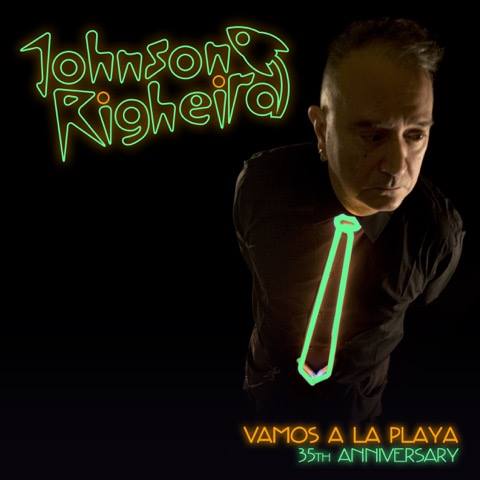 Opilec Music is back with another culturally significant release and one which is the first part of a forthcoming compilation series project entitled I-Robots – Turin Dancefloor Express – Piedmont Area Rare Grooves, Disco & Not Disco Sounds. It features a seminal Italo disco track by Johnson Righeira (who also re-recorded the vocals specially for the 2016 Remakes) in its original 1981 demo form as well as with reconstructions by the label boss I-Robots plus acclaimed Italian disco stars Baldelli & Dionigi.

This cult and pioneering track was found on a 1981 C90 tape in the vaults of Susanna Massaia, a close friend and fan of the man who made it, namely the legendary Johnson. He is the original solo songwriter of the tune and its great chorus of “Vamos a la playa, oh, oh, oh” (full lyrics can be read here). He recorded it with the mighty Monuments band at TKS studio and years after he formed Righeira (aka the duo of Johnson and Michael) and the track was produced with la Bionda and went on to sell more than three million copies, making it an evergreen and still classic hit in the worldwide disco scene. Hearing this track in early original form is a real landmark moment that takes us back to the hugely influential Turin scene of the 80s and re-writes the history of early Italo.

In original form ‘Vamos A La Playa’ is a dark and broody disco beat with tight drums and hits, robotic, de-humanised vocals and futuristic synths that laid a clear blueprint for years of dance music to come. The I-Robots Reconstruction is crisp and clean, with even more magical synth lines stitched in and a more spooky lead.

Contemporary stars Baldelli & Dionigi then step up to produce some great new versions. The first is a Cosmic Remake that updates the track for modern dance floors with hard hitting drums and stiff percussion that really demands you dance. I-Robots then edits this with a subtle touch that makes it even more direct.

Then comes a brilliant Cosmic Bizarre Remake that is skittish and kinetic, with busy synths and warm organ chords bringing lots of fast energy to the beat and finally, plus a Bizarre Remake that focuses on the freaky synth lines and a straight Remake that offers yet another sympathetic twist full of vibrant colours. Lastly for the remakes, I-Robots edits this one into a smooth and retro sounding but futuristic cut that bubbles and bristles with disco energy. Last but not least is an original demo version of ‘Disco Volante’ a much more carefree and playful track with quick and slick drums, fluttering vocals and al fresco synths bringing the good times.

Once again this is a vital project from the ever conscientious and culturally astute Opilec Music label. 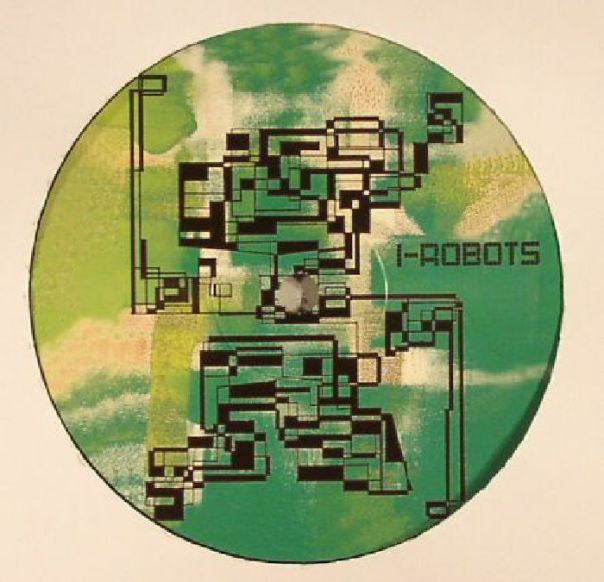 Continuing with a series that focusses on brilliant remixes of I-Robots originals, Opilec Music now bring together two more Italian legends of the scene in Alexander Robotnick and Daniele Baldelli & Marco Dionigi. They both turn out reworks of ‘Kind of Intrigue’ from 2009 as part of an on going project that is all based around the impact of Isaac Asimov’s Laws of Robotics and features art by Tamami Saito. Santiago Salazar and Mr. Raoul K, Los Hermanos and Gary Martin and more are all part of this on going concept which again comes up with the goods here.

Alexander Robotnick is a living electronic music legend from Italy who pioneered an Italo disco sound in the 80s and is still going strong. From scoring films to remixing big name stars via turning out essential electro tracks, he is a top talent who proves that once more here.

His excellent version of the original is built on firm kicks and has big colourful chords, wavy bass and twinkling melodies all making for a serene, spaced out groove. Muttered vocals and sci-fi signifiers all make it a hot and steamy affair perfect for summer sessions.

Daniele Baldelli is a cult star from the Italo world and here he teams up with Marco Dionigi to make for a dream production pairing. Dionigi is boss of Quantistic Division and has turned out many seminal albums and EPs since the mid 90s. He was there at the birth of digital technology, has created new genres such as Slow Motion and knows how to cook up a hypnotic melody, as evidenced here.

Their take on ‘Kind Of Intrigue’ is more subtle and stripped back. It has widescreen synths stretching in all directions, wet and gurgling disco arps and spoken word monologues musing on robots. It is perfectly trippy and analogue and is stuffed with classic Italo vibes of the sort that will make it a big hit with boat parties crew and Balearic lovers everywhere this summer.

This package is another in a long line of classic but modern disco releases that prove Opilec Music does things properly each and every time. 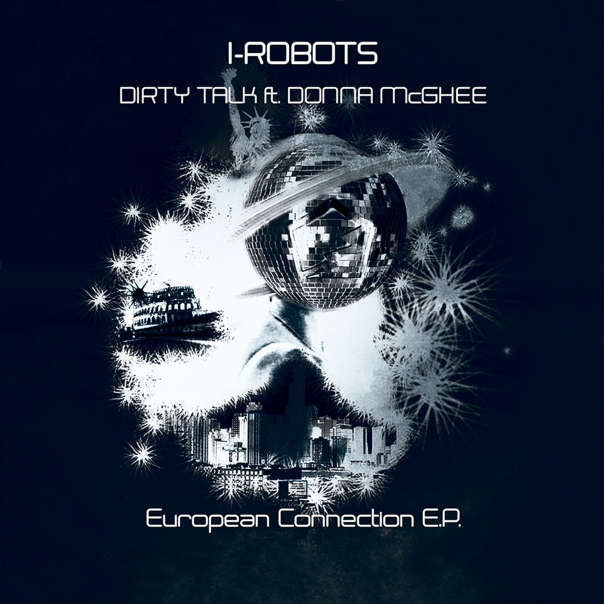 The next project on Opilec Music is a fine EP produced by label boss I-Robots together with the legendary Piatto brothers, Alessandro and Davide, and comes with an unreleased dub as well as a remix by Rekids boss Radio Slave.

Davide Piatto is a member of N.O.I.A. who co-produced the original ‘Dirty Talk’ single and seminal De-Ja-Vù album of legendary proto-house outfit Klein & M.B.O. in 1982 while Donna McGhee exclusively agreed to provide the vocals for the I-Robots remake released by Opilec earlier this year.

The new version of this track presented on this great new EP uses exactly the same vintage equipment and as such the “Unreleased Dub” is six minutes of dubbed out bliss with pixelated chords, soaring synth lines and slick grooves that come laced with arpeggiated disco dazzle. A rugged bassline underpins the whole thing and it is easy to see why this one is already in such hot demand.

The “Original Acapella”, without any beats, is also included for DJs who like to do their own tricks, and then there is the incredible “Radio Slave Magnetic Feel Remix” already played by Dixon and thus one of the most sought after tunes of Sonar 2015.

Radio Slave is a big Italo Disco fan who wanted to remix this classic for Opilec Music and already Felix Da Housecat is playing it, whilst DJ Hell, youANDme and Rocky Jones from D.J. International Chicago all personally requested it. And no wonder because it is eleven minutes of seriously steaming, slow building and long burning house pleasure with massive rubbery kicks, cleverly filtered vocals and a slowed down bass line from the original that adds serious weight. This is a standout track that cannot fail to get the whole floors attention, and a bonus “Radio Slave Magnetic Feel Acapella” version is also included on the digital release.

After the label put out the original of this track earlier in the year (see the video below), there has been much demand for these remixes, and now they are here no one can be disappointed.