‘Mulholland Drive’ is a taster of The Penelopes forthcoming EP ‘Leave Them All Behind’ and sets the gorgeous, nostalgic tone for songs about loneliness and isolation. In this way, ‘Mulholland Drive’ conjures instantly the classically French tones of Ed Banger disciples Kavinsky or Justice. It’s an equally well-formed and beautifully-formed gem – a moody, glamorous track that evokes the best of 90 and 00s Paris.

The French duo have come together with English producer Mighty Mouse to add his innovative, disco-influenced stamp on the nostalgic ‘Mulholland Drive’. Mighty Mouse has garnered high-praise from publications such as MIXMAG, EARMILK and INDIE SHUFFLE but most recently has been working with side project Du Tonc.

Du Tonc return with with their final single of 2016 and what a double header they’ve delivered. It’s also the first time they’ve released a b-side to a single.

The lead track Wonderland drops on 28th November 2016, but before that we’ve got the 80’s disco tinged synth pop powerhouse, Keep Movin’. The track was previously penned to be a stand alone single, but with so much new music written, they decided to end the the year with a rather large bang.

Keep Movin’ is driven along with another classic Matt Van Schie bass line. The track has a serious groove and one of the catchiest choruses in their discography. It’s another example of their effortless songwriting and unique sound.

Hot on the heels of Slow Down released in June 2016 (another Hype Machine Number 1 on the main chart), Keep Movin’ will be followed by the lead single Wonderland, a song both the boys describe as:

Du Tonc are Matthew ‘Mighty Mouse’ Haymes and Matt Van Schie (of Van She fame). They met by chance in the infamous smokey Parisian basement that was Social Club. Their debut single Darkness shot them into the limelight and has since been featured in the Hollywood movie ‘Entourage’. They are former Hype Machine ‘ones to watch’ and have gained admirers far and wide in the likes of Mark Ronson, Flight Facilities, Tensnake, The Magician, Digitalism and Yuksek. In addition to their singles and mixtapes they’ve reworked the likes of Annie Lennox, Aaliyah and The Pixies to critical acclaim.

It’s been a while since Mighty Mouse has come out of his hole with new music, but in his own inimitable way he delivers a beautiful slab of spaced out, analogue drenched disco, giving the original a slightly more club feel.

Further remixes come from newcomer Loci which you can listen to below. Keep an eye for Matt Van Schie’s blissed out version soon.

Slow Down has already gathered rave reviews, the original hitting number 1 on the Hype Machine Main chart. You can listen to the original in full HERE. 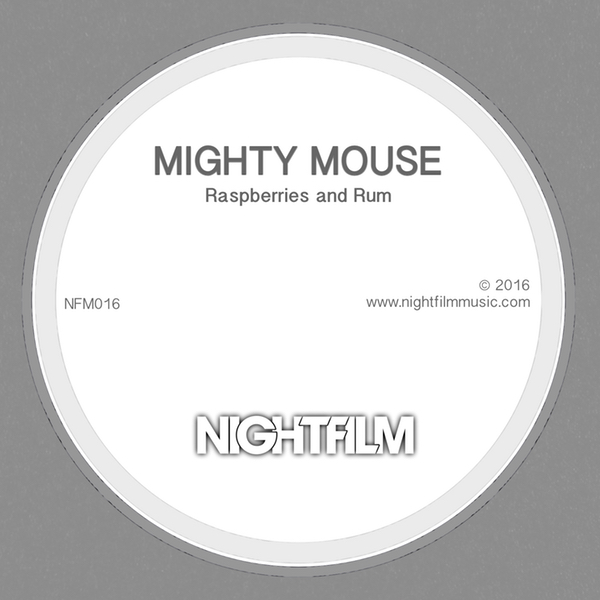 It’s been a while since Mighty Mouse has shared some original material, largely due to him being holed up in the studio working on Du Tonc.

But we’ve a new EP coming from him in July, and this is the third track off the EP. Raspberries and Rum is an analogue rich space inspired disco jam (apparently the centre of our galaxy tastes like raspberries and smells of rum).

The EP will showcase a diverse range of disco-inspired music, continuing his unique and eclectic tastes in electronic music. His band Du Tonc will also release their new single at the end of June 2016 and we’ve got some exciting new talent we’ve just signed to label coming in the 2nd half of the year.

Mighty Mouse returns to the club with a psychedelic piano laden remix for Brooklyn based producer Air Zaire, already gaining support from the likes of Tensnake and Goldroom.

Having spent much of 2015 working on his band Du Tonc and their debut album (now signed to Eskimo Recordings), Mighty Mouse has been carefully refining his own sound and re-affirming his love of disco, techno and electronica.

His remix of Love 94 has spacey synth lines, a 90’s influenced piano riff and a vintage bass groove along with snippet’s of Daniela Cabrera’s haunting vocal. Although distinctly Mighty Mouse, it’s fresh, exciting and taste of what’s to come.

It’s available now exclusively from Beatport for a short time. 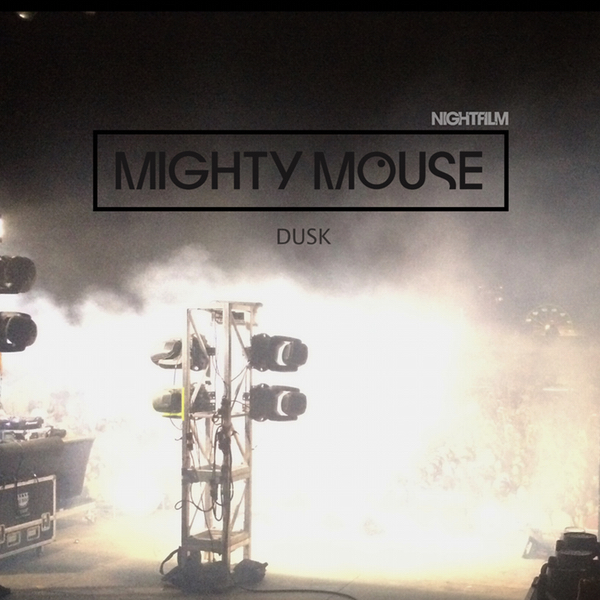 Following hot on the heals of ‘Luna’, Nightfilm label is happy to present the second of three new club tracks from Mighty Mouse to be released over the summer. Laden with Balearic spirit, ‘Dusk’ is perfect accompaniment to a sunset. Taking a darker approach the track builds towards an emotional string hook with disco infused drums, a powerful analogue bass and emotive vocal hook. The third track in the series is coming shortly and there is new Du Tonc music on the horizon. A very busy 2nd half of 2015 beckons. 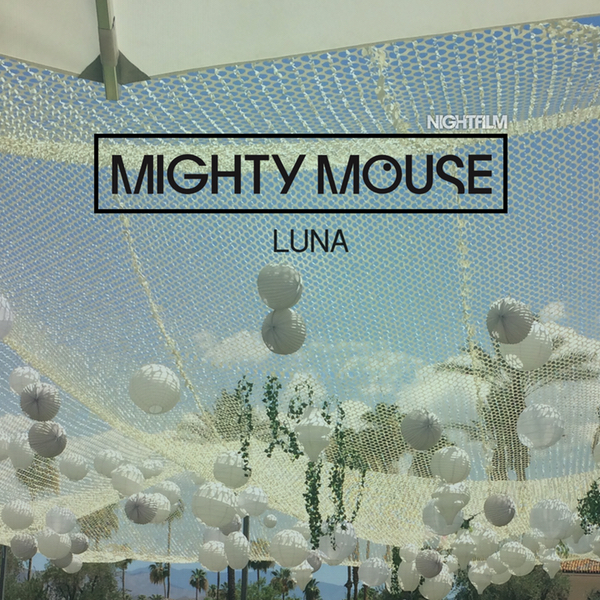 Nightfilm label is happy to present the new single from Mighty Mouse released on 20th July 2015. Known for his prolific output, it would seem the last year has been unusually quiet as far as Mighty Mouse releases go. But he’s been as busy as every in the studio working on something quite special that we’ll be revealing later in the summer. He’s also been working hard as one half of Du Tonc who’ve released two singles so far in 2015 on Eskimo Recordings, racking up over half a million plays on soundcloud.

‘Luna’ is a track he started whilst on tour this year in the US, inspired by DJ sets and made for the club, the first in a string of club tracks to come over the next few months. ‘Luna’ is drenched in pianos with snippets of an uplifting vocal and a thumping bass line. It’s hard not to smile to this disco tinged peak time slice of summer.

Du Tonc are Matt Van Schie and Mighty Mouse, a heady disco tinged partnership that came about during a chance encounter in the basement of the smoky Parisian ‘Social Club’ where both were playing back in 2010 and as they say, the rest is history.

Matt Van Schie is a founding member and current guitarist and bass player for Sydney band Van She. The last decade have seen Van She go from strength to strength, supporting the likes of Phoenix and Daft Punk, thrusting themselves upon a myriad of festivals, headlining their own tours and racking up an abundance of fans along the way. 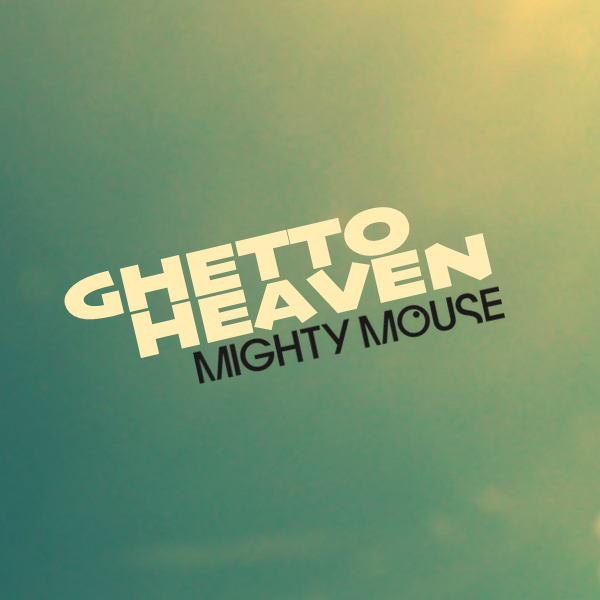 Here’s a new Mighty Mouse track, called “Ghetto Heaven”, which is available as a free download below. It’s one of series of tracks that he’s been making for his DJ sets and he’ll be giving away. His new single ‘Wunder’ will also be dropping later this month.

“I’ve been making tracks for my DJ sets, edits and originals. I’ve always wanted to do something with this vocal, it’s a classic and fits well into the early part of my set, especially when I’m doing 6 hours at XOYO on 20th February. Thought I’d share a few of them with people” Mighty Mouse on Ghetto Heaven.

In case you missed them, Mighty Mouse just remixed Satin Jacket’s new single ‘Shine On You’ on Eskimo Recordings and his new single for Du Tonc dropped a week ago.