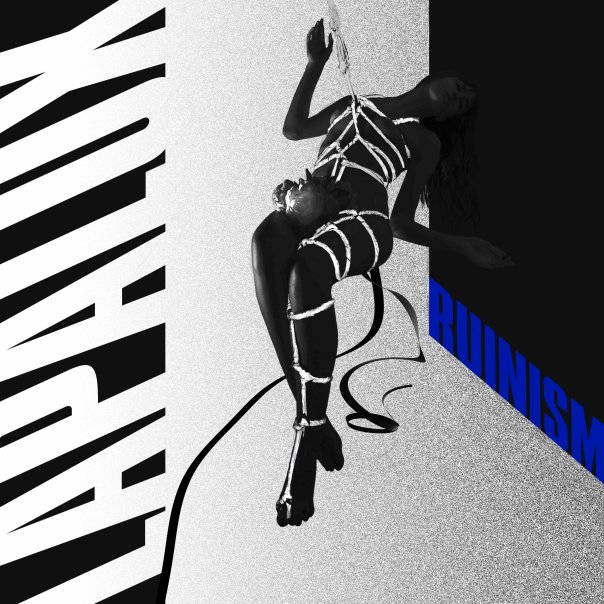 Lapalux will release his third album, “Ruinism”, on Flying Lotus’ Brainfeeder imprint on 30th June 2017. His previous long player, “Lustmore” was partially inspired by the concept of hypnagogia, a suspension of consciousness occurring between awake and sleep states. Throughout “Ruinism” the British producer takes this exploration further, journeying into the more ominous limbo between life and death. In this space where the finite and infinite intermingle, Lapalux sounds more at home than ever.

“‘Ruinism’ is a made-up term I use to describe the way in which blended sound palettes and inspirations interact with one another to form this album,” he explains. Using 100% hardware and real instruments for the first time in his career, he recorded synths and drum hits and re-sampled, re-pitched, twisted and blended the sound “until it was ‘ruined’” and then salvaged it again in an attempt to make something coherent.

Lead single ‘Rotted Arp (feat. Louisahhh)’ imbues this idea more aptly than any other track on the record according to Lapalux. “It sums up the whole idea of this record… having Louisahhh’s vocals made me think of this track as a much more meaningful piece and helped me push it further and further into a developed abstract dance track”.

Elsewhere on the album, the ethereal ‘Falling Down (feat. JFDR)’ communicates a near angelic sense of hope and possibility despite the inaudible nature of granulated vocals performed by Icelandic singer Jófríður Ákadóttir (JFDR) of the bands Gangly, Pascal Pinon and Samaris. Similarly, ‘4EVA (feat. Talvi)’, winds through a cloudy haze reminiscent of the space between life and death and remains there like a slowly dying pendulum. There’s a warm elevation across the female-driven tracks that, as it unfolds, stand in stark contrast to the industrial and often discordant beginning of the record, most noticeable on cuts like the menacing ‘Data Demon’ and chilling opener ‘Reverence’, which was inspired by French Dada artist Frances Picabia’s 1915 painting of the same name.

Lapalux will play a trio of album showcases in London, Paris and Berlin at the end of May.