DJ Shadow – The Mountain Will Fall

DJ Shadow is back with The Mountain Will Fall, his first full length album release since 2011, out June 24th. The 12-track LP includes collaborations with Run The Jewels, Nils Frahm, Matthew Halsall, & more. The album is available for pre-order today on TheMountainWillFall.com. Bundle options include The Mountain Will Fall t-shirts, posters, and limited edition screen prints signed by DJ Shadow and legendary UK street artist Paul Insect.

Head over to Pitchfork now for an exclusive Q&A on the new album, and premiere of title track “The Mountain Will Fall” here.

Pre-order the album now at https://DJShadow.lnk.to/TMWFSN. All pre-order bundles include an instant download of the eponymous first track from the album called “The Mountain Will Fall”, and all customers will receive the full download of the album on June 24th, 2016.

On July 6th, 2015, I started working on my fifth solo album. I’m excited to announce that it is finished, and ready for you all to hear. It’s called “The Mountain Will Fall,” and it features Run The Jewels, Nils Frahm, and Matthew Halsall, among others. Songs will begin to emerge in the coming days and weeks, but the official release date is June 24th via Mass Appeal Records and Liquid Amber. In addition to the standard digital/ iTunes version, there will be double vinyl and CD examples, as well as some limited goodies we’re putting together for fun. If you go tothemountainwillfall.com, you can sign up for additional updates from me as we draw closer to release.

I truly appreciate all of the support I have received in my 25 years of sharing music, and I’m honored to have the opportunity to do so again. I’ll be doing solo shows again starting in late June and continuing into next year, so I hope to see you all very soon.

Dj Pound, aka Danny Gonzalez, is the latest producer to earn the support of the legendary DJ Shadow and his imprint, Liquid Amber. The Chula Vista native has earned features on Boiler Room and NEST HQ while support from his peers G Jones, Herobust, and more have shown that Dj Pound is quickly becoming a force to be reckoned with in the bass world. Gonzalez describes his sound as an “instrumental electronic kind of hip hop with really loud booming bass,” and his debut Liquid Amber release “Trades,” fits that description perfectly. Take a listen:

Released as the 3rd installment of the Liquid Amber Digital Dubplates series, “Trades” is everything fans have come to expect and love from a Dj Pound anthem. The hard-hitting trap influences and twists of hip-hop flair make for a triumphant crossover slice of sample-laden magic, one that fits perfectly with the California-based Liquid Amber vibe. An EP is also rumored to be coming out on Saturate Records later this year as it’s all coming full circle for this ground-breaking young artist as he makes his mark on the ever-evolving music scene.

Digital Dubplates is a new branch of the Liquid Amber family tree focusing on digital-only, single releases from up-and-coming artists. The series launched in 2015 with “Soda Pop,” from Wisconsinite Noer The Boy, followed by Dutch duo Know V.A.’s “Vomar.” 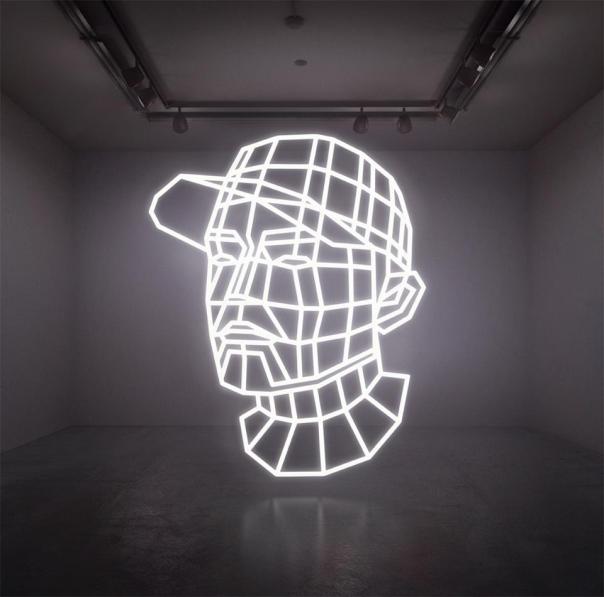 About a year ago, DJ Shadow launched his Liquid Amber Imprint with an EP of the same name, and since then, we haven’t heard any new solo material from him.  However, that is about to change. He’s been hitting it hard in the studio for several months, and has decided in keeping with the Christmas spirit to gift us with “Swerve.”  This battle weapon bumps hard, and will certainly spice up your holiday celebration.  Listen and download below:

DJ Shadow has been working on his new material that’s in all shapes and forms and this track is just one small piece of the larger and more diverse project that will be his LP next year.

Enjoy, and keep an eye out for more from DJ Shadow in the new year!

In an exclusive chat with Billboard, DJ Shadow and G Jones have revealed how their musical alias, Nite School Klik, came to fruition. The team up represents a new chapter for both Shadow and G Jones as they embark into a musical landscape of darkly- tinged melodies and bass-y builds that are the product of years of innovative sound design.

The story begins with DJ Shadow on the road in 2012 along the All Basses Covered Tour, where he ventured away from his trademark sample-heavy sets to seek out new and current sounds. After rummaging through sites like Soundcloud and Bandcamp, Shadow stumbled across the Saturate! label, the home of acts like Bleep Bloop and G Jones, and began playing their music in his sets. During a fateful set in California at bass rave Emissions in 2013, Shadow played out his new findings, dropping tracks by both Bleep Bloop and G Jones. After his set, a young man called to him saying “Hey man, you just played some of my music,” and he introduced himself as Aaron Triggs, aka Bleep Bloop.

Bleep Bloop turned out to be a vital dot-connector who linked up his good friend G Jones and Shadow. Shadow then sought out Jones, who he asked to open for his 2013 Seattle gig. After witnessing Jones’ skills on Ableton first hand, skills that Shadow describes as “super efficient and quick,” Shadow decided to make their musical relationship more permanent with the formation of Nite School Klik. “Jones’ real strong suit, in addition to putting beats together, is as an engineer,” says Shadow. “It’s one thing to understand music engineering, but it’s another thing to execute it well.”

The mystery began swirling when the duo anonymously appeared via lead single “Posse” on a G Jones mixtape back in February 2015. “Posse” is the first taste of the NSK sound, a sound Shadow and Jones describe as “Heavy, abstract and headsy, no real name/genre – but with a kind of dreamy/sci-fi feel to it.” With this sound, Shadow and Jones are attempting to push the boundaries of the music they are drawn to, and tracks like the epic, cinematic second single “Nice Nightmares” showcase their desire to push both genre boundaries and perceptions with the duo.

“He has a whole different perspective on composition and making electronic music. Going into it, I didn’t really know what to expect because he’s a legendary artist I looked up to for a long time. We’re trying to make something that sounds like cool, contemporary and heavy hitting bass music that’s between genres. Something a bit more experimental — songs as opposed to DJ tracks.” – G Jones

Embarking on a new alias project is an unforeseen move for Shadow, as the last time he took on a secret project was as The Groove Robbers in the early 90s. The reason behind selecting a mysterious pseudonym for the project was both artists’ desire to experiment with new sonic elements and not feel the pressure of appealing to the connotations of their already established sound. “I’m trying to conceptualize my music in new ways,” reveals Shadow, “not necessarily trying to push the Shadow brand, but have the music be heard first without anyone trying to claim it. That’s why I didn’t want to come out at first and say who NSK are. My alias had tactical reasons 20 years ago, and NSK has tactical reasons now.”

Stream Posse and Nice Nightmares below and download them for free here and here respectively, via Liquid Amber.

In August 2014, the world-renowned artist and turntablist DJ Shadow launched his own imprint, Liquid Amber, with the release of his first originally recorded material since 2011, an EP of the same title. The imprint is also a platform for Shadow to release and support music from artists he follows and believes in, the first of which is from fellow California native, Bleep Bloop (Aaron Triggs), with his 3-track EP ’10 Watt Lazers’ set for release on December 9th 2014.

After a slew of original tracks, remixes, and collaborations that made waves through the electronic avant-garde music scene, he is getting ready to release his debut EP on the DJ Shadow-fronted imprint. The 3-track EP will get those unfamiliar with his unique style well-acquainted with his sound that can only be defined as #OUTERSPACE.

Bringing a crunchy, lazer-filled onslaught of new spacey creations, from the EP’s wobbly title track to the hip-hop-infused grime banger ‘Denial,’ Bleep Bloop is set to put himself on the map as one of the scene’s most promising young artists.

Having grown up listening to Jazz & Blues and artists like Screamin’ Jay Hawkins and Tom Waits,Bleep Bloop has combined these inspirations with his fascination of space to, in his words, “take people to the dancefloor in the sky.” The release of which its name was inspired by the kind of lasers used at Burning Man’s Camp Q, is set to showcase the young artist’s impressive production skills, while establishing his own unique brand of electronic music. Watch Bleep Bloop perform at Burning Man’s Camp Q here.

DJ Shadow and Bleep Bloop first linked up at Camp Questionmark’s 2013 Emisions Festival when he heard DJ Shadow playing one of the tracks featured on his Tilt EP. Bleep Bloop later collaborated with DJ Shadow on ‘Blast Off,’ a union of two artists that Do Androids Dance calls “a partnership that totally makes sense since both producers are rooted in hip hop but have taken it to amazing and bizarre places.” Listen to ‘Blast Off’ below.