‘’Do U Want It’’ is the way Lou chooses to present herself in the wide audience. She loves to speak through electronic music and her playful voice. Thoughts on paper converted into sounds, in parts with the help of the infamous Lefteris Kalabakas aka Lee Burton. Pop in all it’s beauty. Electronic music through the eyes of a young and determined to succeed girl. A small taste of what her forthcoming debut album will sound like.

But words can hardly describe in detail all those that the needle on the record will reveal. Be sure to keep an eye on this one.

‘Do U Want It’ is out today in all major digital record stores.

Kid Flicks is the experimental pop sonic alter-ego of Athens-based producer, songwriter and graphic designer Nickos Dervisis. After creating two world-music-obsessed dream pop albums recorded through his macbook while traveling around Greece and Europe, in 2014 Dervisis formed an explosive ensemble focusing on the relationship between electronics and samples coombined with live drums and middle eastern percussion.

This ensemble became the creative engine for Flicks’ next self titled full length. Highly inﬂuenced by the bright side of contemporary Athenian life, multiculturalism and the internet culture, Kid Flicks created a unique album, full of upbeat pop melodies, explosive percussion and an abundance of harmonised layers, drawing from various genres and styles. The first singles have already been praised by The 405, Impose Magazine, CBC Arts, GoldFlakePaint and more.

“Kid Flicks” is availabe from Klik Records and wordandsound records.

Buy the Digital Album and Pre-Order the Vinyl Edition (coming June 23) on Bandcamp.

It’s been 3 years since Cayetano’s “Once Sometime” album, which received great reviews from the press as well as amazing feedback and support from artists such as Thievery Corporation, The Herbaliser, Mop Mop and Skeewiff to name a few.

Now, Cayetano is back with 11 different stories about everyday life, love and loneliness to be heard as one. “The Right Time” is the first album where he plays almost all instruments by himself, apart from the guitars, performed by Alex Papoulidis.

From the fusion feeling of “Talk To Me”, or the deeply emotional “Something In You” and “Hold Me Tight”, to the funky “Third World War” and the cinematic “Leningrad”, from the jazzy “Fading Away”, to the pop oriented “Treat You Right” (stream below), “Where The Sun Shines” and “Never Said It’s Easy”, Cayetano creates another sonic kaleidoscope for your special moments.

Electronic music at it’s best. Music with soul and heartbeats by one of the leading Greek artists. Cayetano is back.  “The Right Time” is out on October 19 via Klik Records. Pre-order here.

In June 2015, Greek band Baby Guru officially dive into their Phase 2 with a brand new single, “Glance” and a new label, Klik records, as a home. The first installment in Baby Guru’s Phase 2, finds the band experimenting with different styles, moods and languages while paying tribute to the land of sunshine and welcoming its fourth official member.

Marmalade Skies (Part I)’ is an a cappella short song, playing almost like a canon and Marmalade Skies (Part II)’ is its Moog-arized reprise. ‘Στο νησί της Αφροδίτης’ and ‘Ήθελα να σου πω‘ are homages to the Greek pop-rock scene of the past. Bedouin’s Spiral’ is an improvisational piece, performed live in the studio, while Monday Generation’ is an outtake from Baby Guru’s debut album. The homonymous track is a Brazilian influenced la-la-la sensation and first single Glance’ is Baby Guru’s take on modern pop.

All in all, Sunshine Special’ is a daring, polymorphic mini-album that demands your attention and at the same time, an abstract dedication to the eight shades of summer. Being formed in 2009, Baby Guru is an ever evolving musical organism conceived by three childhood friends, in a basement. Now, six years and three studio albums later, they ‘ve been considered a leading band of the booming Greek rock music scene. Unlike though your typical rock band, Baby Guru play a colorful and otherworldly – sounding psych tunes, as described by Mtviggy after being picked as one of the 5 most interesting discoveries of 2014’s CMJ music marathon in New York.

The new Baby Guru mini LP will be out on September 25th through Klik Records. Worldwide distribution by WordandSound. Stream in full below.

3 years after the release of “Once Sometime”, Greek musician Cayetano is back with “The Right Time”. 11 different stories about everyday life, love and loneliness. All instruments played by Cayetano except guitars played by Alex Papoulidis. Vocals by Georges Perin and Elli. Mastered by Timewarp. Out soon on KLIK Records. Listen to “Something In You” and preview the LP below. 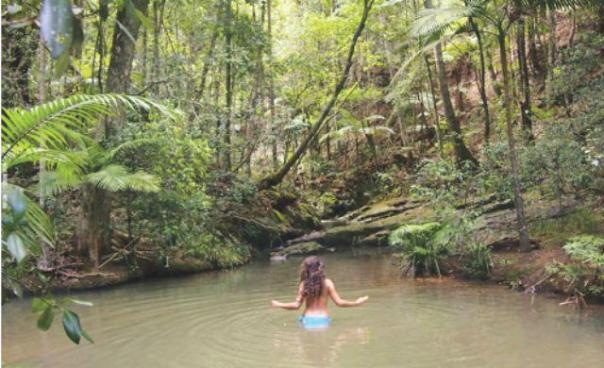 Here’s the second single from Baby Guru’s forthcoming “Sunshine Special” mini LP. A true homage to the Greek pop-rock scene of the past. Out, September 2015 through Klik Records.

After 3 studio albums, rave reviews and being one of the 5 top discoveries at 2014’s CMJ Music Marathon in New York, Baby Guru enter their Phase two with a brand new single release and a new label as a home.

“Glance” is the first track of the band’s forthcoming “Sunshine Special” EP and is released through Klik records. “Glance” expresses Baby Guru’s view of today’s pop music, leaded by the crystal clear Prins Obi’s melancholic vocals. Coming along in a great package with the brilliant King Elephant’s and VGO’s remixes, both mastered by Alexis Retsis. Buy all here.

When one of the most brilliant remixers gets his hands on four tracks from a unique and highly reviewed album, the result is Greek producer’s Lee Burton “Busy Days For Fools, Lake People Remixes” and in one word: amazing. Deepness in all it’s forms, hypnotic vocals, a surprise in every second, the Lake People way. “Breath” already been charted by a great number of legends out there. Can’t miss with something like this. Out now on Klik Records.

ONEIRO…, pronounced o-ni-ro, is the Greek word for dream. 12 Tones’ first ever vinyl release on Klik Records can be described as a dream crafted magically by the duo that represents the new era in the Greek electronic music scene. Based in the western part of the country, their sound is a unique blend of European tech house with the characteristic Mediterranean touch. Pure deepness. That’s what “Oneiro EP” is about….

12 Tones exist as a duo since 2008. Spiros and John joined forces after many years of solo careers as Djs and producers and it was obvious since day one that this just had to be done. Coming from Ancient Olympia, one of the most spiritual places on earth, their music uses the deepness of the place and is garnished with groovy b-lines, live percussions and vocals to create a unique deep tech house sound supported by some of the most respected DJ’s in the world, including Noir, M.A.N.D.Y., Siopis, Tiger Stripes, Tiefschwarz, Benoit, Kiki, Smash TV, Lee Burton and many more. Their releases have found a “home” in a number of highly respected international labels such as Mangali, Rhythmetic Records, Klik Records, Quantized, Method, Avatone Rec.

Their Dj sets are something to look for. An amazing ability to transfer their energy and passion to the audience makes each and every one of their appearances an unforgettable experience. Out September 2014 on Klik Records.

Sillyboy’s Stalker LP is out via Greek-based Klik Records. Get it here.