Jerro explains, “It’s actually pretty funny how this track came about…I had a long-night out at the club, and came home feeling extra ‘inspired.’ So, I started messing around on FL Studio. Woke up the next morning, and saw that I started a track the night before at 5:47am? So, I had a listen, and I actually quite liked it haha…and that’s how ‘Tunnel Vision’ was born.”

“Now that it is finished up, I’m really excited to showcase a different style of music, as this track isn’t like any of my previous releases. It is also my first time working with an original vocal, which Kauf really nailed. It ended up being my most ambitious track to date.”

Jerro’s fusion of melodic house and downtempo sounds originally broke through with his debut The Fool EP via Lane 8’s This Never Happened label. After only six months, The Fool saw strong support from global tastemakers as “Lake Nivu” became the most played song on SiriusXM Chill throughout September 2019, also laying the groundwork for his sophomore Pantheon EP via This Never Happened. Now in the third chapter of his career backed by Anjunadeep, he carries serious momentum into “Tunnel Vision” and beyond.

As for Durante, he broke out via OWSLA’s Nest subsidiary in 2013 and quickly received acclaimed from the likes of VICE and Billboard Dance, going on to establish himself as a force within the house music scene. Recently releasing original tunes via Amtrac’s OPENERS and Lubelski’s Percomaniacs, his “Tunnel Vision” remix is yet another exciting addition to an ever-prolific catalogue.

Following the release of his glacial single “Winte“, Brooklyn based producer BAILE (aka Reed Kackley) continues to tease the release of his upcoming EP with “Leave Me” – a dark and feverish track filled with shadowy synths and unconventional rhythmic arrangement.

“‘Leave Me’ is a track that started with a sample I recorded of myself toying around on an abandoned upright piano near the entrance of my practice space. I built onto that using empty beer bottles for percussion and layering analog synths, acoustic guitar, live bass & rhodes to fill out the instrumental” Reed explains.

Sending the track to LA-based vocalist/producer Kauf, the artist contorted the single into a narrative on impending heartache, beautifully articulating the agonising grief of lost love.

“You know you need to get out but you’re still so drawn to him. Was it only lust, or was there something real to begin with? Both sides in denial. Maybe you can’t get out because you haven’t learned your lesson from it yet. Stagnant, will you wait till rock bottom? Do you need distance from everyone who let you get here to get better?” the vocalist offers.

“Leave Me” is out now, with his EP to follow in March.

Brooklyn-based producer Reed Kackley (aka BAILE) makes his full Anjunadeep introduction with the Painting Out EP. As heard on Anjunadeep 10, ‘Soft Light’ is a thoughtfully constructed journey through BAILE’s visceral production style, whilst LA electronic outfit Kauf provide a compelling vocal feature on the title track. London’s Anii closes out the EP with a tribal-infused club rework to transform ‘Painting Out’ from idyllic downtempo into a tech-heavy club edit. 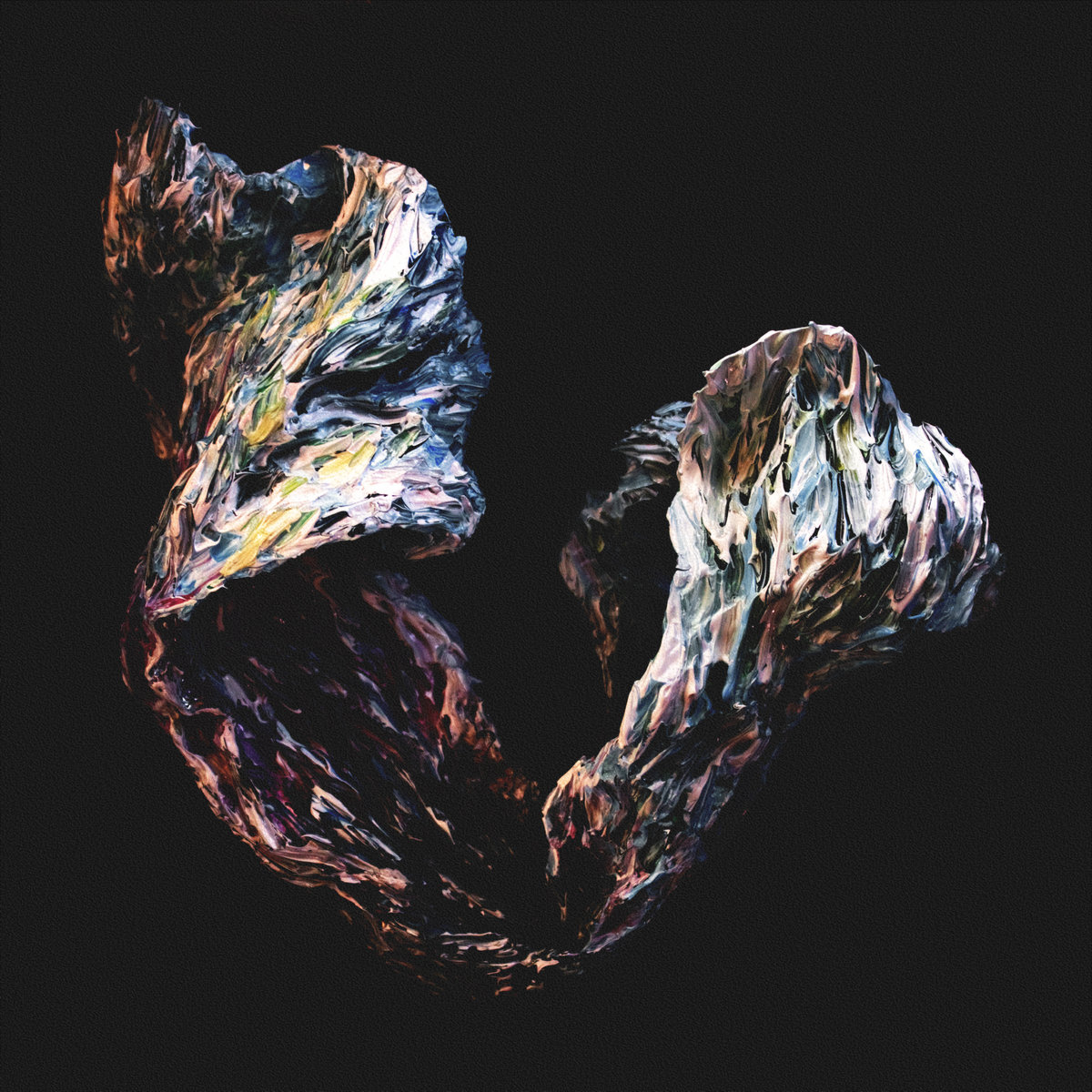 Kauf is back with a new single, Limestone, taken from his forthcoming album, Regrowth, out on October 13. Pre-order here.

A budding forest softly echoes in the distance as rhythmic vocal loops and reverbed pads slowly evolve. Bass floods in and pulsates in odd syncopation while high-pitched calls ring out, signalling something grandiose and optimistic to come.

‘Pacify’ sets the scene – the opening track from Kauf’s forthcoming album ‘Regrowth’. A minute in, it bursts into life with fluttering bells and textures that fill the song to the brim, and the first lines emerge,”You’re carving soft what you don’t need, can I give you a hand?”

The song is a lament on lost opportunities for closeness, but also an offering of help -the outside voice which forges a path that is unseen or feels forbidden. ‘Regrowth’ will be released in early 2017.

After the success of the previous singles ‘Through The Yard’, ‘A Ruin’ and ‘Key To Life’ all making the HypeM Top 10 including a #1, and an LA residency @ The Echo with support from artists like Your Friend, Clara-Nova, and Vōx, Kauf is set for a promising year ahead. Watch out for remixes of ‘Pacify’ from The Big Pink and Jeffrey Brodsky to follow.

As a bonus, check out Kauf’s remix for Grapell’s Arrow, out now Roll Call Records and Strangers Candy.

‘Key To Life‘ is the third track released from Kauf’s forthcoming debut album ‘Regrowth’, which topped the HypeMachine charts on its week of release. Again it takes on difficult relationships and spins it into a whirling dervish of emotions and introspection that are encased in lush melodies and aural textures.

The Ambassadeurs (UK) widescreen and majestic take, draws on the original groove and propelsthe song gently onto the dancefloor. It seems almost a given that this song will be the soundtrack to many sunsets and sunrises.

In the final stretch of ‘Key to Life’, the third introspective peek at Kauf’s forthcoming debut album ‘Regrowth,’ a meditative bamboo flute motif evolves into the central question regarding the power of threatening words on a young mind, when the lyrics, “Warn me you had the key to life” emerge.

Jangly guitar forms the prominent melodic element – a driving force sparingly laid out over an almost tribal, half-time rhythm constructed mostly of hand percussion and a full, electronic bass drum that reaches deep into the body. It’s a somewhat alien setting filled with multi-layered vocal abstractions evoking feelings of isolation, where bewildering experiences must be normalized to survive, until the song explodes with new, invigorating aural textures and old “truths” dissolve like a handful of salt in a wide ocean.

After the success of the previous singles ‘Through The Yard’ and ‘A Ruin’, both making the HypeM Top 10 and being featured extensively on BBC Radio 1 & KCRW,and an LA residency @ The Echo with support from artists like Your Friend, Clara-Nova, and Vōx, Kauf is set for a promising year ahead. Watch out for a remix of ‘Key to Life’ from the UK’s Ambassadeurs to follow.

Response to both singles from Kauf’s forthcoming debut album ‘Regrowth’ has been excellent, with support from BBC Radio 1, KCRW,KEXP, Thump, XLR8R and many more.

In the week of release for ‘A Ruin,’Kauf topped the Hype Machine’s ‘Most Blogged Artist’ chart with 19 posts. Friday, 10th of June, sees the release of Blue Hawaii’ stake on ‘A Ruin’ via Kauf’s own One Half label.

Keep an eye out for the Man Power remix coming soon too. It will be available on Friday on all online retailers and streaming services, but can be downloaded for free until then on Kauf’s Bandcamp.

If you’ve ever needed a soundtrack to your existential crisis, Kauf has made exactly that. Who hasn’t pondered the existence of God or the meaning of life while going full-throttle on the dancefloor. Kauf has achieved the nearly impossible feat of making dance music that is also song led and lyrically complex. There just aren’t that many records that can work in a DJ set and also explore emotional conflicts with your family and society at large.

The project of Ronald Kaufman, Kauf took shape after moving back to his birthplace of Los Angeles. He self-released his first single in 2011 –“Relocate” b/w “When You’re Out,” which quickly found its way into the hands of Dan Whitford of Cut Copy who released the “As Much Again” EP on his own Cutters Records.

His debut album ‘Regrowth’ is out later in the year, but before that he’ll be releasing a few more tracks alongside equally staggering remixes from some of the electronic worlds greatest underground talents. Look out for more original tracks and remixes coming soon….

After spending 2 years together, he can’t extract a positive -the mournful climax repeatedlydeclaring, “You won’t last,” over a noisy bed of arpeggios and swirling chords.

‘A Ruin’,the second release from Kauf’s forthcoming LP Regrowth,is the clear-eyed view of a distant, failed romance. A winding two-minute intro of legato bass guitar, stuttery rhythms and narcotic, detuned synths sets the scene for that crystallization of imminent demise. The facade has withered with time, revealing an impossibly feeble structure beneath.

Free download for the first month via ‘name your price’ on Kauf’s bandcamp page.

Following a masterful take on the first single ‘Through the Yard’ by Fort Romeau, released last month via Permanent Vacation, look out for remixes from Blue Hawaii and Man Powerto follow ‘A Ruin’ shortly.