“’Never’ was mainly inspired by so-called ‘Intelligent Dance Music’ from the mid-’90s, and it went on to become one of my favourite tracks on this album. Orbital were such a formative and pioneering force in this scene and have been a huge influence on my sound. To have them remix one of my tracks is a massive honour for me.

Dutch DJ, producer and label-owner Joris Voorn today announced his highly-anticipated fourth studio album, ‘\\\\’ [four] will be released on November 15 via his new imprint, Spectrum Music. Along with the news, he revealed the next single from the album, the stunning melodic odyssey “Messiah feat. HÆLOS”.

A proper introduction to his full-length LP, “Messiah” is a collaboration with London electronic quartet HÆLOS whose cross-genre output spans soundscapes from trip-hop to shoegaze. The track sees Joris blend a 90s inspired breakbeat and early rave aesthetic with glistening synth arpeggios, layered atop the ethereal vocals of HÆLOS frontwoman, Lotti Benardout.

Voorn’s 14-track album finds its inspiration in the formative era of Europe’s electronic scene in the mid-’90s where the musical heartbeat of the underground was born. Alongside HÆLOS, the album features collaborations with British electronic stalwarts Underworld, spoken word maestro Lazarusman, and Dutch pianist Michiel Borstlap.

Through to album release, Voorn will perform at some of the world’s most regarded festivals, parties and venues including Connect, ANTS, Rave Rebels, ADE, E1 London and more. 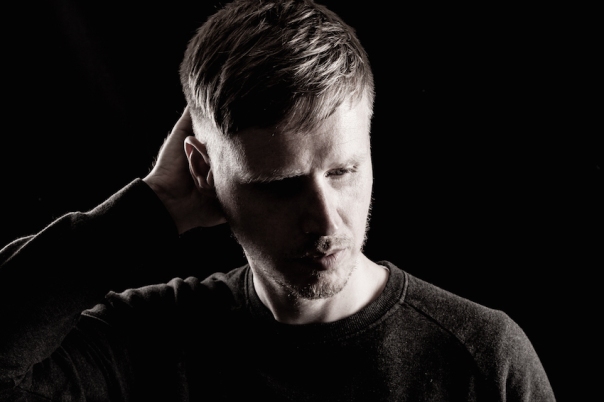 Mixing the 83rd edition of the fabric series is Joris Voorn, whose mix is set to be released on 21st August.

One name that has for some time shone brightly as an ever-progressing talent amongst the pantheon of techno’s leading lights is the Dutch master Joris Voorn. Whilst to some minds a relatively new addition to the playing field, he has been performing for close to two decades, first appearing at fabric with his live show in April of 2007.

“I’d heard plenty of stories about the club, and was honoured and excited to play. The energy was raw and intense, and it was clear that everybody in the room knew what they came for, relentless techno…” – Joris Voorn

Whilst his lifetime membership with the masters is still under growing application, the consistent calibre of his finely detailed production certainly places him in a position of undoubted consideration. He has an ever-increasing discography reaching from atmospheric interludes to broken beats, much of which appears on his own labels Rejected and Green – the latter releasing his critically acclaimed artist album ‘Nobody Knows’ in 2014, which was named by Billboard as their ‘Electronic Album Of The Year’. He has forged a sound in both the DJ booth and the studio that’s both identifiable and individual, which shines through on fabric 83.

“The creative freedom I have when working in Ableton allows me to edit, mix and remix tracks in ways you can’t do with turntables or CD players. Tracks are often used as building blocks in the form of loops and samples in order to create something completely new. Tracks are usually stripped down or minimal sounding to allow for layering and mixing with other tracks. The result is a mix that is more than the sum of its parts.” – Joris Voorn

Voorn weaves together a sinuous tapestry of deep techno from the mere strands of a staggering 65 tracks, cutting, chopping and editing together ambient cuts by Max Loderbauer and TCF with personal favourites pulled from the dusty rafters of his Amsterdam abode, such as Speedy J’s ‘Fill 17’ and Plastikman’s ‘Consumed’, and contemporary melodic techno cuts from the likes of Cobblestone Jazz, John Tejada and fellow Green artists Roland Klinkenberg and Anton Pieete. Meanwhile, brand new Joris Voorn productions ‘Where Have You Gone? (Part 1)’ and ‘Looks Fake Obviously’ exemplify the harmonic twists and pulsing beats that don’t allow you to take your ears away from this sumptuous mix for a single second. 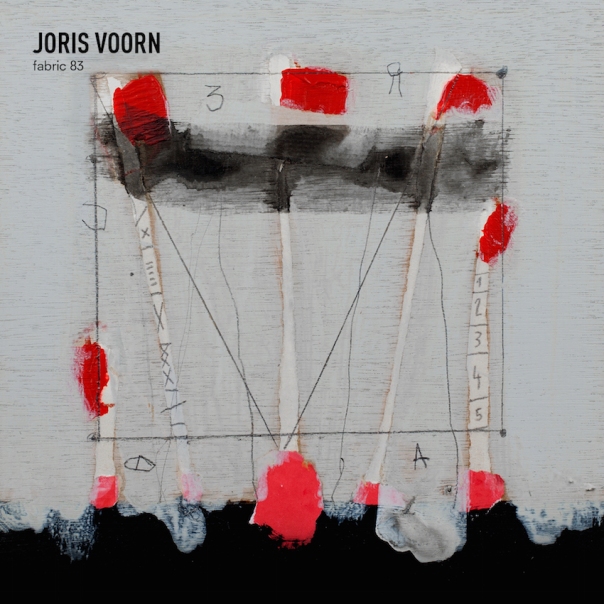 The music industry’s most celebrated tastemaker and a huge fan of the half Danish, half Irish producer, Tong immersed his global audience first in Kölsch’s remix of Eric Prydz’s ‘Generate’, before delving straight into another monster, his take on Joris Voorn’s ‘The Monk’, out today on Beatport and available to stream now exclusively via THUMP.

It’s no secret that Voorn and Kölsch have an extremely close friendship, the latter joining the GREEN head honcho at Paradiso earlier this year for Voorn’s official birthday celebrations. Taken from his 2014 album ‘Nobody Knows’, ‘The Monk’ is an exquisite, delicate, sweeping work of art that Kölsch recrafts by concentrating on the more active areas of the single. Bringing the pulsating percussive and synth elements to the fore, he allows the track to move differently, in a new dynamic, as much more of a club instrument than the original. The result is a remix that holds true to the grace and elegance of Voorn’s production but redefines itself with the dance floor firmly in mind.

The only producer this time round to have been tasked with the job of taking on one of electronica’s greatest, Kölsch’s remix of Prydz’s ‘Generate’ is an absolute masterclass in the art of tantalization. Subtle, elegant and masterfully drawn out, Kölsch dims the vocal top line, eliminating the sultry pop elements of Prydz’s cut and seducing it down into the darker depths of peak-time, eyes-closed euphoria. Another example of his ability to tease and weave layers of emotive composition, he gradually eases us towards that elusive point where the dance floor loses its identity, transported en mass to areas of natural ecstasy purely through the power of music.

As the “producers’ producer” readies himself for a two week tour of Australia beginning June 4th, the imminent release of ‘1983’, a string of dates at Ushuaia in Ibiza and across the international festival circuit, fans of Kölsch will have plenty to get their teeth into over the summer months, starting with these two exceptional remixes.

Röyksopp – I Had This Thing (Video + Remixes)

Here is the brand new video for Röyksopp’s new single ‘I Had This Thing’ – taken from their recent album ‘The Inevitable End’. (Dog Triumph via Wall Of Sound and Cooking Vinyl.)

The video depicts a couple in love, separated after an argument. The girl is trapped in her car, witnessing apocalyptic scenarios unfold. We question if they ever are to be re-united as the world comes crashing down. Her love is the only person she wants to be with, but it’s too late. He texts her “I never meant to let you go…”.

The battle between reason and desire is a theme that runs throughout ‘The Inevitable End’ and ‘I Had This Thing’ sums it up perfectly. Röyksopp delicately utilizes the deliriously sad vocals sung by Jamie Irrepressible. Lyrics like “I still don’t know just what I’ve done”, and the mantra of “I never meant to let you go”, are weaved into exquisite harmonies over a dirty, pulsing bass.

Following the success of the Maceo Plex remix of ‘Sordid Affair’ that was #1 on Hype Machine, Röyksopp present an impressive line up of remixes for ‘I Had This Thing’: Joris Voorn, whose recent album ‘Nobody Knows’ was named Billboard’s Electronic Album of the Year, dark disco Norwegian Andre Bratten, hot production trio Kraak & Smaak, will.i.am collaborator Wolfgang Gartner, as well as The Presets, Sebastien and Röyksopp’s vocalist on ‘Sordid Affair’, Man Without Country. The Joris Voorn remix has already created an early buzz with over 186k Soundcloud plays and The Guardian highlighting it in their top 10 big tunes from the Miami music conference.

Röyksopp – I Had This Thing (Original + Andre Bratten Remix) 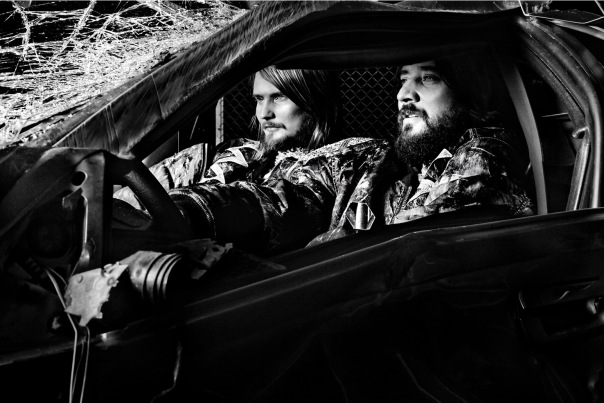 Röyksopp ended 2014 with a string of international Grammy nominations having released two critically acclaimed albums in one year; their fifth and final album ‘The Inevitable End’ and their mini album with fellow Scandinavian legend Robyn ‘Do It Again’.

Röyksopp will release new single ‘I Had This Thing’, taken from ‘The Inevitable End’ on April 3rd 2015, through Dog Triumph via Wall Of Sound and Cooking Vinyl.

The battle between reason and desire is a theme that runs throughout ‘The Inevitable End’ and ‘I Had This Thing’ sums it up perfectly. Röyksopp delicately weave the deliriously sad vocals sung by Jamie Irrepressible, “I still don’t know just what I’ve done” and the emotional final mantra of “I never meant to let you go”, around a cavalcade of electronic textures that descends around him. ‘I Had This Thing’ is another fully realised electronic symphony from a pair of production geniuses constantly looking to innovate.

Following the success of the Maceo Plex remix of ‘Sordid Affair’ that was #1 on Hype Machine, Röyksopp present an impressive line up of remixers for ‘I Had This Thing’. Artists include Dutch born Joris Voorn (stream here) whose recent album ‘Nobody Knows’ was named Billboard’s Electronic Album of the Year, dark disco Norwegian Andre Bratten, production trio Kraak & Smaak, Will.i.am collaborator Wolfgang Gartner (stream here), as well as The Presets, Sebastien and Röyksopp vocalist on ‘Sordid Affair’, Man Without Country.

Stream the original version and the Andre Bratten remix of “I Had This Thing” below.