Jessie Ware begins the year as she unveils new track “Adore You,” co-written and produced by Joseph Mount (Metronomy) and mixed by James Ford. The song is available now via PMR Records / Friends Keep Secrets / Interscope Records. Ware’s latest offering was lauded yesterday on Annie Mac’s Radio 1 show as “Hottest Record In The World.” Listen to “Adore You” HERE.

“Adore You” is a continuous reminder of Ware’s ability to transcend the British clubbing scene in sophisticated fashion. Boasting an ethereal core and sophisticated vocals all round, “Adore You” is a fresh cut of classic UK house and dance music from the soul powerhouse. The tracks funk-infused and rhythmic production, thanks to Metronomy’s Joseph Mount, harmonises Jessie’s captivating sound, exciting a subtle essence of nostalgia to keep the spirit of clubbing music alive.

Speaking of the track, Jessie said, “I’ve wanted to work with Joe for such a long time and this is the first thing we did in the studio together. This is ‘Adore You.’ It’s just a little something to tie you over with until my next release. It feels fitting to put this out when I’m about to become a new mum again and feel the most confident I’ve ever felt about my music. Happy Valentines, I adore you all.”

It’s been a transformative period for Jessie that has seen her reconnect with her roots. Jessie has been in the studio working on her next album and has released “Adore You” as a taster record for what’s to come.

The Invisible have made Warp Record’s Darkstar’s remix of “So Well” available featuring their friend and collaborator Jessie Ware. “So Well” is taken from the upcoming album Patience. The group have worked with Sam Shepherd (Floating Points), Connan Mockasin, Anna Calvi, Rosie Lowe as well as Ware, the sense of collective excitement and pleasure in music-making is what holds sway. Patience is released 10th June on Ninja Tune.

The Invisible – So Well

Listen to The Invisibles new album, Patience, and what you will feel most strongly is the bands sense of joy and gratitude for being alive. The experiences of Dave Okumu (guitar, vocals), Tom Herbert (bass & synthesizer) and Leo Taylor (drums) since the release of their last album, Rispah, both individually and collectively, mean that the group have gained a deeper understanding of the value of life, and a mission to communicate that to the listener. On Patience, they achieve these aims with a kind of effortless transcendence.

From the opening bars of the wonderful So Well, (featuring their friend and collaborator Jessie Ware), the feeling of joy pervades the record. Although the group have worked on this record with Anna Calvi, Rosie Lowe, Connan Mockasin and Sam Shepherd (Floating Points) as well as Ware, the sense of collective excitement and pleasure in music-making is what holds sway. Its an album which hints towards the London soul of Ware, but combines it with the experimentation of the LA beat scene (where Dave Okumu went to write many of the songs) and the raw funk of DAngelo.

Everyone of course knows just what wonderful musicians The Invisible are. Theyve played with just about everyone from Adele to St Vincent, Grace Jones, Britten Sinfonia, Jack DeJohnette, Roots Manuva, Jamie Woon, Hot Chip, Zongamin, Gramme, Yoko Ono, Beck and many others. In addition, Okumu has produced Jessie Ware, Anna Calvi, Paloma Faith, Kwabs, Lilly Wood, Eska and Rosie Lowe and was the recent Musical Director for the acclaimed Gil Scott-Heron Project: Pieces of a Man project as part of the Convergence Festival at Londons Roundhouse.

Whats easier to forget in between albums is just what beautiful, life-affirming music they make. Shortly before the release of Rispah (itself a hearfelt tribute to Okumus dead mother), Okumu was electrocuted while playing with the band onstage in Lagos, Nigeria. Its possible that only the intervention of Herbert, who pulled his guitar off him, saved his life. This personal sense that the band have of deliverance has lead to Patience, not least their sense that they are the luckiest men alive.

Joyous without losing any of its intelligence or compositional rigour, the record takes its title from an unfashionable but profound idea  that, if we want to solve problems we have to be prepared to work and to wait rather than expecting instant results. It was an idea clarified when Dave found himself playing in Paris only a week after the gun attacks which ripped through the city on November 13th 2015. On his way home he read an interview with the Canadian astronaut Chris Hadfield in which he talked about a realisation that could only have come to him in space:  What started seeping into me onseeing all the ancient scars, was the incredible temporal patience of the world.

The Invisibles first album was nominated for the Mercury Music Prize, their second was described as incredibly uplifting and moving (Vice), but its Patience (as youd expect, if you understand that good things come to those who wait) that standsso far!as the uplifting pinnacle of their remarkable career.

Here’s the great Darius remix of Jessie Ware’s current single ‘Champagne Kisses’. The French producer takes the already sensual tones of the original and works a it into a smoother and more R&B flavoured affair: 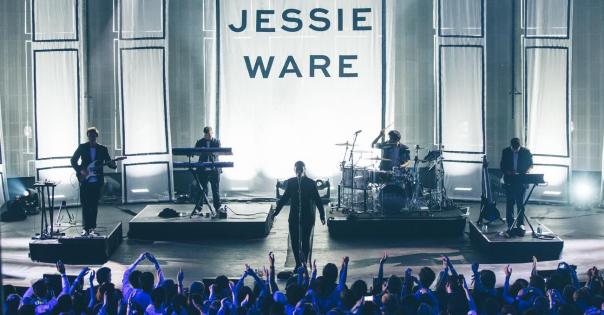 Below you can stream two great remixes of Jessie Ware’s “Keep On Lying”, taken from her recent second album “Tough Love”, out now via PMR/Island. The first one is a minimal techno rework by the beautiful Nina Kraviz and the second one from Spanish house producer Pional. Recorded at Red Bull Studios Paris as part of the “Jessie Ware: Remixed” project, which also features reworks by the likes of Preditah, Harry Fraud and Tokimonsta.

UK soul chanteuse and two-time Brit Award nominee Jessie Ware has just released the video for “Say You Love Me”. The video was directed by Tell No One, an experimental film duo that blends art and technique.

Tell No One are London-based filmmakers Luke White and Remi Weekes. Their work has been screened at New York’s Guggenheim Museum and the British Film Institute. “When I found out Tell No One were interested in directing ‘Say You Love Me,’ I was so confident they would deliver something visually beautiful and provocative,” said Ware. “They are such talents and I have been a fan of their work for a while.  I was an absolute pleasure to work with them on this.  It was probably the most technically challenging thing I have worked on, but for them, it looked like a walk in the park.  They have such confidence in what they do, it was inspiring to watch.”

London-based 23-year-old Aleksandra Denton aka Shura has premiered the first remix of her second track, ‘Just Once‘, via acclaimed new duo Honne – whose debut single, ‘Warm On A Cold Night’, has already reached #1 on Hype Machine and will be released via Super Recordings on September 1st 2014.

Following breakout moment ‘Touch‘, Shura’s second track – ‘Just Once’ – is more upbeat but no less melancholic, mixing a love of Janet Jackson with the intricate productions of Warpaint, or the effortless groove of early Madonna – all carried by Shura’s velvet-like vocals. Lyrically, ‘Just Once’ is in many ways a prequel to the break-up blog-anthem that was ‘Touch’: it’s a snapshot of a relationship which isn’t working, and imagines being swept up with someone new, where you can be whoever you want to be. Full of sensuality and self-doubt – “If you get my name wrong / I won’t get pissed off / ‘Cos I wish I was somebody else” – Shura again achieves the immediately-recognisable, ghost-like quality of a shared romantic experience: ‘Just Once’ is that dual sensation of fresh attraction, mixed with the memory of meeting past loves.

A performer, producer, remixer and video editor, Shura was born in Moscow to a Russian actress (who made a cameo in ‘Mission Impossible’) and an English documentary filmmaker. Whilst her early demos started at University in London, Shura’s passion for music came via her brother, who would DJ drum-and-bass at the weekends, and installed an early love of electronic music in his sister. Keen to impress him, Shura began building her own songs, refining her production skills and immersing herself in the textured sounds of Massive Attack or Blood Orange. Her songwriting found its focus in South America, where Shura worked in The Amazon for an extended period after her studies – contemplating past relationships, future music, and walking pumas.

Shura has since emerged as one of the brightest new talents of the year – and not just once. She’s also just remixed Jessie Ware’s new single, ‘Say You Love Me’, which is somewhat starker than the original. Check it out below.

Jessie Ware is set to release her new album, Tough Love, later this year. She’s now shared “Share It All”, which was co-written with the xx‘s Romy Madley-Croft and produced by Julio Bashmore. It will also appear on the deluxe edition of Tough Love.

Below you can stream Cyril Hahn remix of Jessie Ware‘s new single ‘Tough Love‘. While the original has all the hallmarks of Jessie’s emotive and perfectly crafted restraint on soulful pop, PMR label-mate, Cyril Hahn gives the track a greater pace, increasing the presence of the already rumbling bassline that lurks beneath, while leaving Jessie’s vocal largely untouched.