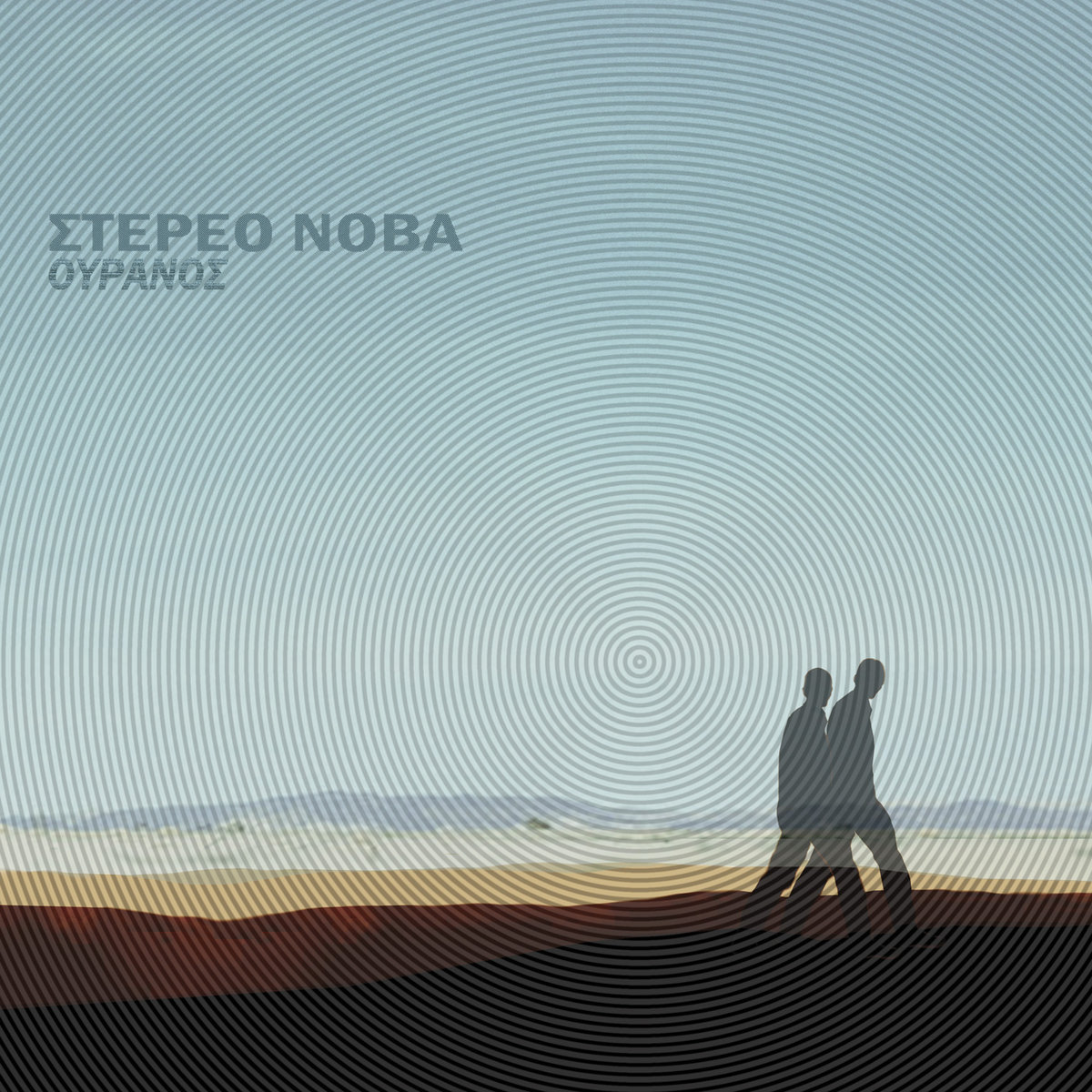 Ισορροπία is taken from Stereonova’s Ουρανός, releases May 4, 2018 on Inner Ear Records.

Video: Baby Guru – Tell Me What You’re Made of

Baby Guru have shared a short film for “Tell Me What You’re Made of”, the opening track off their forthcoming album “IV”. It’s directed by Greek film maker and singer-songwriter The Boy. The 6-minute film belongs to the Greek weird wave movement. The story follows a mother and two daughters in their apartment life, alienated protagonists and a pervasive critique of the family.

Daphne and the Fuzz – Burn Down Your House

Daphne Lazou could be the girl next door, but a few minutes in her music world are enough to make you understand that she is special. Vintage pop aesthetic inspired by jazz, soul and blues of past decades, an occasional dose of more psychedelic sounds on guitars and keyboards and lyrics that are personal, but still extroverted, make up the music genre of Daphne and the Fuzz.

“Burn down your house” is the lead single from their upcoming debut self-titled studio album, which comes out on 3/18 via Inner Ear Records. A retro cool tune full of swagger and soulful vocals singing dark and intense subject matter. Check it out below:

Daphne and the Fuzz were formed in the summer of 2012 in Athens, giving form and aesthetics to the tracks that Daphne composed until then solo at the piano. Daphne and the Fuzz have been introduced to us with their first single “Doop Doop“, which soon became a radio hit and was included in the Inner Ear anniversary compilation “Inn Pop“.

The 10 songs of this impressive debut were written during the period 2011-2015 and are just the beginning of our acquaintance with the young songwriter with the charismatic voice. Vintage pop melodies that flirt with soul and blues through the prism of Beatles “Abbey Road”, groovy basslines and dreamy melotron arrangements, accompanied by lyrics that narrate stories about love, adulthood, expectations and big dreams.

The album was recorded in 2015 with producer Alex Bolpasis. Using a reel to reel tape machine on various aspects of the production and recording a live rhythm section helped the band create a pleasantly warm retro sound.

Σtella – Works For You

Just a year after her successful self-titled debut album, Greek pop singer Stella Chronopoulou, aka Σtella returns with new single “Works For You” – the first single from her forthcoming sophomore LP. Produced by NTEIBINT & ΣTELLA.

Stella Chronopoulou, better known by her stage name Σtella, is a pop singer-songwriter and painter. Born and raised in Athens, Greece she completed her studies in the Athens School of Fine Arts, whereas at the same time she started writing music.

In 2010, Σtella participated on the album “Happend Before” of the avant-pop group My Wet Calvin. At the beginning of the same year she joined the art-rock band Expert Medicine, where she paired with the guitar player and producer Alex Zabaras. In 2011, Σtella and Alex formed the band Fever Kids. Their first single “Holding Grass” was released in January 2014 via Inner Ear, which garnered them critical acclaim. In 2012, Σtella self-released the Ep, entitled “Keep Μe Naked”, through her soundcloud account. Besides her solo work, she has collaborated with several Greek bands such as Sillyboy, Coti K, NTEiBINT, Sad Disco and formed the band Chest with Babis Theocharis. Her first solo full album was released in early 2015 via Inner Ear Records and became one of the best selling Greek albums of the year.

Night Knight is the brand new side project of Serafeim Giannakopoulos, drummer of Athens based band Planet of Zeus and one of the most active musicians in the Greek underground rock scene. Partners in crime in this project are bassist Stelios Provis (Planet of Zeus), drummer Manolis Giannikios (Whereswilder) and guitarist Minas Liakos (Fingers Crossed, TFATFY).

Their debut album, “God Is A Motherfucker”, emerged, when Serafeim decided to isolate himself in the studio in August 2014, having encountered some major life changes and with one and only goal… To dive into the vast ocean of sound without a life-jacket.

Free from recipes and without feeling any pressure to succeed, he created an album, which features 11 songs, that make the listener feel like they’ve heard them somewhere before. He seems to proudly acknowledge his influences, rather than neglecting them in the name of “pseudo-originality”. As a result, the album seems to connect the dots of rock history, from Neil Young and Crazy Horse to Radiohead, from Creedence Clearwater Revival to Black Rebel Motorcycle Club, from Donny Hathaway and Bruce Springsteen to Jaga Jazzist. “God Is A Motherfucker” flows seamlessly and makes rock relevant like it used to be. 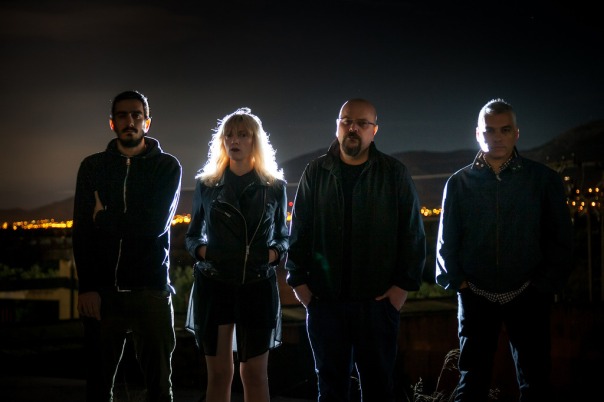 After two albums exploring the dystopian universe of their city in crisis, the Athenian group Mechanimal delve now into the outskirts of their hometown, away from the sociopolitical fragmentation of the Greek capital, inside a deep and prolonged silence of the mountain forests surrounding Athens.

‘Delta Pi Delta’ started with a new lineup, erasing the events of a rather tense and tough past, focusing on nature as a means of escape from the modern depression of urban life. This time with female vocals, featuring lead singer Eleni Tzavara (formerly of Film and Etten), electric guitars by Tassos Nikogiannis and Kostas Matiatos, and electronic programming by Giannis Papaioannou, Mechanimal started recording the backbone of their new album during the spring of 2015, while final editing and mixing took place during August 2015, in an isolated room by some faraway beach.

The result of these new recordings is 8 new songs plus 2 instrumentals which will be included as extra tracks in the digital version of the album. Ten new tunes captivating the mystery that lies beneath a quiet life outside a big city. The group’s own hybrid blend of mechanical beats, shoegazing guitar drones and repetitive electronic patterns, shapes now a different perspective that embraces the strangeness and the atmosphere of dreamy landscapes around Athens. The materializing of these silent places into a conceptual sound revealed a new process, which helped the group transform their vision into a tangible medium.

The symbolical acronym title “Delta Pi Delta” is referring to the lyric “giving names to stars”. As a whole it represents the existential journey of any two-footed animal. In this journey, dreams reveal desires and fears that we’re not consciously aware of, but play an important part in consciously or subconsciously helping us become better at dealing with life.

‘Delta Pi Delta’ is dedicated to the loving memory of Greek artist and painter Nicholas Liber (1956 – 2013), a long-term friend of the band.

Mikael Delta’s new album “Life Is Now” will be released in autumn 2015 from Inner Ear and will be distributed in Europe via Rough Trade Distribution and worldwide by Believe digital.

In “Life Is Now” contemporary electronic composition goes hand in hand with neo-romantic style through ambient paths that lead to a refined soundtrack, which reflects the relationship of the artist with the urban landscape.

From the immersive stillness and minimalism of the piano and the classical beauty of strings to the restless beats of the synthesizers, the journey is long and the images and feelings change as the sounds move inwards and outwards, creating a unique atmosphere, intimate and unfathomable at the same time.

Mikael Delta is a Greek composer and pioneer of local electronic scene. He first appeared in the Greek music scene in 1992, as a founding member of the band Stereo Nova, who released 5 albums until their disbandment in 1997. His first personal album titled ‘The Pictures’ was released in 1994 via the Belgian techno label R&S Records. Since then he has released numerous solo works of electronic music in Greece and abroad. Two albums that stand out are ‘Halcyon Days’ (among the best albums of the year 2001 according to the English magazine DJ mag) released by the French Distance and ‘Forbidden Poetry’ released by EMI in 2006 and described as the best album of his career.

As a producer, composer and remixer he has collaborated with many local and international artists, and some of his tracks have been included in famous compilations such as ‘Café Del Mar’ and ‘Buddha Bar’ (Dj Ravin).

His new album “Life Is Now” will be released in autumn 2015 from Inner Ear and will be distributed in Europe via Rough Trade Distribution and worldwide by Believe digital. In ‘Life Is Now’ contemporary electronic composition goes hand in hand with neo-romantic style through ambient paths that lead to a refined soundtrack, which reflects the relationship of the artist with the urban landscape.

From the immersive stillness and minimalism of the piano and the classical beauty of strings to the restless beats of the synthesizers, the journey is long and the images and feelings change as the sounds move inwards and outwards, creating a unique atmosphere, intimate and unfathomable at the same time. ‘Life Is Now’ consists of 11 instrumental tracks composed, arranged and produced by Mikael Delta. Featuring: Nikos Veliotis (cello), Hristos Lainas (guitars, metallophone) Stavros Parginos (cello).

The first cut off the LP is ‘With My Whole Being’, a soothing combination of stately cello and burbling electronics next to minimal piano melodies in a post-rock elemental build. Check it out below.

Last month, Moa Bones released the ‘Spun‘ LP. Now, he’s put out a new video for ‘Hey’, where the confident words of a Man playing the Love game, can collide harshly with the natural awkwardness of reality. Wishful thinking and imagination blend together in a struggle with archetypes, while Moa Bones lays his passionate manifest of love and optimism to The Woman. The video directed by Yorgos Garefalakis premiered on Exclaim! earlier this morning.

Athens based singer/songwriter Dimitris Aronis (aka Moa Bones) combines classic folk tunes with a playful modern aesthetic. His second full album, ‘Spun’, released by Inner Ear Records on 25th of May. Moa Bones has produced the whole album, the sound of which returns again to the familiar paths of homemade and lo-fi aesthetics, like his early demos. 9 tracks of true indie-folk trendsetting and painfully self-conscious lyrics. ‘Spun’ was recorded in his room, during fall 2014. ‘Spun’ is an experiential album influenced from country music, the blues and American singing-songwriting of the 60’s. 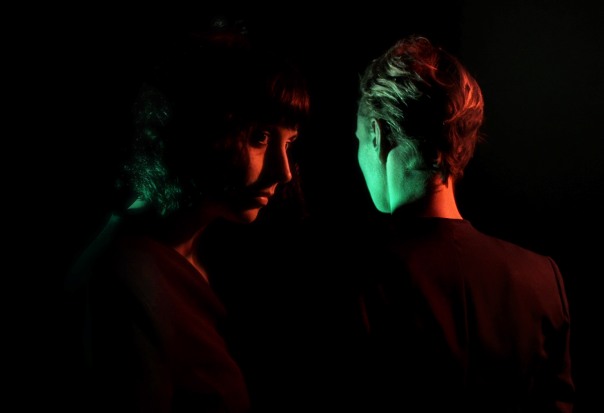 “A game of identity in a hall of mirrors. Drawing from Bergman’s ‘Persona’ and Magritte’s reflections of a faceless stranger, the moment of attraction is a crack between flashing lights, space and words.”