Fresh from releasing their latest track ‘Echoes’ which hit #3 on the BBC Radio 1 Dance Chart, Bristol’s innovative crossover production duo Icarus have teamed up with London trio Real Lies for their new single ‘Man of the Land’.

Both ‘Man of the Land’ and ‘Echoes’ feature on Icarus’s new EP ‘This Must Be The Place’ which follows on November 30th. The EP represents Icarus’s latest longer form conceptual project after releasing the ‘In The Dark’ EP earlier this year.

‘Man of the Land’ represents the darker, cinematic extreme of Icarus’s sonic spectrum. The hypnotic beat captures the feeling of pounding the city streets late at night before the drop accentuates its dramatic feel. It’s a track which finds Icarus strengthening the evocative atmospheric qualities of past tracks such as ‘No Sleep’ and ‘Hiding’.

Real Lies’ lyrics delve into the experiences of a transient character whose solitary life on the capital’s empty streets is set against the contrast of its hectic late night bars. It captures a feeling of urban anxiety that could only be nocturnal London. As the song’s narrator notes, “I come from Cally Road, not California.”

Anjunadeep mainstay Lane 8 delivers another stellar remix. Icarus’ “Home” featuring the ethereal vocals of Norwegian dream-pop artist Aurora is flipped into a melodic house gem, a perfect score for the summer of 2016.

“The first few months of 2016 have been an extremely productive time in the studio for me. after an exhausting year of the most intense touring i’ve ever done, i came home with a lot of new ideas and inspiration and finally had the time to sit and write and translate all the energy i had into actual music. i’m really proud of everything that came out of those sessions, and i can’t wait for you guys to hear it all. today, i’m really happy to share one of those new pieces, a remix I made for Icarus and AURORA’s beautiful song ‘Home’“. – Lane 8 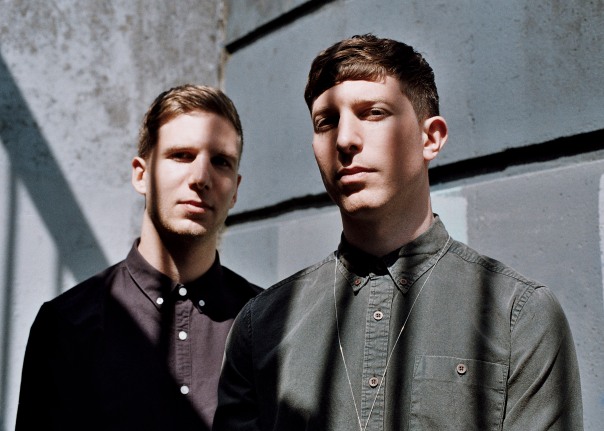 Bristol duo Icarus build upon the impact that they made with their first two FRRR releases – the ‘Don’t Cry Wolf’ EP and ‘Ride This Train’ – with the release of the new track ‘Home’ which is out now.

Bristol duo Icarus build upon the impact that they made with their first two FRRR releases – the ‘Don’t Cry Wolf’ EP and ‘Ride This Train’ – with the release of the new track ‘Home’ which is out now.

In addition to their critical acclaim and radio support to date, Icarus concluded their debut UK tour last year with highlights including Fabric, The Warehouse Project in Manchester and a homecoming set at Motion. Other stand-out sets included the Lovebox / SubSoul After Dark party and at Creamfields’ All Gone Pete Tong stage.

Having hit Ministry of Sound at the weekend for a Rinse bill headed by Kenny Dope, they’ll return to Fabric on March 4th in the SubSoul room.

Icarus’s continuing surfeit of ideas is unsurprising given their background. Both played in bands (Ian on guitar, and Tom on bass) prior to becoming enamoured with production and DJing whilst studying music. Tom’s musical interests evolved from alternative rock to a wide spectrum of dance music (DJ Zinc’s Bingo Beats to 31 Records). Ian, meanwhile, was consumed by his older brother’s mixtapes and drum ‘n’ bass auteur LTJ Bukem. Those early influences have evolved with further inspiration sourced from the soundtrack stylings of Cliff Martinez and Hans Zimmer.

On one hand, Icarus can create a pure dancefloor-orientated rush, but the core strength that’s innate throughout their emerging body of work is their ability to create songs with the immediacy to capture a wider audience without losing the essence of their grounding in club culture. With a far-reaching contemporary sound, their star is rising.