LA electronic duo Classixx have shared “I Feel Numb” featuring Alex Frankel from Holy Ghost!. The song is off their forthcoming sophomore album, Faraway Reach, out June 3rd via Innovative Leisure, available for pre-order here. “I Feel Numb” was a natural collaboration that came together after Alex met Classixx a few years ago, and was finally finished last Summer while the band was wrapping up the new album.

Out now on all DSPs, the new single and EP title track is the first new original Holy Ghost! music since the NYC-based duo of Nick Millhiser and Alex Frankel released their sophomore album 2013’s Dynamics. As with most of their catalog, “Crime Cutz” benefits from Holy Ghost!’s insistence on tactile instrumentation with live drums recorded over the track to accelerate its tempo. Watch the official video below, directed by Ben Fries.

The duo are quite methodical in their output—shimmering bursts of disco, synth-pop, and lingering grooves—but that doesn’t mean Holy Ghost! is not prodigious. Over nearly a decade, they have gone from being DFA’s rising sons to triple threats: indefatigable DJs, producers remixing new life into the work of Cut Copy and Katy Perry alike, and inventive musicians who’ve released countless original singles. They’re again adding to their thinking-man’s dance repertoire with the vibrant Crime Cutz EP out later this year on DFA Records.

Holy Ghost!’s most recent release, 2015’s remix alum Work for Hire, was a mesmerizing time capsule of remixes that boldly traced the group’s aesthetic from their nascent days dabbling in groove to radical rethinkings of songs. It was, in certain ways, a necessary stepping stone to Crime Cutz. “Work for Hire was a good breather from working on original music,” Alex says. “It was a good way to get back into the studio. There’s a lot of pressure when you’re writing original stuff. We were able to focus more on groove and arrangement, rather than trying to write formative pop songs.”

The objective, Nick says of the forthcoming collection, was singular: “Aesthetically, Alex and I were musically, melodically trying to do so“ Some artists make music really rapidly—they put out mixtapes on SoundCloud, like, every few months,” Alex Frankel ruminates. Of course, Frankel and his Holy Ghost! bandmate Nick Millhiser do not fall into that category. “We’re so envious of that.”

Buy it on iTunes or the super-limited fancy hand-made risograph sleeve 12″ on Bandcamp!

A bit in advance of the Holy Ghost!‘s proper remix package for "Dynamics" standout "Bridge and Tunnel", here’s a free download of the Midnight Magic Remix. The EP will feature also two remixes by cosmic disco producer Prins Thomas. Out on February 25 via DFA. 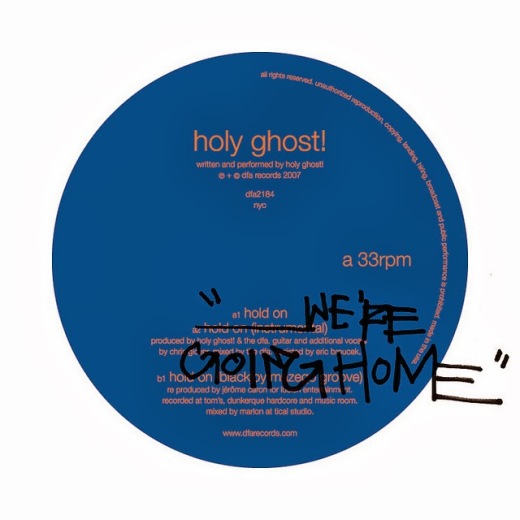 Here’s a cover of Drake’s hit single “Hold On, We’re Going Home” by New York synth-pop duo Holy Ghost!. Available for free download here. In case you missed it, check out the video for their latest single “Okay” on DFA here.

Brooklyn based dance duo Holy Ghost! have recently released their second LP “Dynamics” for DFA. Now, the production duo of Alex Frankel and Nick Millhiser, have just unveiled the video for their latest single Okay, directed by Ben Fries.

Brooklyn based dance duo Holy Ghost! have just shared another taste from their upcoming second LP “Dynamics”, out on September 10 via DFA. Stream the groovy electro-pop jam “Okay”, below. In case you missed it, check out the video for the non-album track “Teenagers In Heat”, co-produced by James Murphy, here.

As we’ve already posted, Brooklyn-based duo Holy Ghost! will release their new LP, Dynamics, on September 10 on DFA Records. Below, you can watch the official video for the James Murphy co-produced song “Teenagers In Heat,” which will be available digitally and as a bonus 7’ picture disc single, available exclusively by preordering the LP at DFA Direct. Directed by Ben Fries. The track is available for free download here. 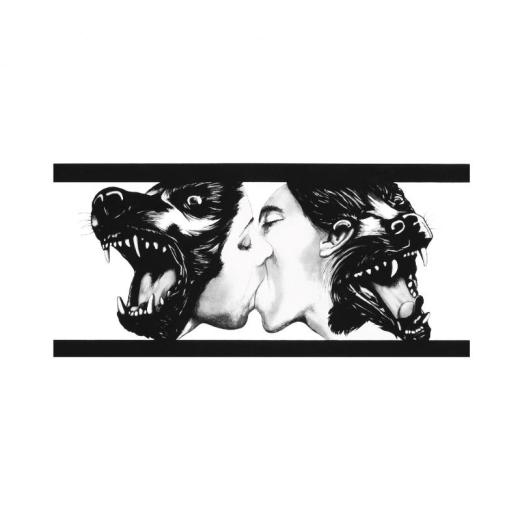 Brooklyn-based duo Holy Ghost! unveiled the track listing and album art for “Dynamics”, their upcoming sophomore record that will be released on September 10 on DFA Records. “Dynamics” is the follow-up to the group’s critically acclaimed self-titled “classic pop” debut album which was released in 2011. The design for the LP was done by longtime DFA collaborator Michael Vadino and features Robert Longo’s “Strong in Love” on the cover. The band are also giving away an outtake from the Dynamics studio sessions, the James Murphy co-produced song “Teenagers In Heat,” which will be available digitally and on 7′ single via DFA, which you can download for free here. In case you missed it, check out the video for “Dumb Disco Ideas” here.