Guy Gerber’s rework of Desire’s “Don’t Call” is out now, available at https://found.ee/RH7T

Guy Gerber – What To Do Remixes

Guy Gerber delivers remix package for ‘What To Do’. &ME and DJ Jes rework Guy’s acclaimed production.

Embodying a varied range of sonic arrangements that the Israeli DJ has become synonymous with, the original was released earlier this year and demonstrates varied cymbal-claps and a wide range of isolated percussive instruments. With &ME spinning his own dynamic rework of the track, the German – who has performed a number of sets across Ibiza this summer, playing at DC-10’s ‘Circoloco’ – adds groove-fuelled elements to the mix, a stark contrast to the deep and atmospheric style favoured by DJ Jes.

Guy Gerber – What To Do EP 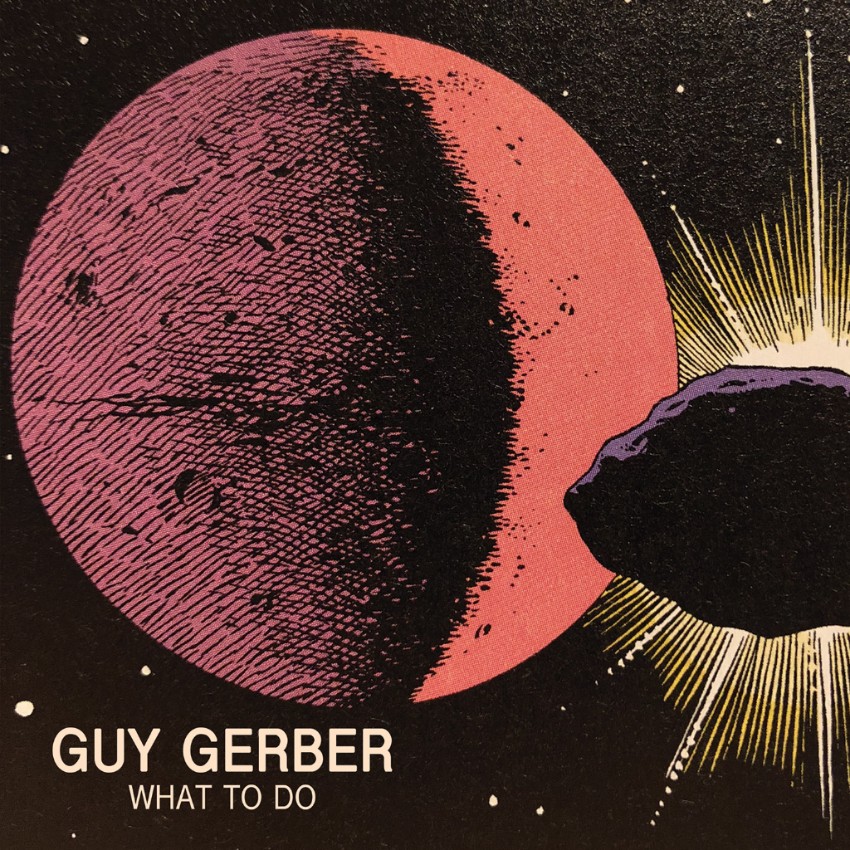 Guy Gerber delivers eclectic new ‘What To Do’ EP. The 3-track production set for release on 2nd March via RUMORS.

Ahead of its release on the 27th January, Guy Gerber has revealed the full stream of ‘Here Comes The Rain’. The A side from the forthcoming two track EP of the same name, it will be out on Guy’s own label RUMORS at the end of this week.

A collaboration with Deniz Kurtel, the EP combines the best of the pair’s shared ear for darkly atmospheric late night melodies. Title track ‘Here Comes The Rain’ is a highly-anticipated release, after having appeared in a number of mixes from Guy. Muted piano chords build up to a layers of echoing synths and subtle vocal samples for an evocative lead track.

Meanwhile, B-side ‘An Army Of Stalkers’, as its name suggests, is a slightly faster-paced affair with twinkling arpeggios and a subtle rolling bassline.

Guy Gerber and Deniz Kurtel have previously worked together, with Guy remixing her 2011 release ‘The L Word’. They’ve also performed alongside each other at a number of events, including Guy’s first Ibiza residency the Wisdom of the Glove.

The EP is Guy’s fifth release on the RUMORS label, which he launched back in 2014. It follows an incredible year for the DJ and producer; 2016 saw the RUMORS event series go from strength to strength, with the Ibiza residency gaining a glowing reputation and expanding internationally, taking in parties across Europe and the US. Following a critically acclaimed first solo EP on the label, ‘Secret Encounters’, Guy went on to sell out London’s iconic Koko Camden with the promise of an all night set. The release of ‘Here Comes The Rain’ sets the tone for further successes in 2017.

Following a solid year of releases kick started by Beatport #1 ‘No Distance’, a collaboration with Innervisions boss Dixon, we’ve witnessed Guy Gerber’s RUMORS label go from strength to strength. In its debut year the label has already had guest appearances from Seth Troxler and Chaim, and now Guy himself is set to reveal ‘Rumors On The Dancefloor’ featuring Miss Kittin.

Set to be Miss Kittin’s debut appearance on the label and also marking the eighth RUMORS release, ‘Rumors On The Dancefloor’ is a powerful embodiment of Guy’s innovative imprint. Divided into two parts, the release is built around a symbolic whisper and deep bass guitar riffs that follow a galatic-inspired house and techno framework – with part two a harder offering awash with Guy’s signature blend of melodic soundscapes and stylish beats.

Over on the white isle, RUMORS is also encompassing a hugely successful event series held at Playa d’en Bossa’s beautiful Beachouse. The party has its own unique ethos whereby each week, the lineups can only be discovered by hearsay and word of mouth. In addition to his weekly party in Ibiza, key dates in Guy’s diary include Space in New York, Story Nightclub in Miami and ENTER’s Space opening party.

‘Rumors On The Dancefloor’ is out now.

Art Department – Catch You By Surprise Remixes (inc. Guy Gerber and &ME)

Art Department has unveiled 2 remixes to their hit track ‘Catch You By Surprise’ from their 2014 artist album, Natural Selection. They come from some of the hottest producers in today’s underground house scene – Guy Gerber and &Me. Both remixes are out now via Ultra Music and Art Department’s very own No.19 Music.

Guy Gerber takes a far darker approach with his rendition – a deep bass assaults the listener amidst dark echoes and fast paced drum play. Balearic hues and perfectly crafted pads make Guy’s take an instant classic, a remix that will fit perfectly into peak time forays. Dance music tastemaker Pete Tong has already been playing Guy’s take on ‘Catch You By Surprise’ out on his Essential Selection and All Gone Pete Tong radio shows.

Watch the Music Video for Art Department’s ‘Catch You By Surprise’:

Jonny White, acting head of No.19 Music and Canadian techno legend, Kenny Glasgow make up the infamous duo known as Art Department, a collaborative project that has seen almost unparalleled success within the world of dance music in recent years. In 2010 the pair transcended genre barriers and paved the way for countless artists with their first single – “Without You” which was awarded Resident Advisor’s “Track of the Year” and #1 track of the year at the 2011 Beatport awards paving their way to a level of success rarely achieved by underground artists.

Natural Selection represents the music, the story and Art Department’s evolution from the projects inception until now, alongside Kenny and Johnny’s personal journeys as individuals. Strewn with themes that centre on the cyclical idiosyncrasy of ‘natural selection’, Art Department explore a defined narrative throughout the LP; feelings of spiritual awakening and tranquility, indecision and turmoil tell a story in which the beginning could in fact be the end. Natural Selection is a diverse album in which Johnny and Kenny’s inherently seamless production is in-fact a prerequisite to their existence.

Here is the first single from Guy Gerber and Diddy‘s 11 11 project. A glimpse into the beating soul of the long-awaited 11 11 collaboration, “My Heart” is an intimate and intricate slice of the album’s electronic futurism, and an exciting glimpse at what’s to come.

11 11 is a realization of worlds colliding, and “My Heart” embodies this disruption. From the early exchange of sultry bass and euphoric rhythm guitars, a rap to “invite the morning” followed by Diddy’s delicately distorted other worldly refrain of “In my heart, I’m scared,” to Gerber’s beautiful chorus of synths, “My Heart” sounds like nothing else. The track is an exploration of the conflicting forces that drew the two unique individuals together.

Guy and Diddy’s collaboration was not born out of opportunism, indeed it’s dismissive of the current main-stage malaise and was germinated before the electronic explosion. 11 11 is collaborative and combative – an expression of two outsized creative personalities unfettered, unfiltered, fearless, raw; and after four years of work, is here for your enjoyment. (via THUMP)

Guy Gerber shares free album! ‘Who’s Stalking Who?’ clocks in at just over an hour, demonstrating Guy Gerber’s flair for silky productions, deep soulful beats and bubbling basslines. More in common with an expert sculptor, Guy has long been renowned for his effortless production and detailed craftsmanship; none more on display than here, the achievement made even the more impressive by making original music whilst on the move. ‘Who’s Stalking Who?’ will be available via Pacha Magazine’s covermount CD. Stream/download below.