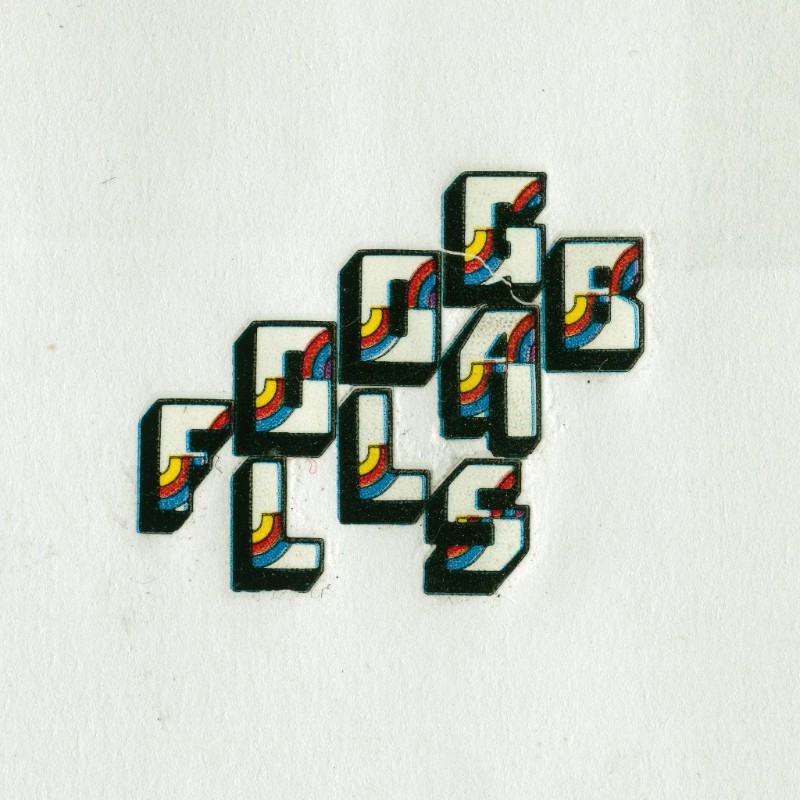 Eric Copeland (Black Dice) returns to DFA with a brand-new set of hyper & hectic leftfield club music. Goofballs places its emphasis on playful melodies, ear worm hooks & vocals mixed with trademark machine funk rhythms that hit hard and land offbalance. Any other way would be too obvious for an artist like Eric. Perhaps he even invented a new dance genre: ‘Goofstep’. We’ll see if that one sticks…

Eric explained the creation of this new LP to us via email from his home on an island in lovely Balearic Palma Spain:

I made it here in Palma at my studio, this is the first full record I’ve made entirely here since moving. Some of this material was road tested September 2016 on tour supporting Animal Collective. This album was the result of real isolation here, countless hours, focused only on this.

The whole recording & writing was a fast process. I focused most on the bass groove. I had a very minimal gear setup: 90’s drum machine, cheap bass machine and a sampler. But most important was a homemade ‘drum brain’ that Barry’s London custom made for me. Barry was in the Van Pelt Soldiers of Fortune & Oneida. That piece of gear was a big part of this record and informed the direction it took the most.

Eric Copeland is a founding member of Black Dice as well as a prolific solo artist. Besides DFA, he has released albums on L.I.E.S., Post Present Medium & Paw Tracks.

Goofballs was mixed by Rusty Santos (who has mixed everyone from DJ Rashad to Panda Bear to Owen Pallett) and mastered by Joe Lambert. It is Eric’s third solo album for DFA Records.

DFA is proud to release on June 23rd, 2015 a long-gestating 12” single of wild interprations of Eric Copeland’s 2013 album Joke In The Hole. The Black Dice member received universal acclaim for the record, “Fringe though Copeland may be, this album is a serious coup for DFA—he walks the line between complete nuttiness and outright accessibility, and ends up with one of his best records to date.” (XLR8R)

Starting us off is Panda Bear, who adds his trademark falsetto vocals and shuffling percussion, sweetening Eric’s black coffee beats. DFA’s own sonic collagist Larry Gus blends Eric’s mumbled vocals with bright percussion and a vocoded male choir, among many other audio dalliances. Meanwhile, Hyperdub’s Fhloston Paradigm (AKA King Britt) takes aim with his laser cannons, firing volleys at unrelenting waves of marching alien armies, before being swallowed up in a solar flare. Finally, Anthony Naples (Text Records, Trilogy Tapes) brings it back to the club with snaps, claps, and hi-hats, but it sounds like you left ‘em out in the rear window of your car on a sunny day. You know what we mean.

Limited editon of 1000 hand-stamped and numbered copies, assembled at DFA in NYC.

Ms Pretzel is a 4 track, 20-minute EP of brand new material by Eric Copeland (Black Dice, Terrestrial Tones). This is Eric’s return to DFA after the release of an acclaimed single on Ron Morelli’s underground dance juggernaut L.I.E.S., which followed his beloved 2013 album “Joke In The Hole”, his solo debut for DFA. The music on Ms Pretzel most certainly continues to break new sonic ground, a process which has gradually unfolded over the last few years via many prior works on seminal underground labels such as Underwater Peoples, Escho, Post Present Medium, and Catsup Plate, among many others. Ms Pretzel takes Eric’s outsider fascination with 4/4 dance music and twists it yet again. It is the sound of Eric Copeland throwing a wobbly dance party in a junkyard. DFA could not be more excited to host this gritty event.

The EP can streamed in full here via DFA’s online store.

DFA Records released Joke In The Hole by Eric Copeland – one of the most adventurous, colorful and outright peculiar albums to come both from DFA Records & the New York City noise scene in quite some time. This full length album is the latest in a string of rapid-fire solo released from Black Dice member Eric Copeland. Joke In The Hole is a collage of sonic textures as vibrant and irreverent as the album’s artwork. Recorded and produced by Eric with a minimum of equipment, the result is the most sonically exciting psychedelic noise schizo dance records of the year. Available now from DFA Direct in a very limited edition of 150 white labels in deluxe packaging, 2xLP, CD, and your choice of high-quality digital formats.