Korallreven – Death Is Not For Us

The new material is set against a hyper pop landscape, gathering washes of melodic arpeggios and Far East influences. Japanese icon Cornelius joins the band on track ‘Try Anything Once’ and I Break Horses’ Maria Lindén also guests, along with members of the Tensta Gospel Choir and harmonica players. Percussion instruments from all over the world are used including Indian tablas, Latin timbales and African clay drums.

The album’s art was created in collaboration with controversial Swedish street artist, NUG – a nod to low brow pop culture, to which vocalist Marcus Joons says, “Korallreven can be both a silk scarf and a can of slime.”

Second Comin’ is released November 4th 2014 by Cascine in North America and Sony Music in Europe.

Korallreven – Try Anything Once Remixes 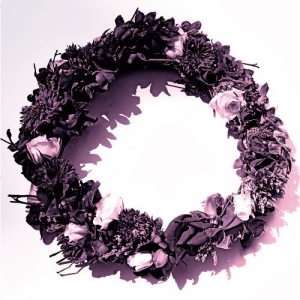 The latest remix of Swedish duo Korallreven‘s recent single, ‘Try Anything Once‘ comes courtesy of Airbird, the solo moniker of producer Joel Ford of Ford & Lopatin and Ejecta. Ford stirs the track into a moody house jam by dissecting the original track to place Japanese icon Cornelius’ vocal parts and the guitar notes against a 4/4 midtempo beat. The remix follows UK-based Hyperdub artist Cooly G’s rework of the track. Stream both of them below.

Korallreven’s new single is out now via Japanese label Rallye, in the form of a limited edition 12". The band, comprised of Marcus Joons and Daniel Tjäder of The Radio Dept, are currently putting the finishing touches on the follow up to their critically acclaimed, An Album By Korallreven, which featured appearances byTaken By Trees’ Victoria Bergsman and Julianna Barwick, and are taking their sound in a dancier, wider direction.

Korallreven – Try Anything Once (with Cornelius)

Here’s the collaboration between Sweden’s Korallreven and Cornelius on "Try Anything Once". The single is out October 2 on Rallye, backed with a Cooly G remix.