Vitalic – Waiting For The Stars feat. David Shaw And The Beat 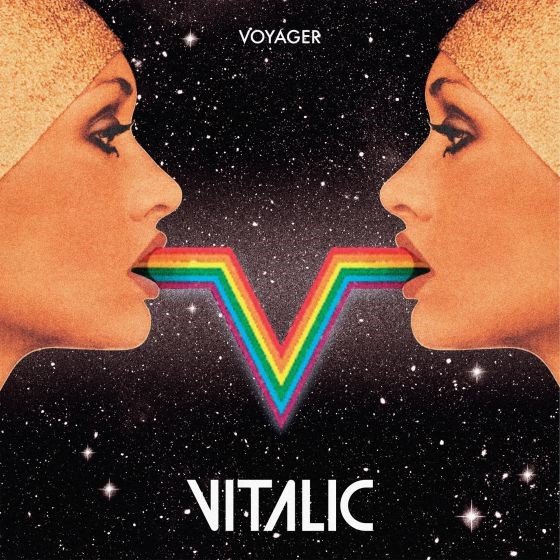 It’s been a good fifteen years now since Vitalic (aka Pascal Arbez-Nicolas) took it upon himself to redefine techno using his native French sensibility, mixing energy and melody to forge his own recognisable style. Many of those tunes, like “Poney”, “La Rock 01”, “My Friend Dario” and “You Prefer Cocaine” went on to become club classics, blurring the boundaries between techno, disco, rock and pop, and profoundly inspiring and stimulating a scene that had been struggling since the end of the ‘French touch’ to find something a little more refreshing than filtered disco house.

It could be said that Vitalic ushered in the French Touch 2.0, masterfully bringing bangers back into fashion and putting France back on the dancefloor map. With his first production signed by tastemaker DJ Hell for his Gigolo imprint, Vitalic paid scant regard to genre boundaries and concentrated on simply knocking out some killer tunes – a mix of irresistible melodies, stampeding synths and pure energy. Within a few years, French electronica had changed direction, eschewing the dancefloors for which it had originally been conceived and starting to tour, live. A revolution was born – Vitalic opened the way and Daft Punk, Justice and Etienne de Crecy followed.

Since his first album, “OK Cowboy” in 2005 which mixed galloping techno, brass bands, 100,000 volt electric guitars and languorous pop songs so sad they could make a stone weep, Vitalic has constantly tried to reinvent himself, pushing his idea and vision of disco to the extreme. This constant renewal is no doubt where the producer finds his strength, exploring every facet (like a disco ball), the myriad possibilities of what he calls metal disco, or more prosaically “disco-poilue” – fuzzy disco.

For “Voyager”, his fourth studio album composed over the course of two years and the one he considers his most ‘disco’ ever, Vitalic remembers initially wanting to make something that could barely be danced to, inspired by the electronic music of the 1970s. However, that angle of attack was rapidly diverted. “I changed my mind during production and added beats,” he explains. “Voyager” thus became a record that has forgotten nothing of the cosmic disco heritage of the 1980s, dominated by deeply energetic, orgasmic synthesisers with influences from pioneers of the genre like Moroder, Cerrone, Patrick Cowley, Lime, Spacer, Carpenter and Gino Soccio.

Both the name and sublimely retro-futuristic artwork of “Voyager” clearly announce the direction Vitalic has taken – this is a cosmic space odyssey, packed with energy-filled retro-futuristic hits perfect for dancing in zero gravity, followed by melancholic cooldown periods spent contemplating the lost galaxies of the vast cosmos. “El Viaje”, the album’s opening track with its Latin-tinged melody, is the perfect launchpad for this cosmic expedition, where analogue synths (like the super-rare Buchla) have taken over and are now laying down the law. It’s a weightless voyage that sends our emotions on a rollercoaster ride, from first single “Waiting For The Stars” – featuring David Shaw and an irresistible disco-pop hit with gimmicks à la “Funky Town” – to “Levitation”, a veritable turbine punctuated by screams from the crowd as only Vitalic knows how, to “Eternity”, a sort of synthetic opera or contemporary hybrid of Wim Mertens and Klaus Nomi. However, on “Voyager” you’ll also find “Lightspeed”, a true dancefloor bomb filled with outrageously funky synth rifts, you’ll be fascinated by “Sweet Cigarette”, a sombre rock-influenced track haunted by the ghost of “Warm Leatherette” (as performed by The Normal) and “Hans is Driving” an electronic nursery rhyme with Miss Kittin lost in the cosmos discussing the meaning of life with an artificial intelligence, before breaking down in sobs to “Don’t Leave me Now”, a throbbing, ambient Supertramp cover version. Conceived as a cosmic journey into the heart of dance music, “Voyager” perfectly brings together the three elements that have always composed Vitalic’s strength: a touch of experimental folly, killer melodies and a joyful overabundance of energy. It’s this magic formula that makes “Voyager” the ideal disc to listen to with your feet on the dancefloor and your eyes fixed on the stars. Or vice-versa.