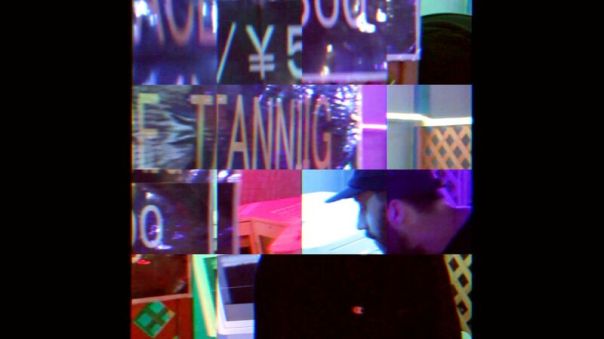 Speaking about the ‘Chiba Nights’ video, which FACT called “a bewitching travelogue postcard from Japan”, director Dan Tombs offered a little insight into the making of the visuals:

“Spending a week in Tokyo and surrounding areas of Chiba and Minowa with Derwin, searching for unusual records, video games, payphones, workwear and LaserDiscs, I captured the rich visual environment of the country and fun moments spending time with friends and family. This is sliced into a grid of sixteen squares in reference to the MPC sampler that Gold Panda creates all his music with, changing with the rhythm of the track colliding the sights, colours and shapes together and breaking out in psychedelic kaleidoscopes.”

Gold Panda has announced a series of live shows, including UK and European summer festival appearances with London’s Field Day on June 11th. 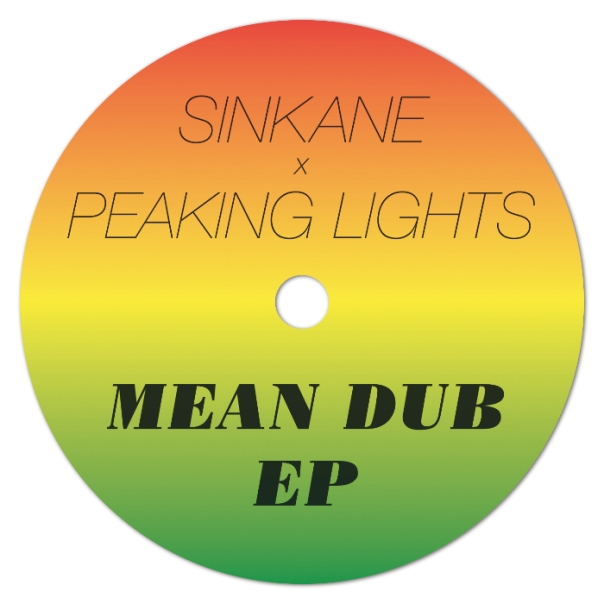 Approaching a busy festival season, including a performance at Glastonbury Festival this weekend plus Womad and Meltdown later in the summer, Sinkane has joined forces with Peaking Lights for a 12” EP release entitled Mean Dub, to be released on August 21st via DFA/City Slang.

Including stand-out tracks and BBC 6Music favorites “Hold Tight” and “How We Be,” there is also special attention given to one of the band’s signature live jams “Galley Boys,” a song that succinctly explores the spiritual overlap of reggae and country western music with floating pedal steel atop a heavy reggae beat.

Combined with Peaking Lights’ dub aesthetic, there is perhaps no finer example of the stylistic multiverse for which Sinkane is known, than this version of “Yacha.” It is the first taster from this 34 minute EP.

The two bands met whilst on tour with The Atomic Bomb Band (the William Onyeabor tribute project for which Gallab acts as music director), and quickly developed a mutual admiration for each others work.

“Dub is the epitome of music to me”, says Sinkane’s Ahmed Gallab. “It’s the concept of re-defining, re-appropriating, and re-interpreting an idea. Putting a different spin on something that already exists. It’s collaboration and renovation. I’ve always wanted someone to make dubs of Sinkane songs and these Peaking Lights joints have come out really beautifully and have shed an amazing new light and energy on our music. We can’t thank Aaron enough for these jams and the amount of work he has put into them.”

Aaron of Peaking Lights commented: “Sinkane are such a pleasure to tour with! When I first heard Mean Love I was blown away by it’s soulful psychedelia – not just a wash of reverb and delay psychedelic, but literally a new mind expanding approach to songwriting… Then I got into the stems to do the dub, and the fire within was lit!

Ahmed’s voice is amazing! Jaytram’s drums and Ish’s bass are fully locked in, and Johnny is a straight up shredder on guitar. I’m really, really happy with how these turned out, I hope you dig’em too. I hope I kept enough of the original essence that was already so beautifully laid out and freaked out enough for your trip. 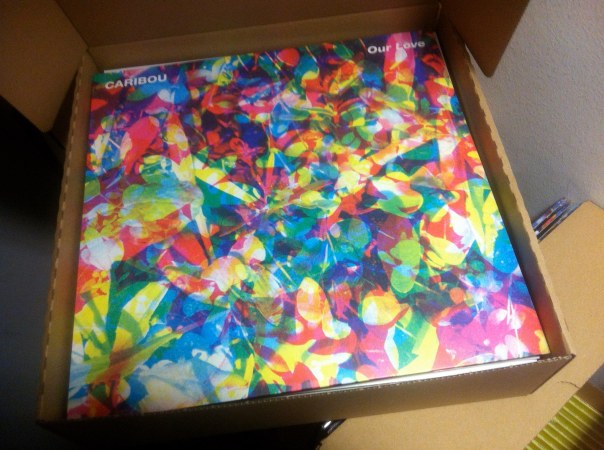 Canadian producer Dan Snaith, aka Caribou, has shared the video for his single “Our Love”, the title track of his excellent new album of the same name, out now on Merge Records/City Slang. Directed by Ryan Staake. 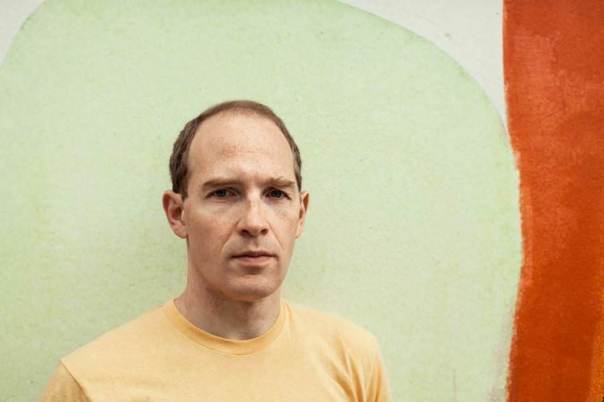 Dan Snaith’s Caribou gets remixed by… Dan Snaith’s Daphni! Below you can stream a more dancefloor-ready edit of “Our Love“, taken from Caribou’s forthcoming album of the same title, out on City Slang/Merge in early October. 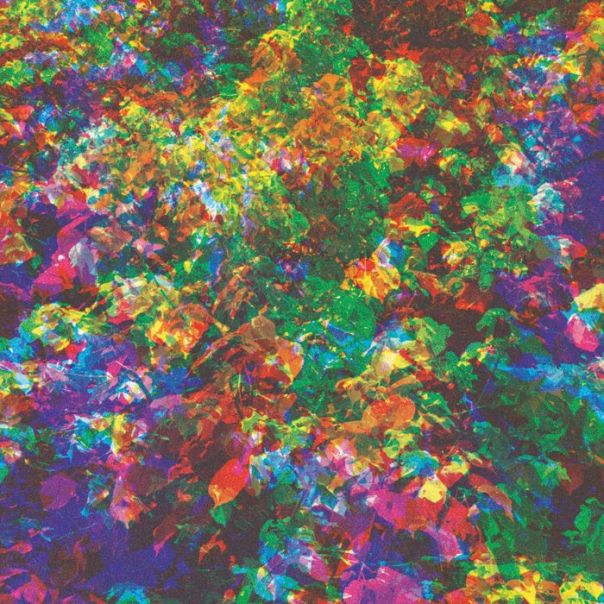 The track of this summer, Caribou’s Can’t Do Without You gets a great remix, which is a collaboration between Mano Le Tough and Tale Of Us. Out today on all digital stores. Original version will appear on the new Caribou album ‘Our Love‘, out on City Slang/Merge, early October. 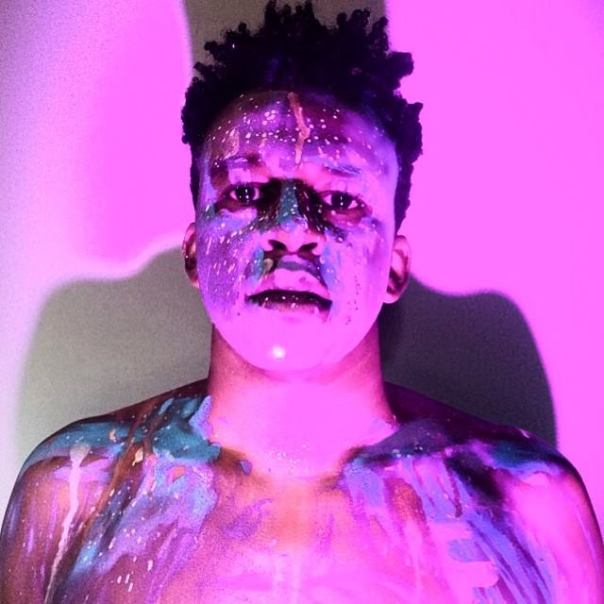 The “New Track” is the latest offering from Sinkane’s Mean Love, a complex record that unites rhythm and styles from all over the world with funky basslines, deep groove, West African slow-burners and many more influences coming together to form a cohesive sound. From Gallab’s childhood in Sudan there is a pan-African influence of popular Sudanes music and haqibah, as well as distinct horn and synth arrangements more common to East Africa. This background merges with the lessons learned from Ahmed’s touring stints with Caribou, Yeasayer and of Montreal, and especially the monumental task he underwent as musical director for ‘ATOMIC BOMB! The Music of William Onyeabor,’ a collaboration that brought on David Byrne, Damon Albarn, The Lijadu Sisters, Money Mark, Blood Orange, and members of Hot Chip, LCD Soundsystem, The Rapture and more. Mean Love speaks to Gallab’s uncanny ability to embrace and assemble a huge history as pure and generous modern-musical expressions, and arrive on September 2nd 2014 via DFA Records and City Slang worldwide.

Fans will receive instant downloads of “How We Be” and “Hold Tight” if they pre-order on iTunes here. 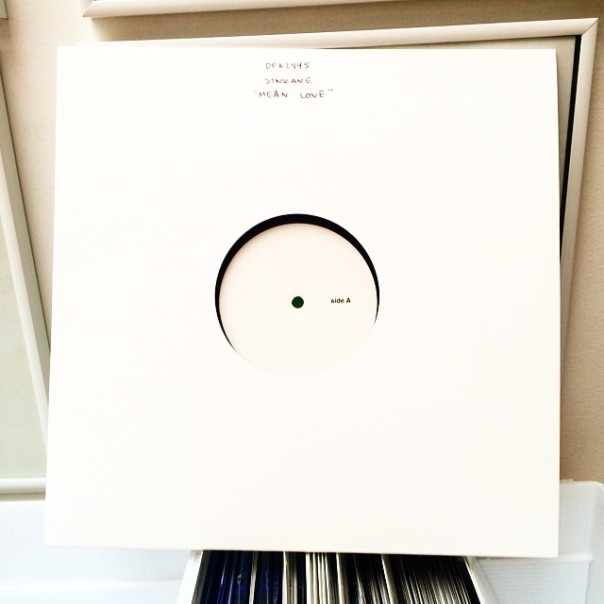 After a string of London DJ sets, Sinkane has announced his new album ‘Mean Love’ for release on City Slang on September 1st 2014 and has revealed it’s first track ‘Hold Tight’. Melodically beat-driven and meditatively lyrical, Sinkane’s Mean Love rolls like an emotional, existential history of the artist. Ahmed Gallab has created an altogether unique compound of sound, stylistically nostalgic and ultramodern at the same time.

From Gallab’s childhood in Sudan there is a Pan-African influence of popular Sudanese music and haqibah, as well as distinct horn and synth arrangements more common to East Africa. This background merges with the lessons learned from Ahmed‘s stints with obsessive craftsmen such as Caribou, Yeasayer and Of Montreal, and especially the monumental task he underwent as musical director of ‘ATOMIC BOMB! The Music of William Onyeabor.’

Gallab excavated and arranged a treasure trove of lost classics from the West African synth-pioneer to put together a now legendary series of performances. Alongside his band-mates in Sinkane (jaytram on drums, Ish Montgomery on bass, Jonny Lam on guitar), he also brought on guests Damon Albarn, David Byrne, The Lijadu Sisters, Money Mark and members of Hot Chip, LCD Soundsystem, The Rapture, and Blood Orange.

The experiences from this on-going endeavor contribute to the collective feel of the record and attest to his uncanny ability to embrace and assemble a huge history as pure and generous modern-musical expressions. Employing the architecture of pop, and a forward-thinking approach to its classic instrumentation, the vibes of Sinkane’s deep-groove past remain intact, in full force. There are doses of West African funk slow-burners, a noir blaxploitation cool, and a more afro-centric Curtis Mayfield is present, specifically in album standout ‘Hold Tight.’ A surprising country soul rising is detectable in the title track, Mean Love, and also in the hauntingly beautiful slide guitar work of ‘Galley Boys’ a la such soul heavyweights as James Carr and Solomun Burke.

Mean Love will be released September 1st 2014 internationally on City Slang (and on DFA Records in North America). Below, you can stream album’s cut “How We Be” and here you can check out “Hold Tight”.

Caribou – Can’t Do Without You 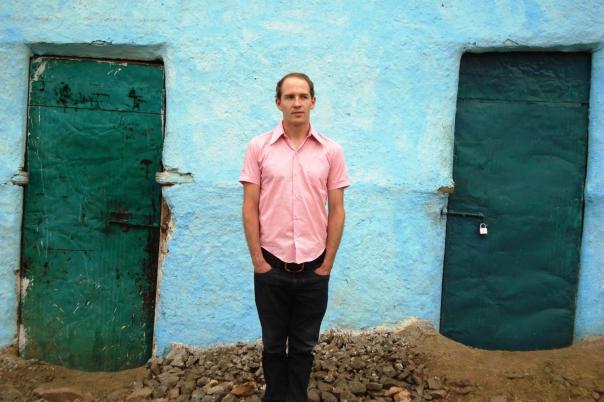 Dan Snaith will release a new 10-track album as Caribou, entitled “Our Love”, on City Slang October 4th 2014 in Germany and October 6th 2014 in the UK/EU and on Merge October 7th 2014 in Canada and the United States. A press release describes Our Love as Caribou’s “most soulful record to date, chock-full of heartfelt lyrics and organic nature which cuts through bubbling synths and blissful euphoria of their synthetic construction.” It also features collaborations with Owen Pallett and Jessy Lanza.

The first taste is the irresistable “Can’t Do Without You”, which can be streamed below. Pre-order the new album digitally and get this song for free instantly. 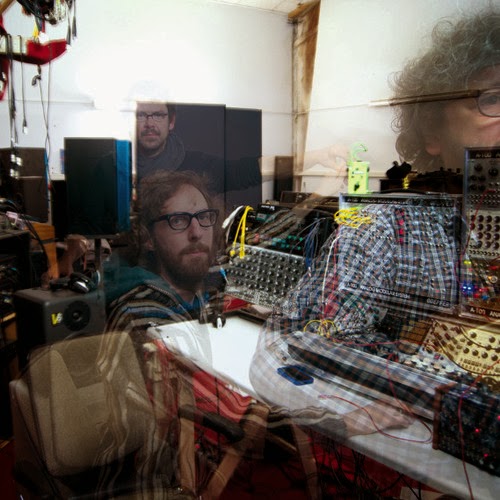 With their new album ‘Close To The Glass‘ set for release on February 24 by City Slang, The Notwist share an, accidentally very topical, new video for their ludicrously catchy new single ‘Kong‘.

The animated visual, directed by Japanese film-maker Yu Sato and featuring illustrations from Tim Divall, tells the true story of a young boy and his family trapped in their home by a flood, dreaming of being saved by a superhero as the water rose around them. Little did Sato know when making the video, quite how scarily apt it would be when released. 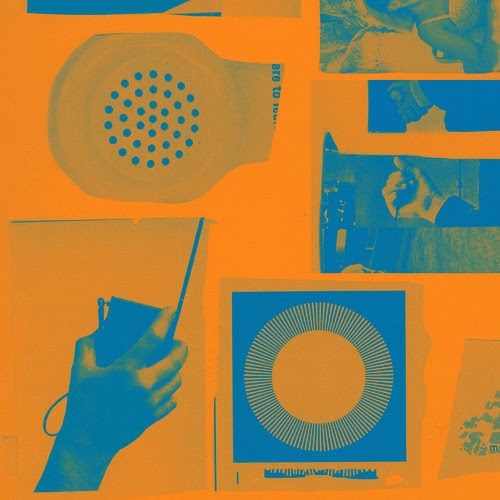 We’ve already posted the tense title track, and now here’s "Kong", a surprisingly uptempo cut from long-running German act the Notwist‘s new record, Close to the Glass, which is out February 25 in the U.S. via Sub Pop, February 24 in Europe via City Slang, February 12 in Japan via Afterhours, and February 21 in Australia via Spunk.