Video: Ross From Friends – The Daisy

On ‘Tread’ Ross From Friends dials up the intricate and emotive qualities of his production style that have previously led Mixmag to praise his “idiosyncratic dexterity that not only makes your heart ache, but dance right out of your chest”. An artist who demonstrates an ever-increasing mastery of his craft, ‘Tread’ is a record that is at once sleek and melodic but also eminently danceable, nostalgic but brilliantly modern, with nods to sounds and styles that are not so much reflected but refracted and recontextualised through Clary Weatherall’s lens.

Lead single “The Daisy” exemplifies the spirit of the album. A bewitching club track that skips out of the speakers, the peppy 2-step drums cosying up to swollen pads that tug on your heart strings. Drawing its name from one of the opening steps in solving the classic Rubik’s Cube puzzle, the single also comes alongside a video which peers into the world of competitive speed-cubing. Directed by Rudá Santos and commissioned as part of Crack Magazine’s ‘Three Minutes’ program, the video also features a cameo from Felix as a speed-cubing competition judge.

Recorded in the wake of the release of “Family Portrait” and constructed with the dancefloor at the forefront of his mind, the three tracks assembled on “Epiphany” 12” are sleeker and tougher than his acclaimed debut album but his signature warmth and personality is ever present. For the title track in particular, he drew inspiration from sci-fi movies. “I was watching a bunch of these films like The Thirteenth Floor, The Matrix (happy 20th anniversary) or Fifth Element, and I wanted the release to play on the idea of a desolate physical and social landscape becoming a utopia from a communal epiphany – or revolution”.

“I wanted to capture a more expansive, epic, sound.” he continues. “Following from the previous video for ‘Pale Blue Dot’, which centred around my parents. I named the 12” and track after my sister, Epiphany, and wanted it to be about her as much as a literal epiphany. The term feels like a step towards the bigger and expansive sound that I was going for, while naming something after my sister, who is one of my idols. I wanted the 12” to reflect a communal realisation, one that comes politically, or when you’ve escaped everything in the midst of the rave—hence the title of one of the tracks, ‘The Revolution’ too.”

The ‘Epiphany’ video builds on these sentiments as director Theo Nunn (Lisbon Studio) explains: “‘Epiphany’ guides the viewer on a breadcrumb trail to collective transcendence. Through our journey we follow the traces that chart the transformation of a culture, it’s abandoning of scientific conventional progress and the evolution of a musical enlightenment and psychedelic renaissance.”

Having graced stages at Coachella, Glastonbury and Sonar By Day so far this year, Ross from Friends returns to North America in September for shows in Brooklyn, Chicago, Austin, Portland, San Francisco and more. On his return to the UK he will embark on a month long DJ residency at London’s Phonox in October 2019.

“Epiphany” is out now on 12”/Digital via Brainfeeder.

Lapalux – ABOVE BETWEEN BELOW

Stuart Howard aka Lapalux surfaces with a limited edition ambient cassette on Brainfeeder, drawing inspiration from the journey through life, death and the afterlife, split into three movements “ABOVE”, “BETWEEN” and “BELOW”.

“The process of making the record lends itself to the idea of a never ending cycle and a slowly developing loop, much akin to the feeling of what it is to be alive, to die, and the afterlife” he explains. “In order to portray this cyclic feeling I used a 4 track tape recorder and a looping cassette tape which I recorded short musical ideas on to. I then played them back at varied speed and would record another loop on another track and repeat this cycle till the 4 channels of audio could harmonically shift and blend into one another. Then I would use the fader controls on my 4 track recorder, whilst playing the audio back, to fade in and out the individual parts that form each movement. This is all recorded live and in one take.”

Lapalux takes his stunning live show (based around a unique modular rack) to the US/Canada in December 2018. He closes the Asian leg of the tour at Cakeshop in Seoul tonight after visiting Taipei, Jakarta, Bangkok and Singapore.

Cassette / Digital
https://lapalux.lnk.to/abb
1. ABOVE
2. BETWEEN
3. BELOW

One of the most hotly anticipated collaborations of the year, Thundercat collides with BADBADNOTGOOD and the result is ‘King of the Hill’ – a perfectly imperfect fusion of Stephen Bruner’s inimitable falsetto and fretwork with a signature BBNG slumped backbeat and Flying Lotus production.

It is featured on the forthcoming 36 track  “Brainfeeder X” compilation celebrating a decade of the label’s fearless output. A beautiful 4LP vinyl box set designed by Charles Munka (creator of the original Brainfeeder logo) will be released on 16 November 2018 alongside 2CD and Digital formats. The list of classics is scarcely contained over two volumes – one is retrospective, the other comprises an unreleased future canon.

Movements rise and fall, but the ideas espoused over the last ten orbits remain indelible. If Brainfeeder hadn’t built the future, no one else could have even dreamed it.

In 1990, when Felix (aka Ross From Friends) was just a twinkle in his father’s eye, his dad – having built up a sound system in the 1980s while playing at various squat parties around London (including the then derelict Roundhouse) – decided that he wanted to get out of the capital and see some of Europe. He got his hands on a bus and started putting word out through a network of like-minded friends and acquaintances. At the time just a friend of a friend, the trip caught the attention of Felix’s (future) mum, who offered to document the whole thing in return for a seat, and in 1990 they loaded up the sound system and hit the road. They travelled through France, Belgium, West and East Germany (though returning through a unified one) and beyond, setting up in towns to share their passion for the sounds of hi-NRG dance, Italo disco and proto-Techno through spontaneous parties in whatever venue they could find.

Ross From Friends will release his debut album “Family Portrait” next Friday 27 July via Brainfeeder. Watch the video of ‘Pale Blue Dot’ – a new track lifted from the album. 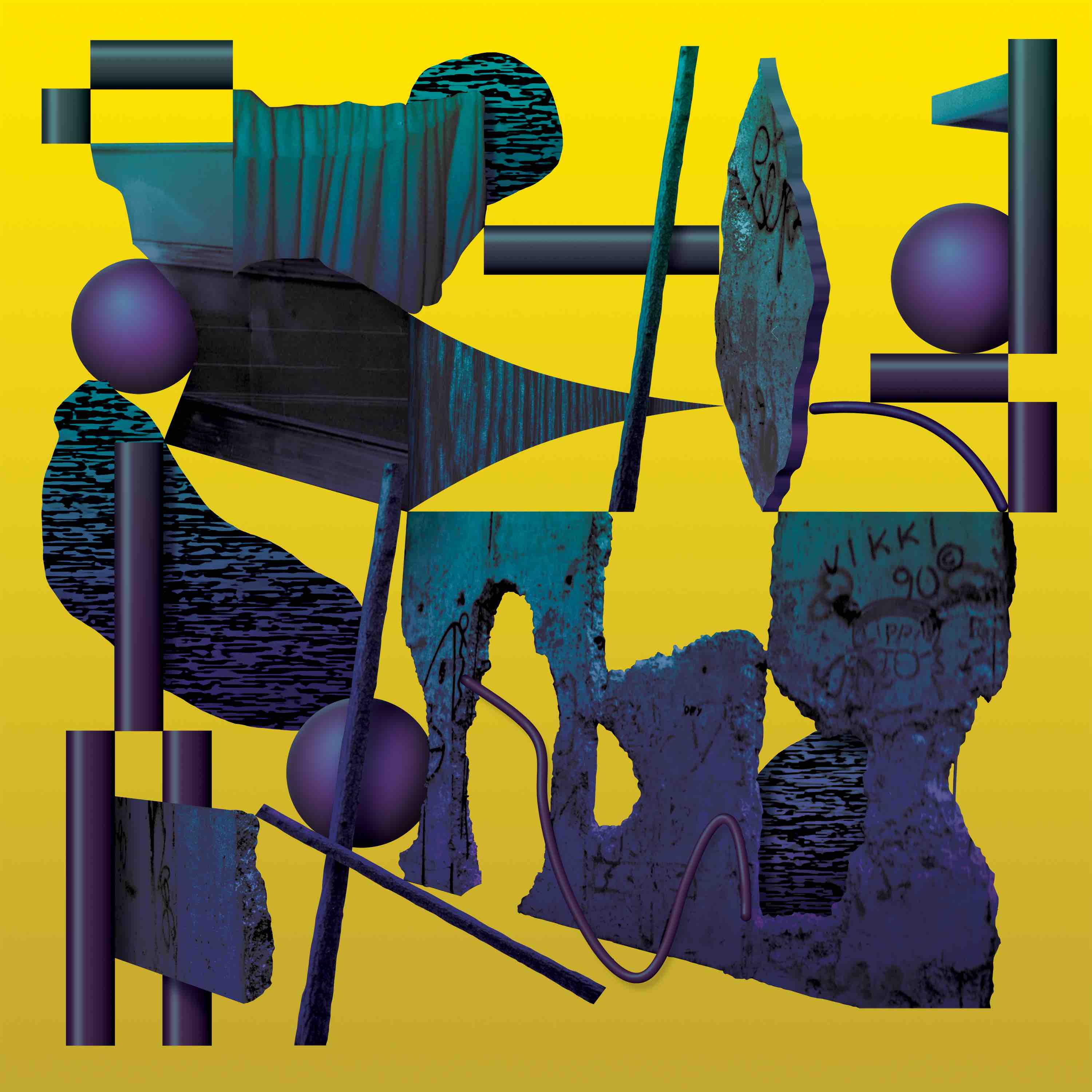 Having recently made his inaugural outing on Brainfeeder with “Aphelion EP”, British producer Ross From Friends aka Felix Clary Weatherall returns with his debut album on Flying Lotus’ label. “Family Portrait” is characterised by a perpetual desire to experiment and Felix’s obsessive attention to detail, somehow marrying an intricately layered production style with warm, heavily saturated sonics that elevate, rather than stifle, his melodious funk. With a handful of revered 12”s under his belt via Breaker Breaker, Lobster Theremin, Distant Hawaii, Magicwire and a 10” on Molten Jets. “Family Portrait” showcases his ability to shift and evolve, moving from the world of lo-fi to the world of FlyLo, he demonstrates a versatility exemplified by the ease in which he can switch between playing shows with Little Dragon, holding down a peak-time slot in Berghain’s Panorama Bar and performing live at Maida Vale for BBC Radio 1.

The culmination of almost two years of intense studio time, working 20 hour days, and often spending months perfecting just one aspect of a track. “I tried to be careful with every single sound” he explains, “Trying new things, making a bit more of an explosive sound”. The album also finds Felix recording his own voice for the first time, with the resulting tracks acting as snapshots of his personal life while recording. “Every time I went to make music the things which would really grab me are the emotional things, and while I’m in that place I felt I could really focus on the track. That was a massive part of this album, tapping into my emotions… into my emotional instability”.

The album title – “Family Portrait” – also nods to a very specific personal aspect of the record: the influence of his parents. Dance music has always been a feature in Felix’s life, with early memories of his dad producing music on his analogue set-up, or pumping out hi-NRG tracks on the turntable, he grew up discussing, sharing and learning about music from his dad. “My dad has been hugely influential to the whole thing,” he explains. However it was with the emergence of some old family VHS tapes, and the story of how Felix’s parents came to meet, that the true significance became clear.

Having built up a sound system in the 1980’s while playing at various squat parties around London (including the then derelict Roundhouse) Felix’s dad decided he wanted to get out of the capital and see some of Europe. He got his hands on a bus and started putting word out through a network of like-minded friends and acquaintances. At the time just a friend of a friend, the trip caught the attention of Felix’s mum-to-be, who offered to document the whole thing in return for a seat, and in 1990 they loaded up the sound system and hit the road. Travelling through France, Belgium, West and East Germany (though returning through a unified one) and beyond, setting up in towns to share their passion for the sounds of hi-NRG dance, Italo disco and proto-Techno through spontaneous parties in whatever venue they could find.

As integral to the Ross From Friends identity as the recorded music is the live show, the two having always existed in tandem. Enlisting the skills of two friends, John Dunk on sax and keys, and Jed Hampson on electric guitar, to build out his arrangements into a show which works as well on a festival stage as in a club. The band head out on a headline tour in September, with appearances at Primavera Sound, Field Day and Kala Festival this summer to name a few.

“Family Portrait” is released on vinyl, CD and digitally via Brainfeeder on 27th July 2018.

Taken from ‘Ruinism’, out now via Brainfeeder. 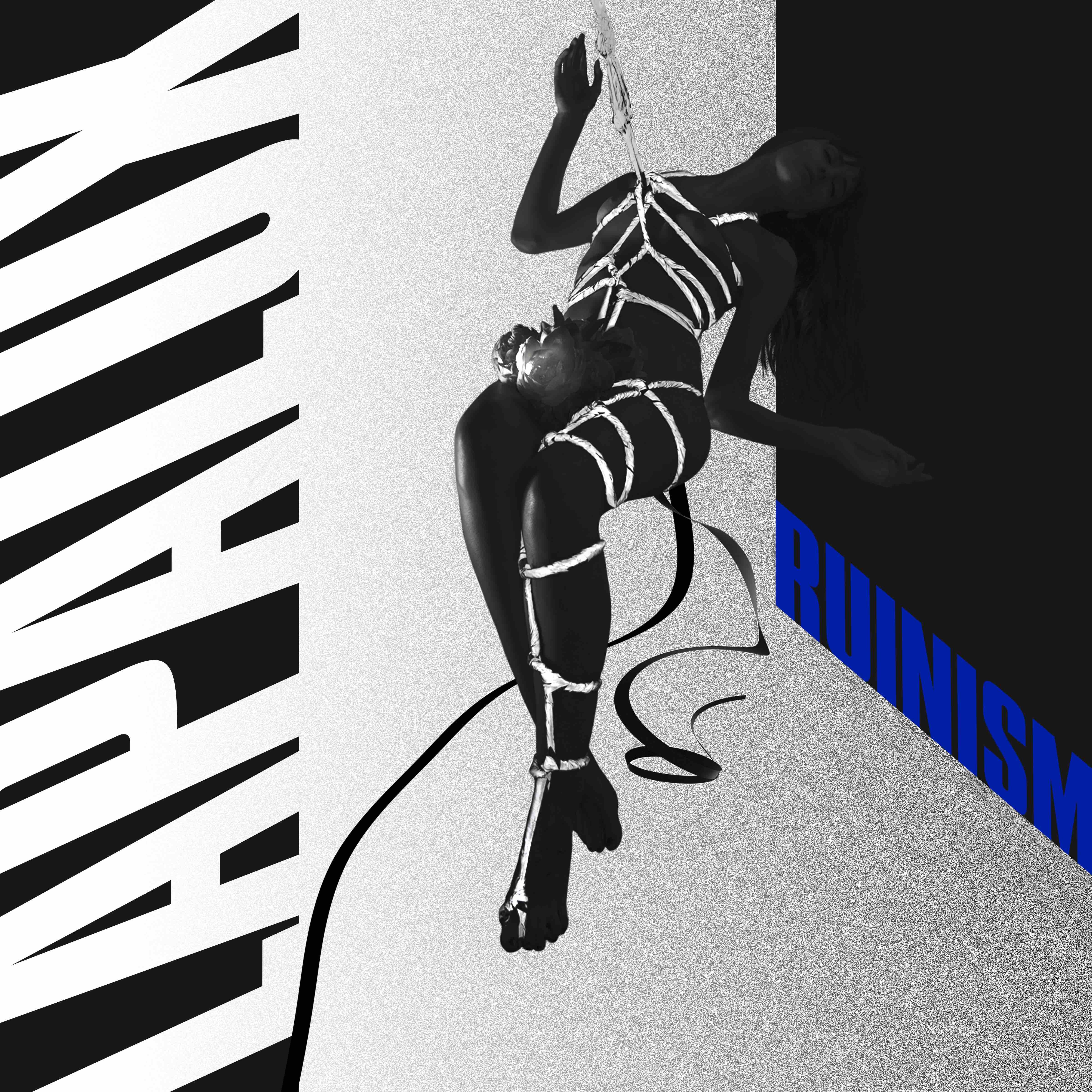 British producer Lapalux shares a brand new track – ‘4EVA (feat. Talvi)’ – via The FADER. Lifted from his forthcoming album “Ruinism” on Brainfeeder, the instrumental was born out of a jam session playing guitar, Korg Polysix and messing about looping a cassette, but it didn’t gel until Lapalux reached out to Talvi. “I’d been a fan of her band Prince Innocence for a while and loved her low slung, seemingly effortless style of singing,” says Lapalux. “As soon as I got the vocals from her it all fell into place and I rebuilt the whole song again to fit around them”.

“Ruinism” is released via Brainfeeder digitally on 30th June 2017 with vinyl and CD formats following on 28th July, including a superlative and strictly limited edition deluxe vinyl 2LP with gloss and emboss detailing produced in collaboration with Parisian atelier Imprimerie du Marais.