Manchester-based electronic producer OLSEN has shared a club-edit of Bonobo’s 2016 track ‘Kerala’ which you can check out and download for free here:

OLSEN is currently gearing up for 2017 with a set of new recordings on the horizon along with future edits and remixes in the pipeline.

It’s a song which, in its very conception, illustrates the transitory nature of the album and also shows how deftly broad Bonobo’s dynamics are as a composer. The chord sequence to “Break Apart” (premiered in conjunction with Spotify & Vogue) was sketched out by Green on a flight, Michael Milosh (AKA Rhye) then recorded the verses in Berlin, horns were added in London, then Green did the final mix in his own LA studio. Over a harp device, Bonobo builds a shuffling, emotional drumbeat, those aforementioned horns, piano and bass, over which Rhye delivers a stand-out vocal performance—achingly sweet, full of longing, perfectly understated. It’s extremely beautiful and one of the highlights of an album full of highlights.

Rhye has said of the song:
“I’m so happy Simon asked me to work on this song with him. From the moment I heard the instrumental track it spoke to me more than I can express in words. Being able to work with an artist that continuously makes me envious, like Simon, is where I always want to be.”

The recent release of the single “Kerala” (which premiered via Pitchfork) has been rapturously received. It was #1 on the Spotify Global Viral Chart with over a million streams in its first week and the official video became the 4th most trending on YouTube. In addition, Bonobo’s forthcoming live band show at Brixton Academy sold out in seconds, so quickly that another date was added and that too immediately sold out, a pattern seen across many of the dates of his world tour.

His 2013 album The North Borders went Top 30 in the UK and was number 1 in the electronic charts in both the US and UK. In support of that record, the 12-piece band Green fronts played 175 shows worldwide to over two million fans, including a sold out show at Alexandra Palace. Bonobo has built a large, loyal and engaged global fanbase: over half a million album sales and over 150 million streams on Spotify point to the levels of success achieved by this quiet, self-effacing man.

The signs are all there: Migration, which also features Nick Murphy (FKA Chet Faker), Nicole Miglis of Hundred Waters and Moroccan band Innov Gnawa, will take Bonobo’s beautiful, emotive, intricate music to an even bigger audience. “My own personal idea of identity has played into this record and the theme of migration,” Green explains. “Is home where you are or where you are from, when you move around?” The personal, it seems, can also be universal.

New music from Simon Green aka Bonobo is always an event, but when it heralds the arrival of a whole new album (his first since 2013’s “The North Borders”), it’s really something to get excited about. The masterful, magisterial “Migration” is Green’s sixth album and it’s a record which cements his place in the very highest echelons of electronic music and beyond.

Lead track ‘Kerala’ was the first track Green recorded for the new record, putting together a rough version of it on the tour bus while DJing across the States in 2014. It’s both a classic piece of Bonobo music and a development, all arpeggiated, twisted, layered strings and shuffling dancefloor rhythm. The music gradually builds until his introduction of a sample from RnB singer Brandy, itself cut up and dealt with as a further texture, with the whole sitting in a sweet spot of uplifting euphoria that he’s so adept at finding. The hypnotic video, has been directed by Bison (Jon Hopkins/London Grammar/ Rosie Lowe). It compliments the shuffling arpeggios and beats perfectly by creating staggered loop effects where the lead Gemma Arterton (Quantum of Solace/Inside No. 9) battles through a mysterious, distorted reality with a meteor flying overhead.

In particular, there is a theme on the upcoming album of migration, eruditely put by Green as “The study of people and spaces,” he expands, “It’s interesting how one person will take an influence from one part of the world and move with that influence and affect another part of the world. Over time, the identities of places evolve.”

Indeed there is a “transitory nature” to the album, not only through its themes, but also through its guests and found sounds. Michael Milosh, from the LA group Rhye, for instance, is originally from Canada and recorded his affecting vocal on ‘Break Apart’ in a hotel room in Berlin. Green, meanwhile built the structure of the track during a transatlantic flight. Nick Murphy (formerly known as Chet Faker), on the other hand, is from Australia, but a shared love of disco brought the pair together for the hugely emotive ‘No Reason’. Nicole Miglis of Hundred Waters, originally from Florida, delivers a superbly understated vocal for the glistening textures of ‘Surface’, while Moroccan band Innov Gnawa, based in New York, provide the vocals, on ‘Bambro Koyo Ganda’. Additionally, Green has used a sampler (“but not in a big boomer, wearing a cagoule kind of way.”) and woven found sounds such as an elevator in Hong Kong airport, rain in Seattle, a tumble dryer in Atlanta and a fan boat engine in New Orleans into his intricate sonics.

Bonobo’s DJ shows cannot be underestimated in importance to the overall feel of “Migration”, his much loved Output DJ residencies in New York and his global ‘Outlier’ club curated series were where he road-tested tracks. The landscape of his new home in California has provided the artwork of the record, designed by Neil Krug (Boards of Canada/Lana Del Rey). All the desert locations pictured “are close to where I now live,” Green explains. “Part of the writing process was to drive up to these places and live with the tracks as I was making them. This was a new part of the world to me, where the landscape is quite alien and Martian.” The album cover art has been gradually appearing in London and Los Angeles as giant murals.

A contemporary of artists such as Four Tet, Jon Hopkins and Caribou, Bonobo also counts among his famous fans the likes of Wiz Khalifa, Skrillex, Disclosure, Diplo and Warpaint. His 2013 album “The North Borders” went Top 30 in the UK and was number 1 in the electronic charts in both the US and UK. In support of that record, the 12-piece band Green runs played 175 shows worldwide, including a sold out show at Alexandra Palace. Bonobo has built a large, loyal and engaged global fanbase: over half a million album sales and over one hundred and fifty million streams on Spotify point to the levels of success achieved by this quiet, self-effacing man.

It might be difficult to imagine it, but “Migration” will take his beautiful, emotive, intricate music to an even bigger audience. “My own personal idea of identity has played into this record and the theme of migration,” Green explains. “Is home where you are or where you are from, when you move around?” The personal, it seems, can also be universal.

With rumors of a new album in 2016 setting the internet alight, electronic powerhouse Bonobo drops a treat for fans in the shape of an exclusive, deluxe physical edition of a much-loved remix.

Featured regularly in the fired-up DJ sets he’s been playing across the globe, Bonobo’s take on French jazz legend Henri Texier’s ‘Les La-Bas’ is jazz-tinged house at its most compulsive. The track will be made available for the first time for Record Store Day 2016, in a beautiful heavyweight 12” edition designed by Grammy-Nominated artist Leif Podhajsky, and featuring a pattern created by raised varnish studs. The b-side features Texier’s original track, first released by the double-bass virtuoso and Don Cherry collaborator in 1977. 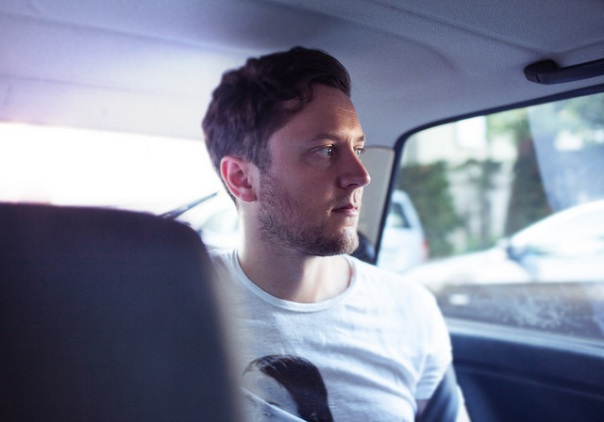 Less than a month away from the release of his forthcoming “Flashlight EP”, Bonobo has shared a full stream of floor-focused EP cut “Pelican.” The EP will drop on December 1st 2014 on Ninja Tune.

Bonobo returns to Ninja Tune with a new three-track EP, Flashlight, which is said to find Bonobo “getting back to what he does best…[with his] hunger for producing new music [being] potently evident“. The EP will drop on December 1st and the title track, can be heard in full below. In addition, Shazam users can download “Flashlight” for free by “shazaming” the track on their mobile devices.

NYC-based DJ/electronic musician Simon Green aka Bonobo has shared a new mix for free download via Thump, aimed at the dancefloor, featuring tracks from Moderat, Leon Vynehall, and others in the course of its 50-minute run. Bonobo’s full Mixed By session can be streamed below and downloaded here; an accompanying tracklist is not (yet) available.

Maya Jane Coles – Something In The Air (Bonobo Remix)

Bonobo remixes Maya Jane Coles and responds to her remix of First Fires. No need for more comments. Just listen.