Loframes – In Love With You EP

Following on from the success of their debut single Loframes (London born artist James Yuill and French producer Franck Russo) return with a cover of the classic French House track ‘In Love With You’ by Paradise (Alan Braxe). One of the duo’s favourite tracks, the cover has already received the enthusiastic blessing of Mr Braxe and comes complete with remixes from Parisian producer Monsieur Adi, Brighton’s Aashton and Belgian new-comers Shut Yo Waffle.

It’s out on December 11th. Both the original and Monsieur Adi remixes will be available to download for free ahead of release.

With remix credits for the likes of Lana Del Rey and Bastille, Monsieur Adi is one of France’s most exciting and in-demand producers and his remix of ‘ILWY’ shows just why, lowering the tempo whilst raising the funk to turn in an irresistible remix. Meanwhile having remixed Loframes debut, Brighton’s Aashton returns with another of his trademark club tools, perfect for when you just want to lock the dancefloor in and take them deep into the mix.

You can now stream the full set of tracks on Soundcloud, so along with the original version you have remixes from Roche Musique’s Kartell and up and coming UK producer Aashton and a 2nd original track, ‘1996’. Both remixes are sure to soundtrack dancefloors and poolsides alike throughout 2015, while ‘1996’ is a track that eschews the romantic pathos of ‘Get Real’ for more straight up dancefloor euphoria. 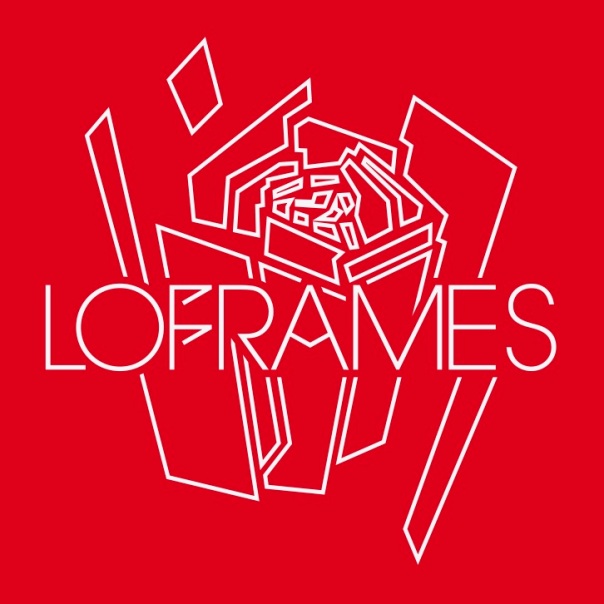 ‘Get Real (Can’t Touch Your Love)’ is the debut single from Loframes, a hands across the water partnership between London born artist James Yuill and French producer Franck Russo. An addictive introduction to the band, ‘Get Real’ is a lovelorn yet satin sheet smooth ménage of classic Pop songwriting and Deep House that does more to rehabilitate the saxophone in 3 and a half minutes than anyone since Tim Capello’s oiled torso took centre stage on the Lost Boys soundtrack.

Turning their debut over to two of their friends, ‘Get Real’ come with remixes from Roche Musique’s Kartell and up and coming UK producer Aashton. Stripping the track back to its essential dancefloor components Kartell works back from there to create a stunningly deep rework, whilst Aashton injects more than a little bump’n’grind and Garage shuffle into the proceedings. Both remixes are sure to soundtrack dancefloors and poolsides alike throughout 2015.

Completing the package Loframes give us ‘1996’, a track that eschews the romantic pathos of ‘Get Real’ for more straight up dancefloor euphoria. A hands in the air House anthem that acknowledges the ‘90s sound without being beholden to it, this is the kind of track that will make ‘em sweat everywhere from South London basements to Miami beach parties.

Already selected for Toolroom’s upcoming ‘Poolside Ibiza 2015’ compilation (mixed by Cyclist) ‘Get Real’ sees Loframes up at the crack of dawn to place their towel on the music industry’s sun lounger, staking their claim to be one of 2015’s most exciting new electronic music acts.

‘Temul (Lie Low)’ is the new single from Belgian duo Arsenal and the third single to be released from their new album ‘Furu’. The single features the vocals of rising Danish star Lydmor, who also appeared on Alle Farben’s new album and is currently finishing her own debut album. The single comes with remixes from UK House producer Aashton (free via XLR8R), and up and coming Belgian acts VUURWERK and Faisal (free below).

The video for ‘Temul (Lie Low)’ features underwater footage of Lydmor interspersed with extracts from the upcoming film ‘Dance! Dance! Dance!’, directed by Arsenal’s Hendrik Willemyns & Ken Ochiai. ‘Dance! Dance! Dance!’ was shot in Japan earlier this year and will be premiered at the Ghent Filmfest in October.

Having recently topped the Juno charts with his dancefloor anthem ‘I Can’t Shake It’ Aashton, shifts down a gear and taking a cue from the track’s ethereal coda reworks the song into a sun kissed Balearic House gem, meanwhile Faisal breaks the track down into a skeletal RnB jam and VUURWERK’s remix incorporates elements of electronica, UK Bass music and footwork to create a mesmerising new version.

Also tackling ‘Cape Town’ is UK house producer Aashton, whose follows recent remixes for the likes of Logo (Kitsune) and Compuphonic (Get Physical) with a stripped back percussive remix, perfect for late nights on dark, smoke filled dance floors (stream below).

With remixes to his credit for everyone from Giorgio Moroder to Gossip, new Eskimo Recordings signing ATTAR! reworks ‘Everything You Wanted’ into an uplifting slice of disco house, complete with uplifting pianos, bubbling bass lines and dazzling synths (stream below).

Fresh from releasing their latest single ‘Tension’ (ft. Sound Pellegrino’s Teki Latex) Swiss duo Mercury take ‘Everything You Wanted’ into deep, techy, house territory, whilst completing the package New York based producer All Dom Wrong delivers a hypnotic mix of the Balearic ‘Follow Me Down’, that sounds some long forgotten ’88 classic unearthed, given a light dusting down and ready to set dance floors alight 25 years later.

With the band already beginning work on their third album, ‘Heirs & Graces Remixed’ is final Vitamin D enhanced gift for the Northern Hemisphere and reminder of one of the year’s most refreshing albums.