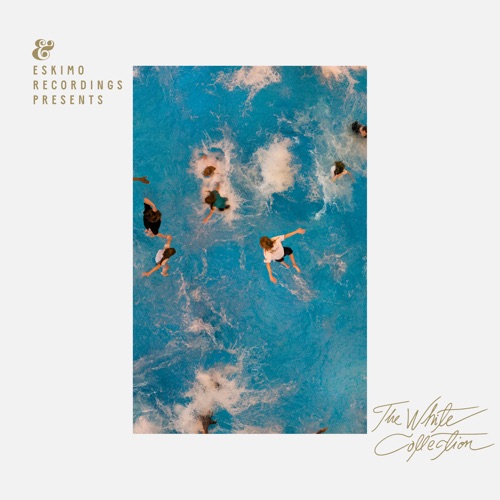 As it enters its 20th year of existence Belgian label Eskimo Recordings shows no sign of slowing down or scaling back its ambition. To kickstart this auspicious year the label returns with The White Collection’, 8th release in its acclaimed ‘Colour Series’ and a globe-trotting compilation featuring 14 tracks of leftfield electronic music drawn from 9 different countries.

Opening the compilation we head to the Russian Republic of Tatarstan where producer Anton Firtich, aka Antenna, has been steadily making a name for himself with a series of stunning cosmic disco releases. ‘Song for Udmurtia’, named for the region where both Anton’s wife and his cat came from, builds on that reputation. A breezy piece of laid back electronica perfectly positioned somewhere between the sophisticated lounge music of Herb Alpert and the Scandi-sounds of producers, and Eskimo alumni, like Lindstrøm & Prins Thomas.

Heading west we find ourselves in the Greek capital of Athens where Eskimo veteran NTEIBINT joins forces with vocalist Matina Sous Peau for ‘Back to the Roots of Love’. Well known for his sumptuous reinterpretation of classic disco sounds, ‘Back to the Roots of Love’ sees NTEIBINT widen his sonic palette, the result a stunning number that combines pop and disco sounds with the jazzier end of 90s Broken Beat.

Returning home, Gent 4-piece Omar Dahl provides the first entry in the compilation from a Belgian band with ‘Oscar’s Walk’. Inspired by Arabic and Balkan sounds and even a little of the widescreen cinematic feel of Ennio Morricone’s Spaghetti Western soundtracks, ‘Oscar’s Walk’ combines mournful brass and string instruments and shuffling beats to create a wonderfully hypnotic 5 minutes of genre-defying music.

Having previously provided 2 remixes for Eskimo much tipped Australian producer The Oddness makes his full debut on the label with ‘Get It Together’. Another dose of psychedelic, dub flavoured electronica that keeps the tempo low and the strangeness dialled up, ‘Get It Together’s chugging beat provides the perfect backdrop for myriad sounds to rattle and reverb their way into the cosmic ether.

Tel Aviv’s Middle Sky Boom makes a welcome return to Eskimo with the aptly titled ‘Dreamy Route’. A hazy, atmospheric jam featuring gauzy vocals, insistent looping chimes and textures that drift over the stuttering beat, the perfect accompaniment to a cocktail, or two, on a golden Mediterranean beach as the sun slowly sinks below the horizon.

Back to Belgium and this time an up & coming producer, Julian Hival, who recently made his debut on Traum Schallplatten. Drawing inspiration everywhere from Berlin underground techno to alienating downtempo compositions Julian’s contribution to ‘The White Collection’, ‘Lavender’, is a sprawling epic filled with eerie menace that recalls the likes of composer John Carpenter’s synth heavy 80s soundtracks.

With just a handful of releases to his name Sweden’s Paresse has already been tipped for big things by the likes of DJ Mag in the UK and ‘Angelus Redux’, a club ready number fuelled by a percussive heavy beat, bubbling bass line and topped with sparkling synth arpeggios and the kind of breathy French vocal that ecstatic moments in dark spaces were made for, shows just why so many have him on their radar.

One of the many highlights from Eskimo’s recent releases was the debut EP from Belgian producer Transistorcake. Ending a 5-year hiatus since his debut was picked up by Soulwax for their GTA station, ‘The Future Plans EP’ featured a set of evocative and ultimately euphoric electronica. This ‘Alternate Take’ of ‘Future Plan I’ from Transistorcake himself showcases his full live band and features a more improvised feel to the lead synth melody and driving motorik drums.

Heading west to San Francisco’s Bay Area Eskimo welcomes back Michoacan after a 7-year absence. Making up for lost time the producer, whose back catalogue also includes releases on labels such as DFA and Bear Entertainment, delivers a fine return in the shape of ‘I Can See’, a rousing disco-punk-pop number sure to find a home in both sticky-floored indie clubs and tropical disco beach parties alike.

If records were judged on name alone then Tonarunur’s ‘Relatively Safe Horseback Riding’ would be a shoo-in for all 2020’s end of year lists already. As it is the Icelandic producer’s Eskimo debut more than stands on its musical merits too and if ever a song has better captured the fun and excitement of a ride on a magical flying horse via the medium of sparkling synth-heavy space disco then we’ve yet to hear it (and of course would love to).

One of the new generation of Scandi-disco artists to have emerged in the past couple of years Bergen’s Cavego follows up a series of hugely acclaimed releases for Eskimo with the euphoric, bouncing, ‘Alfred (Og Vennene Hans)’. Harnessing the power of his enviable synth collection to dramatic effect Cavego delivers a more club focussed effort than previous releases without losing any of the cinematic feel that made his debut EP so entrancing.

Already a club hit Russian duo Radial Gaze’s ‘Totem Echoes’ makes a much-welcomed reappearance on ‘The White Collection’. An eclectic mix of disorientating synths, tribal chants and industrial percussion it’s a stunning release from this nascent partnership that recalls the like of Moscoman and fellow countrymen Simple Symmetry.

Having previously released on Eskimo with Middle Sky Boom, Eliezer teams up with fellow Tel Aviv producer Asaf Sanzer, aka Rina, for ‘San Sebastian’. Recalling the likes of Red Axes and Curses ‘San Sebastian’ filters Middle Eastern melodies through post-punk, house, disco and techno to dramatic effect, the end result in the kind of track that could equally soundtrack a beach party in Tel Aviv or a Goth basement club in Leeds.

Ending the compilation on a sweet, sweet blissful high Eskimo turn to another Nordic star in waiting, Boblebad. Built around a simple yet instantly addictive acoustic guitar refrain and sympathetic beat, ‘Kontemplasjon’ subtly builds as new elements, swirling synths, softly caressing strings and additional guitar parts, glide in and out of the mix gently melting away all your troubles.

Since launching in the year 2000, Gent based Eskimo Recordings has gone onto become one of the leading electronic music labels in the world releasing genre-defining artist albums and compilations from the likes of Satin Jackets, Aeroplane, Lindstrøm, Prins Thomas, The Glimmers, Optimo, Psychemagik and many more. Since its launch in 2013 the ‘Colour Series’, now in its 8th edition, has continued to build upon the label’s reputation, not only for discovering and curating great music but for great design and continuing that tradition the cover for ‘The White Collection’ features a stunning photo, ‘Gravitation’, by Amsterdam based German photographer Katrin Korfmann.

The White Collection out April 3 – fanlink.to/TheWhiteCollection