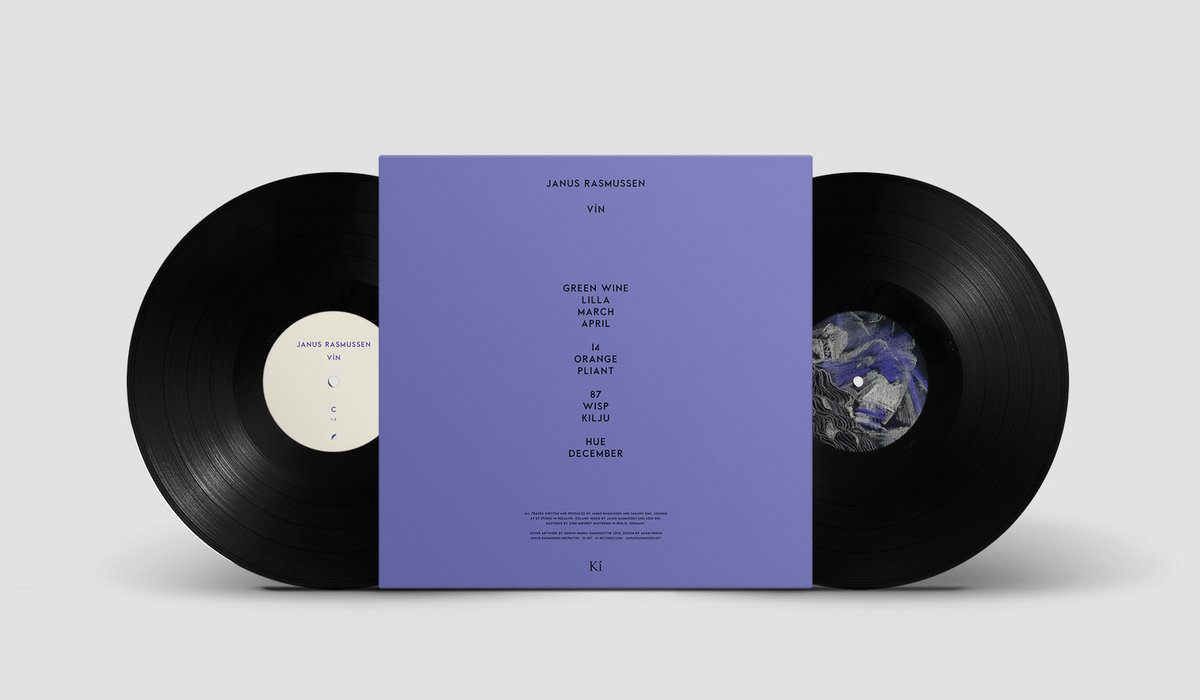 There’s a first time for everything. Recently, Janus Rasmussen, one half of the acclaimed music duo KIASMOS, decided to go on his own with his first solo album, Vín. Now, only three months later, the electronic music producer from the Faroe Islands is releasing two remix EPs with tracks from Vín reinterpreted by six electronic music artists.

The material is divided into two EPs, the first containing remixes of three tracks by collaborators Delhia de France, Aparde, Joseph Ashworth and Aleksandir, and the second containing remixes of Rasmussen’s track ‘14’ by collaborators Ryan Davis, and Olaf Stuut. “What I love about these artists is that they are all very expressive. They all make very deep and emotional music themselves, so it’s a perfect fit for them to remix my music with all its weirdness and nuances,” says Rasmussen.

Although Rasmussen didn’t know the collaborators personally, he had been following all six of them closely. Berlin-based producer Aparde is part of Christian Löfﬂer’s Ki Records, the label which has also released Rasmussen’s solo debut, Vín. “You can really hear that he’s drummer, his rhythms are always so interesting and endearing,” says Rasmussen of Aparde, “His sound design is huge as well.” Janus already collaborated with Delhia de France, German singer, songwriter, producer and visual artist on her previous track: „I was really pleasantly surprised by the great production and the enchanting vocal performances. This type of music is just up my alley. Moody and dark sounds are deep in my Nordic DNA.“ Ryan Davis has become a household name in clubs worldwide with his melodic techno, and Rasmussen had been playing Davis’ tunes in his live sets for a long time, “He’s super intricate with his remixes and you can really hear how much work and soul he put into these pieces,” says Rasmussen.

The resulting EPs see Rasmussen’s tracks be taken into all sorts of directions, some more down-tempo and others thumping, some amplify elements of Rasmussen’s original track to extremes while others have the original melody running nearly imper-ceptible at the background. “It’s such a huge honour getting artists that you really respect to remix your material, it’s so fascinating to hear in which way they take the music,” says Rasmussen, “Sometimes it’s a completely new song and sometimes it’s just expanded or made better.” Despite these differences, all five collaborations are an astounding testament that Rasmussen’s inaugu-ration in the world of remixes definitely flowed, “It was a surprisingly easy process. I would do it again in a heartbeat.”