Upcoming live duo UNDERHER are further proving their production talent with a new EP, ‘Dark Souls’. Due for release on their own imprint IAMHER, the package includes two original productions, two remixes of the title track from dörfler and Strinner, and a remix of second track ‘Strained Are WE’ from Koa.

Title track ‘Dark Souls’ is already a favourite of UNDERHER’s burgeoning fan base since it became a staple in their live performances. The track showcases the best of the duo’s talents; Jessica’s sensual vocals elevating Kalden’s electronic production outside of the club realm into cinematic anthem territory. Second track ‘Strained Are We’ is darker and deeper, with lyrics inspired by injustice, the absence of control, and the lack of a voice. Finally, upcoming production talents dörfler, Strinner, and Koa each add a fresh perspective on the title and second tracks respectively in their separate remixes.

With this distinctive sound it’s no surprise that UNDERHER have already caught the attention of tastemakers across Europe; both ‘Dark Souls’ and ‘Strained Are We’ have already featured in the popular Netflix series, ‘Elite’. The pair have also turned in official remixes for music royalty Moby, U2 and Booka Shade – who liked their production so much they’re now collaborating with them for a future release. UNDERHER’s incredible live performances – with Jessica on vocals and Kalden on a full electronic setup – have seen them support the likes of HVOB and SOHN, and play festivals and club shows internationally such as Stereo Montreal, Piknic Électronik, Uberhaus Beirut, Sisyphos and Katerblau Berlin, and Blue Marlin Dubai. With their profile growing, UNDERHER finally released their debut EP ‘Inside’, in October 2018, and are planning an album as we go into the new year. 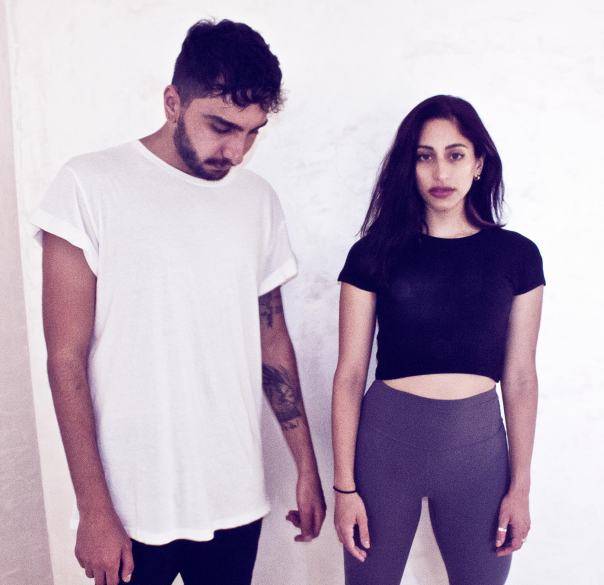