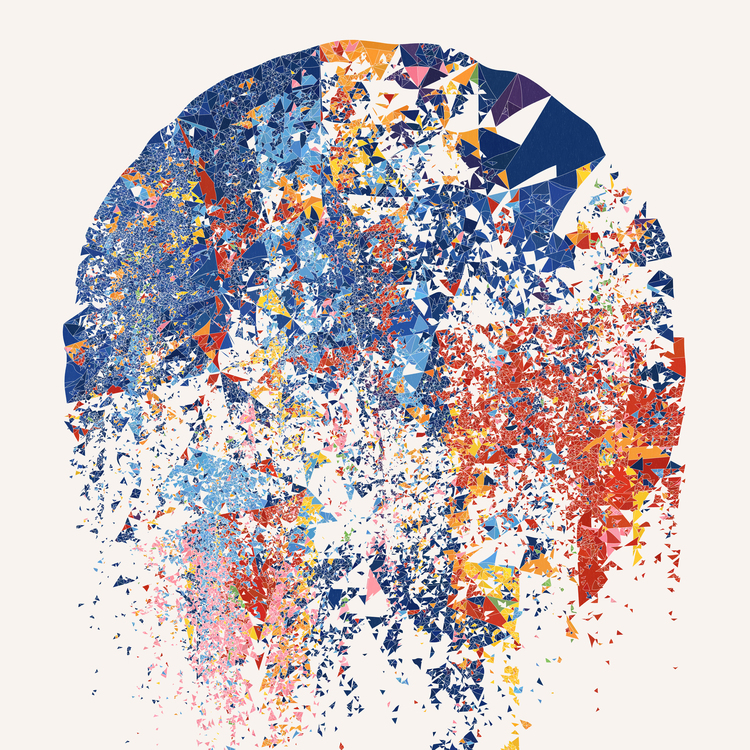 After spending a month in complete isolation at a remote cottage in Wales, Max Cooper presents ‘One Hundred Billion Sparks’, his third studio album, in which he interrogates notions of identity whilst profiling the complex mechanisms that make us all wonderfully unique.

“For me personally, the foundations of nature, in the broadest sense (including us), carry the most beauty and maddening incomprehensibility. The more something is distilled, the more its beauty is crystallised. That is why I am compelled to look for foundations as a general approach.”

His previous album ‘Emergence’ applied this reasoning outwards but for ‘One Hundred Billion Sparks’ he applied it inwards. Conceptualised during a period of intense isolation, the album searches for artistry amongst the mechanisms, emotions and constructs which yield our identity and experience.

“‘One Hundred Billion Sparks’ is my attempt to express what was there after I had removed my everyday life. No phone calls, no emails, no messages, no human contact or conversation for a month, that was the idea.What I found were the fables we live inside, our constructs, the mechanisms which create them, and the experience of parsing them.”

It is a project that can be appreciated both for its complex groundings and beautiful simplicity in equal measure. Pairing crystalline, microscopic sound with sweeping ambience and immersive textures, Max refines his signature sound across a range of tempos. Retaining the duality for which his work is now known for, extensively detailed tracks are bound together by affecting harmonies and driven forward by focused drum patterns in tracks like ‘Hope’. Whilst the sound palette is unmistakably his, the album sees him experimenting with new styles, as highlighted in the industrial swarm of ‘Reflex’, the dubby minimalism of ‘Identity’ or the post pop choppy vocals of ‘Rule 110’.

Every piece of music on the album is a score to the visual story underpinning the project. Each chapter conceived in both musical and visual form from the outset, and carried forward as collaborations with visual artists. These chapters are explained in detail on an accompanying website which will be released alongside the album. On his process, Max explains: “Nature is like art – full of structure, complexity, paradox and many other things which invoke awe, beauty, peace, confusion, frustration and feeling.That is why I involve scientific ideas in my projects; they are a rich source of aesthetic and feeling.”

As one of the leading artists exploring the intersection of music, science, art and technology, Max Cooper has sustained a reputation for providing insightful projects via sound, visuals and immersive installations. ‘One Hundred Billion Sparks’ advances that reputation, with an artistic exploration of ideas communicating the marvel of our existence.

Max Cooper will be going on tour to showcase his new album with stops at Melkweg in Amsterdam, Koko in London, Gaîté Lyrique in Paris, AB in Brussels, Funkhaus in Berlin and more.

Find all details on the Koko show here and all his album tour dates here.

Posted on June 8, 2018, in stream and tagged Max Cooper, Mesh. Bookmark the permalink. Leave a comment.