Deadbeat – Wax Poetic For This Our Great Resolve LP 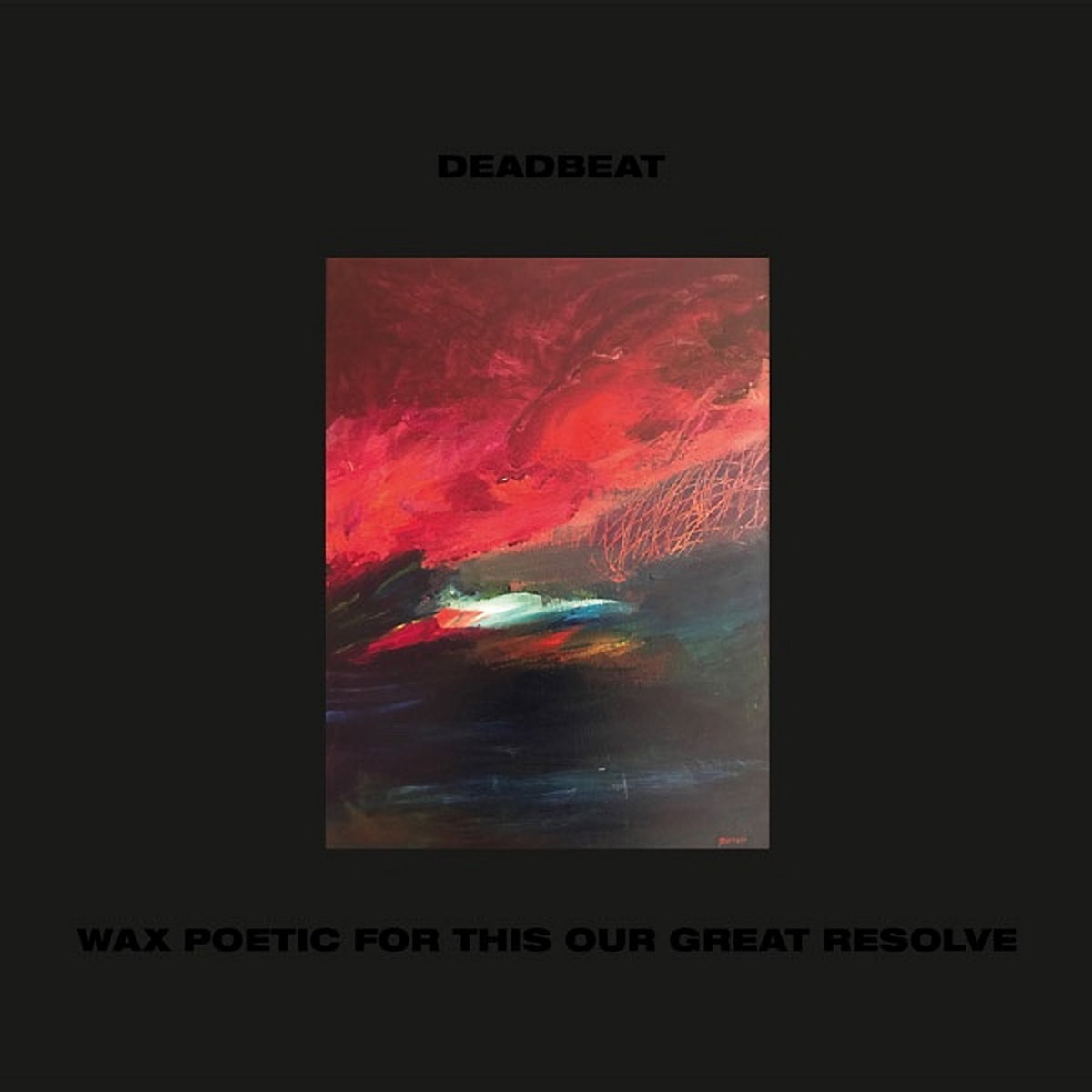 We are living in precarious times. A senile, racist old man prone to temper tantrums has his tiny hands on the controls of the most powerful military machine the world has ever known. A handful of his (no less dangerous) international business associates and personal friends possess more collective wealth than the rest of us put together. The oceans and forests of the planet are dying slow deaths by asphyxiation, force fed 300 million tons of  plastic garbage every year, and the temperature, both literal and rhetorical, rises the world over with each passing day. The formerly quaint ritual of rolling out of bed and reading the morning news over a cup of coffee is now an act reserved only for true sadists. To start each day being reminded that we have wilfully engineered a reality of such profound injustice and utter stupidity is enough to make the blood of even the most devote pacifist boil with rage. Rage in of itself however is the most dangerous of emotions. The burning torch of  the riot and the mob. If the results of it’s expression fail to provide at least the possibility of change for the better, then the rantings and ravings it fuels are worth little more than the breathe spent delivering them. Hope then, it seems, is the key to allowing us to carry on in the face of so much non-sense. On his latest studio album, we find Scott Monteith aka Deadbeat ruminating with hard earned wisdom and confidence upon this very notion.

The album began with the simple idea of asking friends from across the globe for messages of hope. No musical input was provided before hand, and each participant was free to interpret the request as they saw fit. Though  some of the names involved will be familiar to electronic music listeners (Gudrun Gut, Thomas Fehlmann, Mike Shannon), the common thread linking all of them is their friendship with Monteith and the many hours he has spent enjoying their company over the years. As so often happens when good conversation is shared among good friends, the results are as surprising as they are inspiring, spanning original prose, dialectic word games, and timeless quotations in six languages. Each song on the album was then composed around the content received, and named after the people who did the speaking. Ranging from the overtly political to the tenderly inspirational and many points in between, Wax Poetic For This Our Great Resolve provides verbal expressions of hope as diverse and rich as the experiences of the people who so generously delivered them.

Musically the album sees Monteith taking his well honed sound design abilities and wide screen arrangements to new heights, and exploring a deep interest in traditional analog recording methods to mesmerizing effect. Every sound on the record, whether generated from his tried and tested array of software based tools, or from the enormous collection of guitars, organs, pianos, and percussion instruments found in the Berlin based studio he now calls home, was recorded via microphone. Even as the very first track slowly fades into existence, it’s clear that the smoke filled atmosphere of the place has penetrated the recordings to their very core. Indeed, it is no understatement to suggest that without the physical confines of the magical studio Chez Cherie, and the countless late night conversations and musical input from all the other beautiful souls who occupy it (T. Raumschmiere, Ben Laubner, Tilman Hopf, PC Christensen, and of course Cherie herself), this latest Deadbeat album would have been an impossibility.

Though it may be his name alone on the cover, Wax Poetic For This Our Great Resolve is  a document of the power of community. If the resulting recordings are any indication, a great deal of hope it seems is still to be found in the simple act of getting together with good friends, and celebrating all that we share through words and music. At a time when the technological and political powers that be seem so dead set on seeking to divide us, this sense of common purpose is more important than ever.

Posted on May 2, 2018, in stream and tagged BLKRTZ, Deadbeat. Bookmark the permalink. Leave a comment.