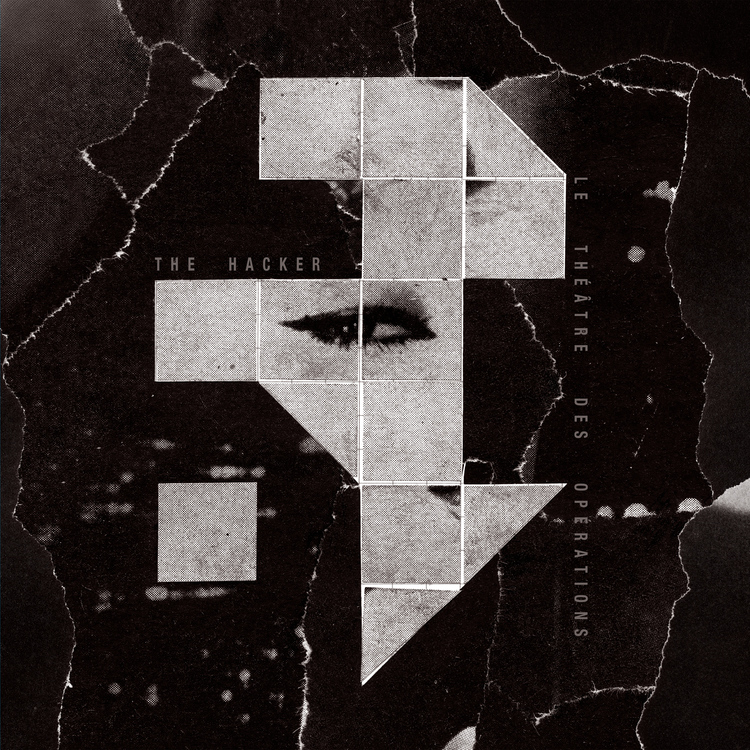 Dark Entries: We are honored to announce the latest album from Michel Amato aka The Hacker, ‘Le Théâtre des Opérations’. Michel began making music in 1989 at the age of 17 in Grenoble, France. He grew up listening to New Wave bands like Duran Duran, The Cure and Depeche Mode as well as the darker side of electro Kraftwerk, Cabaret Voltaire and D.A.F. In 1990s he released a series of 12” singles and an album of cold, calculating and relentless techno. In 1997 he teamed up with Caroline Herve aka Miss Kittin and to release landmark singles and albums of effortlessly channelling the carefree spirit of 80s electro pop which we released an EP of lost demos from in 2015. Michel’s new live project sees the enigmatic artist go back to his roots, performing a 100% analogue set directly inspired by his first true loves of New Wave and dark, powerful techno

‘Le Théâtre des Opérations’ is 8 new tracks spread evenly across 2×12”s cut at 45rpm for maximum sound quality and DJs. The title comes from a metaphysical journal by French-born Canadian science fiction writer Maurice G Dantec. Passionate about avant-garde techno, The Hacker has weaved his influences (Jeff Mills, Drexciya, early Aphex Twin) into a unique sound on this album that can best be described as a walking homage to the power of the synthesizer. Songs veer from gritty, raw EBM to dark, subterranean electro, effortlessly channelling the strains of the Michel’s musical DNA: Front 242, Jeff Mills, Dopplereffekt, SPK. The only vocal track features an appearance by longtime friend and collaborator Miss Kittin named “Time X” after the French science fiction television series Temps X. All songs have been mastered and lacquer cut by George Horn at Fantasy Studios in Berkeley. Cover artwork features a collage by London-based artist Anthony Gerace and each copy includes a postcard featuring a photo of teenage Michel from 1989.

Posted on October 6, 2017, in stream and tagged Dark Entries, Miss Kittin, The Hacker. Bookmark the permalink. Leave a comment.