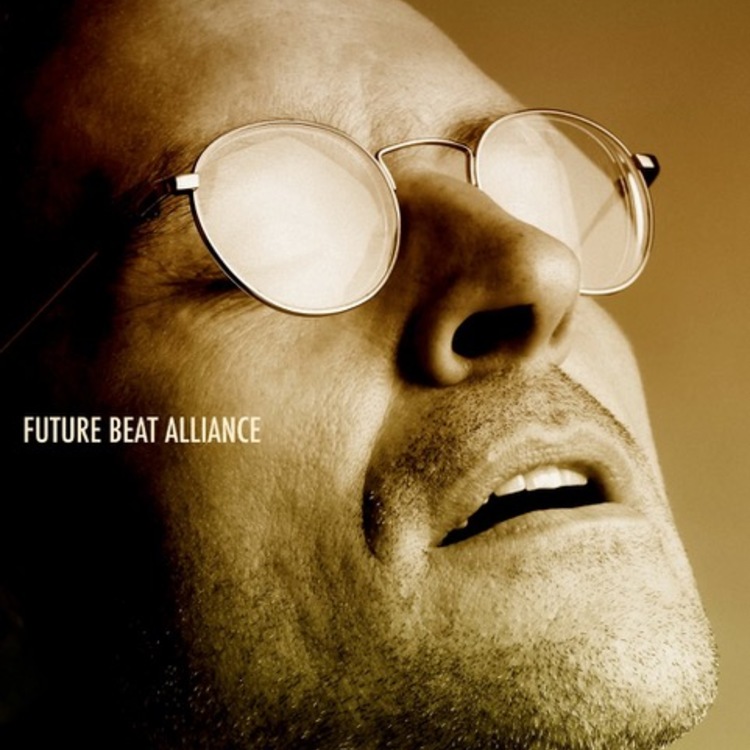 Matthew Puffett, the artist most commonly known as Future Beat Alliance, presents a retrospective of selected works under his most lauded moniker. The name – taken from an Afrika Bambaataa sleeve – may have been a nod to the early-80s hip hop that was his ﬁrst musical love while growing up in Oxford, but the music bore the unmistakable inﬂuence of the Detroit techno that had become his obsession. ‘Collected Works 1996-2017’ maps an illustrious discography over two decades and will be released on the artist’s own imprint – FBA Recordings. Preceding the compilation, a brand new track entitled ‘Chemical Cloud’ will also be released.

The realisation of this project follows a 3 year period of co-writing, programming and engineering on the new UNKLE album “The Road’ part 1, which is now released. Since 1996, an accomplished career as a producer, and sound engineer has granted him releases on labels including Tresor, Delsin, Void, Archive, Rush Hour and Ferox, as well as a monthly residency at Tresor in Berlin and a more recent excursion into music for ﬁlm. Pairing impeccable sound design with a penchant for expansive textures, Future Beat Alliance’s productions incorporate traces of hip hop, but arrive at a uniquely soulful take on electro and Detroit techno, replete with ecstatic harmonies, mesmeric tones and sci-ﬁ aesthetics.

‘Collected Works 1996-2017’ opens with one of his earliest productions on Void Records: ‘Intruder’ is a utopic dose of abstract electro that hints toward the uplifting, meditative sentiment he was to explore over the next two decades. Early gems like the broken beat dreamscape of ‘Eon Link 500’ (Delsin, 2000) and otherworldly melancholia of ‘Almost Human’ (Delsin, 2001) are offset with stranger still productions like the blissfully tense ‘Head Ways’ (Emoticon, 2002) and positively surreal ‘Lumiere’ (Versatile, 2003). ‘Fake Love’ (Versatile, 2003) takes sun-drenched grooves and contrasts them with animated synth leads, arriving at a transcendent, unearthly state; ‘Something To Hold’ (Unreleased, 2004) explores this further with glistening scales and nostalgic chords. ‘Calculated Notes’ (EevoNext, 2009) distorts his positive sentiment with unnerving melodies and stripped back percussion whilst ‘Without Words’ (EevoNext, 2009) carries his familiarly rapturous sound through new structures. ‘Dark Passenger’ (Rush Hour, 2009) delves into deeper, more ambiguous terrain and is to be featured in an upcoming Hollywood ﬁlm (All I See Is You) later this year.

Three 2010 tracks on Tresor remain as bold and diverse as ever, with the hypnotic arpeggios of ‘Machines Can Help’, main room expanse of ‘Cross Dissolve’ and bass-led mysticism of ‘Endless Blue’. ‘Radio.Seti.Org’ (FBA, 2013) continues further in the terrains mapped out throughout his discography, embarking on a strange, illusory journey through smooth pads and immersive synths.

‘Chemical Cloud’ (FBA, 2017) is a new production available before the compilation is released, which features swirling reverberations and emphatic melodies. Also forthcoming as a digital exclusive is the unreleased ‘Beginner’ from 1996, a joyful taste of Future Beat Alliance’s earlier visions as a producer.

‘Collected Works 1996-2017’ champions an oft overlooked aesthetic in contemporary techno, opting for radiant bliss over darkness and placing the listener in enveloping soundscapes, admirable for their sheer detail and arrangement whilst never losing sight of the danceﬂoor.