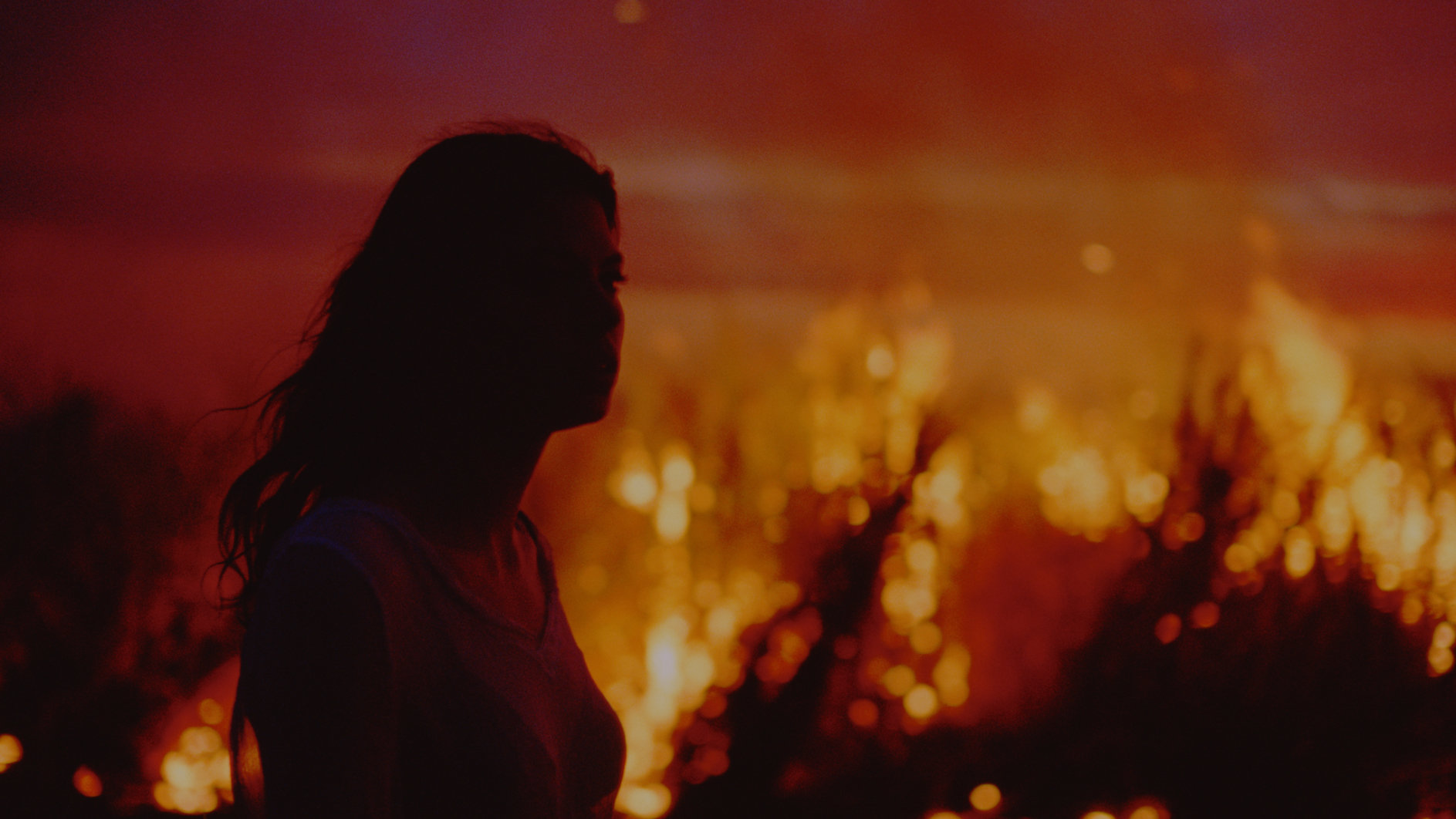 Ahead of the release of their debut album Backwater (out October 20) Kllo today share the incredible video for the recently released track ‘Downfall’. This clip shows a journey from the cold urban-scapes of the band’s hometown Melbourne, to the golden hues of the Sunshine Coast in Queensland. It follows Chloe through from a place which she must escape, to a nostalgic place of familiarity, ending in a burning sugar cane field, which symbolises hostile feelings that need to be released.

The clip’s director, Freya Esders, says of the clip ‘Downfall explores the need isolate, to return to the familiar in order to let go. I wanted to visually explore the warmth and comfort that only a nostalgic environment can provide and how that sense of emotional isolation is represented in the surrounds. The cane fires are a pungent part of my childhood memory. I recall afternoons where sickly sweet air would spill from a fast and brilliant blaze. Always at dusk, flames melting into sunsets. Using film for the project helped solidify what I’d hoped to evoke, a saturated, vibrant memory and in the clip, a finale about letting go and moving forward.’

Kllo’s debut LP Backwater is due for release on 20 October (via Good Manners Records/Caroline Australia, Ghostly International and Different Recordings), and will be available on CD, digitally and on 180g double vinyl + ltd edition coloured vinyl.