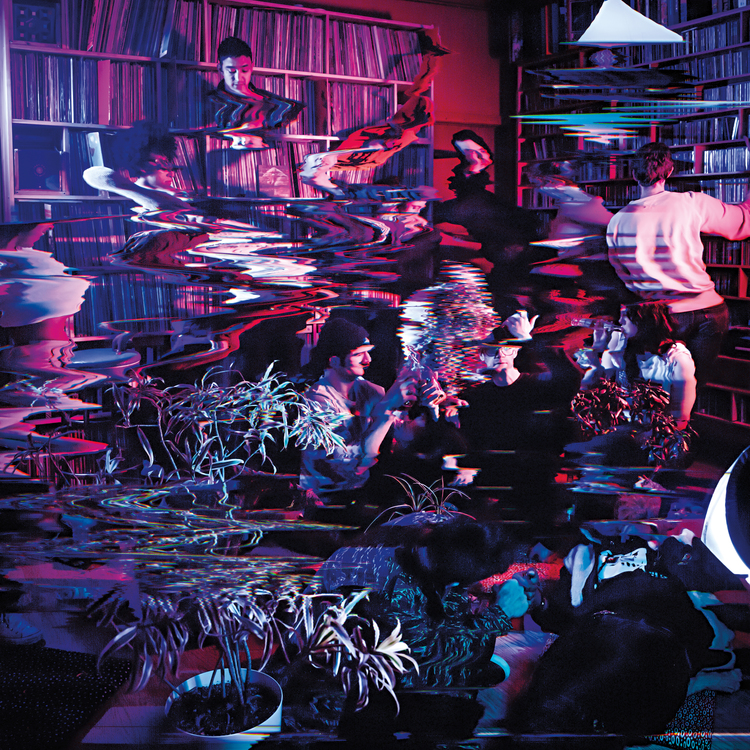 It’s been four years since Zach Saginaw, aka Shigeto, returned home to Michigan from a stint in Brooklyn, NY, and since then, the multi-faceted musician has become a part of the fabric of Detroit’s music scene. While always having a personal approach to his projects, Saginaw’s influences for his third album, The New Monday, are more about the community of Detroit than anything else. Named after a weekly DJ event called Monday is the New Monday that Saginaw does at the unassuming Motor City Wine with a group of friends, The New Monday is the result of Saginaw diving into the city’s deep record culture, where the legacy of artists of the past help Saginaw embrace his own contributions. The album is set for an October 6th release via Ghostly International. The Detroit-centric video for the searing album opener “Detroit Part II” is streaming via YouTube.

The visuals for “Detroit Part II” chronicle Shigeto’s own return to Detroit and the community he’s become a staple in. The accompanying visuals follow Shigeto and his close friends as they explore the city, before culminating at MotorCity Wine, during Monday is the New Monday — the weekly event where Shigeto has taken residency. Filmed in black and white and with infrared filters, the textured images are reminiscent of techno videos of the early 90’s, famously having an influence on Detroit’s techno scene. To the city and the people Shigeto has surrounded himself with since coming back to Detroit, “Detroit Part II” is an ode to the creative influences that have cultivated such a strong and collaborative community for Shigeto.

“It’s focused on a couple things and they all kind of come together to represent different things,” explains Saginaw about the new album. “My time back in Detroit, back living in Michigan and spending time with a lot of kind of original people who have always been here, learning from them, hearing stories from them, being influenced by them, and inspired by them.”

While, in the past, projects like Lineage or No Better Time Than Now were rooted in strong personal messages, family and relationships respectively, The New Monday represents a communal effort where solidarity is the key. Going for a simplified approach of just trying to make good tracks, The New Monday is diverse in its styles leaning more into a dance music direction – new ground for a Shigeto project. A new air of confidence in Saginaw has expanded his horizons since his return to Detroit, but traces of his past work will continue to be present.

“I don’t want people to think I’m leaving anything,” says Saginaw. “I’m still me. It’s a result of me being immersed in the culture, and inevitably making music that is influenced by that culture whether it be house, techno, jazz, rap. It doesn’t matter. It’s all coming from what I love about Michigan.”

While The New Monday still features the jazz textures long associated with Shigeto projects, the varied elements that make up the album cohesively come together to show the distinct inspiration that Saginaw has drew from since his return home to Detroit. Like on “Barry White”, which features Detroit hip-hop artist ZelooperZ  (a member of Danny Brown’s Bruiser Brigade crew who Saginaw also has a side project with called ZGTO), Saginaw captures everything he’s been doing all on one track. As much as it’s hip-hop influenced, it’s a mutant that encompasses elements of dance music, jazz, and ambient sounds.

Throughout The New Monday, Saginaw poignantly references the musical influences that have either always been with him or newly discovered. It is Saginaw’s interpretation of Detroit’s rich culture of innovative artistry, but done so with respect for the history and to contribute, not disrupt.