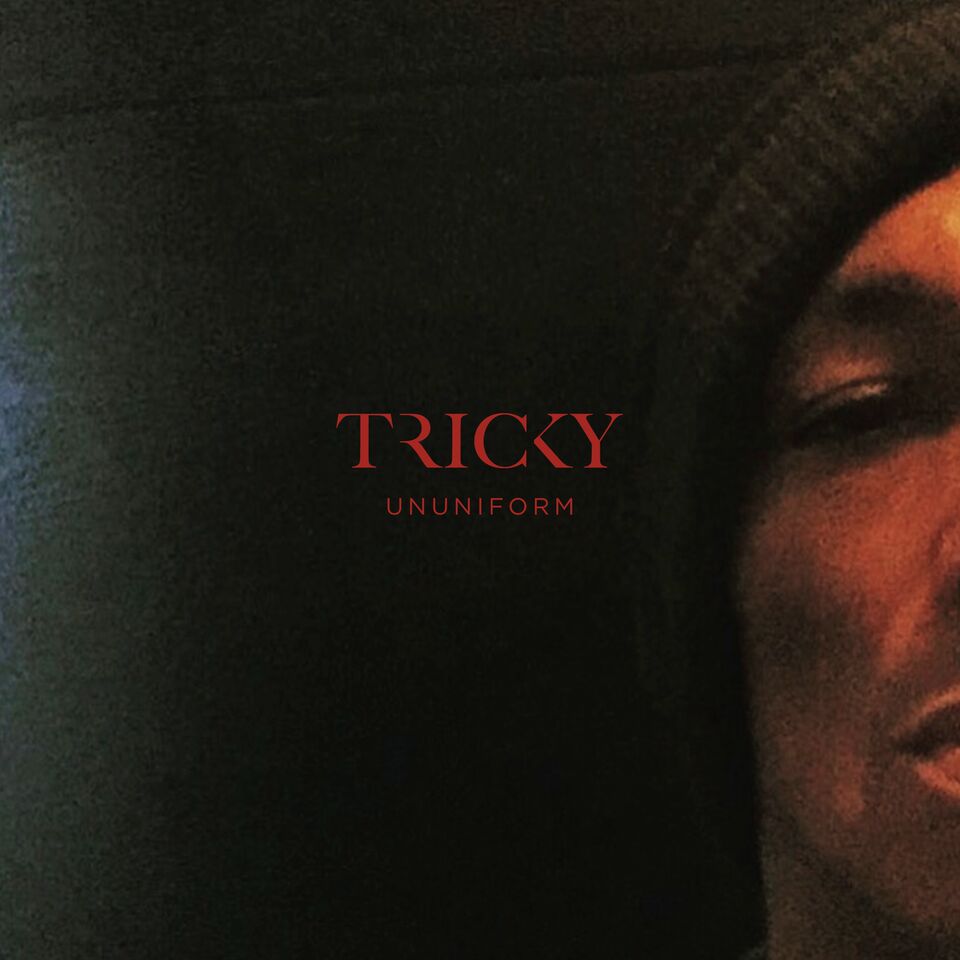 Tricky returns with his 13th album, ununiform. It’s a delicate, storming, intricate album that sees Tricky take perhaps his most radical step yet – a journey into happiness and contentment. It’s a record that shows the legendary British producer confront his legacy, history, family – even death itself. And in all of this, he finds the strangest, least familiar thing – peace. Ununiform was conceived in Moscow and completed in Berlin, where Tricky has been living for the past three years – not lavishly, but instead leading a clean, reflective and positive life: “I don’t know anybody. I eat good food. I go for walks”.

Testament to Tricky’s dynamism, ununiform sees him further work with new, up and coming singers as well as collaborators of the past. ‘When We Die’, premiering today via http://www.trickysite.com, features Martina Topley-Bird, who first made an appearance on Tricky’s debut 1995 album, Maxinquaye – released a month before the pair’s daughter was born. They haven’t collaborated on one another’s output in almost fifteen years.

Eerie, haunting yet enveloped by a sense of peace and acceptance, ‘When We Die’ sees Tricky take hold of a new zest for life he has come to possess: “If you don’t accept death you don’t really accept life” says Tricky.

Highlighting Tricky’s typical genre-expansive sound, ununiform features a string of collaborators old and new. These include some of Russia’s most famous rappers such as Scriptonite, who features on ‘Blood Of My Blood’ & ‘Same As It Ever Was’, plus Vasily Vakulenko (Basta) who helped produce single standout ‘The Only Way’, and Smokey Mo also makes an appearance on ‘Bang Boogie’. Tricky confesses of a 20 year long love affair with Russian hip-hop, to which he has paid homage through recording these tracks in Moscow.

Interestingly, the effect of his new-found outlook, freedom and lifestyle has led to Tricky turning back to his classic sound – perhaps the final frontier for such an inveterate experimentalist. “I’ve got nothing to prove now, and I’m comfortable with referencing myself.” Indeed, he’s since described last month’s single ‘The Only Way’ as “Hell is Round The Corner, Part 2”. This sensation is perhaps a response to a wave of artists referencing Tricky’s ‘90s records and his approach, from The xx to boundary-pushing London rappers Gaika and CASisDEAD, the latter of which Tricky recently collaborated with. “I’ve got a really wide audience. So I’ve got nothing to prove. I feel like sometimes it’s OK to do it again.”

The first album that Tricky has released as a truly independent artist free from the pressure of debt and destruction, ununiform is a glorious, beautiful and intensely personal attempt to answer the simple question “What does Tricky sound like?”
Tracklist: