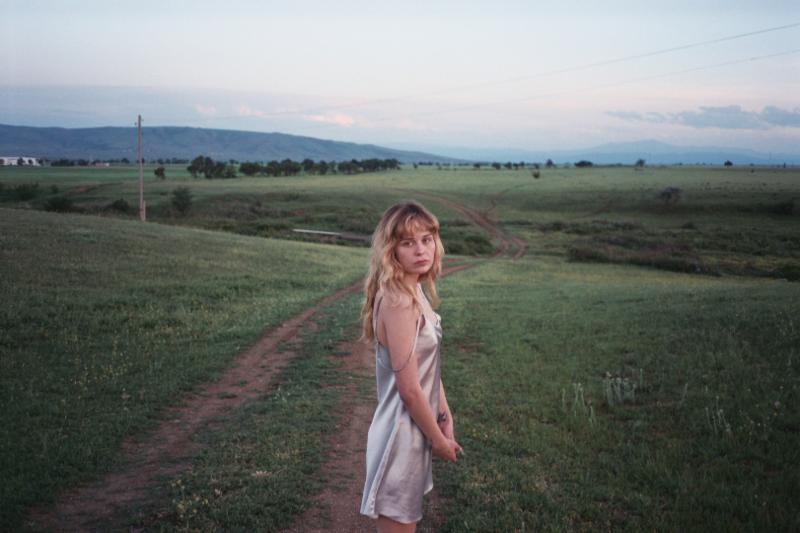 Moscow’s Kedr Livanskiy (real name Yana Kedrina) confesses “Synthesizers help me maximally feel the present moment.” Livanskiy was born into a shifting and critical time for Russia. The Soviet Union had exhausted and old values were anathematized because of reconstruction. A sense of displacement drove Kedr to find herself. She’s escaped reality repeatedly in her explorations into the imagery and ideas of romanticism, mythical and fairytale themes which visibly bleed throughout her work and especially on her debut full-length ‘Ariadna’.

Kedr considers this album to be divided into a couple of different parts – like how one person can contain many different moods. The first half revolves around mythological thoughts and the second takes cues from the urban and suburban environments around her, all the while in the middle of everything is the hero who experiences real feelings and emotions.

Kedr also channels the places in her neighborhood on the outskirts of Moscow (affectionately dubbed by her as “BORDER MOSCOW”). There’s a river there where identical Soviet high-rises stand on both sides, with a bridge and garbage processing plant adjacent. Where nature and industry meet. The whole scene looks very apocalyptic, but also mystical and mysterious, especially at twilight.

Her inspiration for this record comes from the Izhevsk (sometimes referred to as “the capital of Russian electronic music”) sound of the 80s, including groups like Stuk Bambuka V XI Chasov (Bamboo Crash at 11AM) and Samtsy Dronta. The movement in Russian experimental music is especially inspiring, with acts likes Valery Chkalov, Sergey Kuryokhin and Pop Mechanica; in general, the late-Soviet period was very inspiring with all its figures in music, cinema, their energy and their approach towards life and art.

‘Ariadna’ marks a change in her recording approach: her critically acclaimed breakthrough EP ‘January Sun’ was written and recorded completely in Ableton, while ‘Ariadna’ was written using the Roland SH-101, Roland Juno 106 and Korg Minilogue synthesizers, then mixed down in Ableton. According to Kedr, “This way, one gets into a flow of live interaction, here and now, with the instrument.”

To her, this interaction is more “raw and sacred” than actually mixing the track down, which seems like “mere formalism” in comparison. There is a definite leap in production values this time around, but Kedr manages to keep true to her sound despite the greater polish and depth.

Posted on June 27, 2017, in stream and tagged Kedr Livanskiy. Bookmark the permalink. Leave a comment.