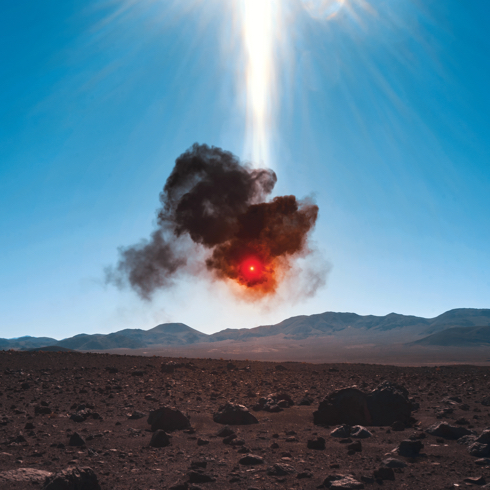 Having just completed immensely successful tours in Europe and North America in support of his latest acclaimed record Migration, Bonobo has announced a new 3-song EP, out digitally today, featuring an analog version of Migration favorite “Bambro Koyo Ganda,” which heavily features Moroccan by-way- of New York City band Innov Gnawa, and the completely new song “Samurai.” The analog version of “Bambro” strips away the dizzying house-tinged atmosphere in favor of an understated pulse and synthesizer arpeggiations, highlighting the hypnotic chanting and acoustic flavour of Innov Gnawa. Perhaps more than any other tune on the album, ‘Bambro’ sonically embodies what Migration is – a journey through cultural and locational displacement and the strange familiarity that inevitably surfaces out of transient life. “Samurai” is an ecstatic track that was conceived in the same sessions that produced Migration, anchored by a stuttering vocal sample that unspools into a glorious melodic line in classic Bonobo style.

Bonobo also previously shared a video for the original version of “Bambro Koyo Ganda” directed by Stylewar, which is available to watch HERE.

Bonobo also recently unveiled an innovative and immersive way to see and hear his album track “Outlier”. Released in collaboration with Horizons Studio for their app on Google’s Daydream platform, Horizons VR, users are sent flying through surreal landscapes and terrains, over mountains and deep into oceans, as you manipulate the music by directing flocks of birds with the Daydream controller and progressing through the various stages of the track via your own movements and actions. As well as the music being fully interactive, the visuals are also fully generated in real-time and malleable, allowing you to carve your path through mountain ranges, control the terrain’s height by simply changing your altitude, or slow down time below the surface of the sea.