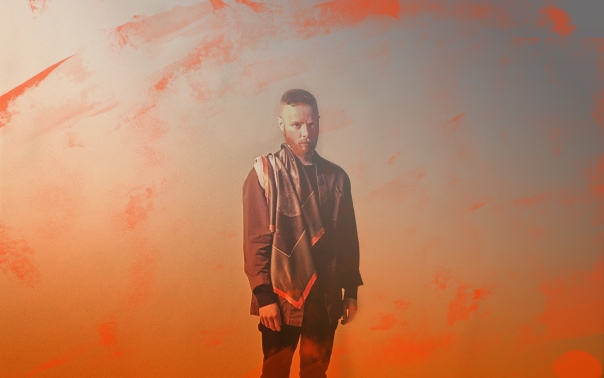 Forest Swords, aka Merseyside producer Matthew Barnes, returns with ‘Panic’, the third track to be lifted from forthcoming album “Compassion”, out 5th May via Ninja Tune, and announces headline European and North American live tour dates.
The track journeys between a rumbling cello loop, chiming bells and clattering beat, pulling in a reworked northern soul sample for the track’s ecstatic hook. It is accompanied by a video directed by Barnes and AV collaborator Sam Wiehl, produced by Barnes’ new experimental creative studio Dense Truth.

“Most of the tracks on ’Compassion’ were started in quite a heavy place but all managed to move towards the light the longer I worked on them” says Matthew. “’Panic’ is the point where tension and stress boils over into a sort of euphoria.”

Barnes will be Skype screening, one-on-one, an extended edit of the song and video to a number of people who add him (username: densetruth) over the next two days. It follows an experiment earlier this month where Barnes sent out unreleased tracks to anyone who messaged him personally via Whatsapp.

“I’d been thinking about communication and connections while I was making the record” says Barnes of the experiments, “and ways we can perhaps use all these existing channels in different ways. Social media still feels impersonal and clunky to me, like you’re shouting over a wall at someone, so I wanted to try to connect a bit more directly and see what would happen”.

Forest Swords will tour Europe and North American across September to December, including a headline performance at London’s Village Underground and festival stops at Glastonbury, Field Day, Sonar, Latitude and Dekmantel.