Vitalic – Use It Or Lose It feat. Mark Kerr 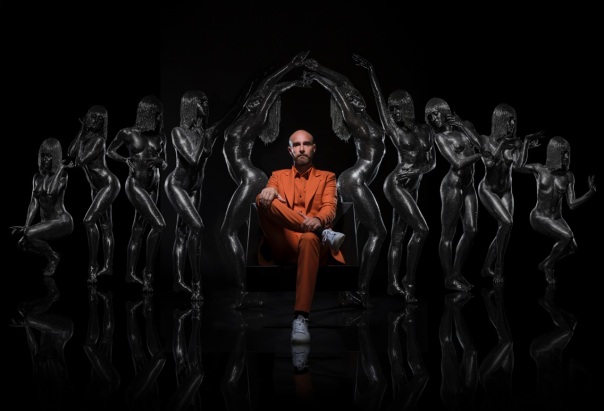 Drawing closer to the release of his eagerly anticipated album “Voyager”, Vitalic shares the second mesmerising single “Use It Or Lose It”. Continuing the albums cosmic journey, “Use It Or Lose It” launches the listener into warp speed – planets, stars and solar systems stars fly by, punctuated by the stuttered, cascading synth pattern reverberating through the galaxy of his impressively expansive production. Featuring the vocal talents of Mark Kerr, the track perfectly brings together the three elements that have always composed Vitalic’s strength: a touch of experimental folly, killer melodies and a joyful overabundance of energy.

It’s been a good fifteen years now since the French electro/techno pioneer (aka Pascal Arbez-Nicolas) took it upon himself to redefine techno using his native French sensibility, mixing energy and melody to forge his own recognisable style. Many of those tunes went on to become club classics, blurring the boundaries between techno, disco, rock and pop and paving the way the way for the likes of Daft Punk, Justice and Etienne de Crecy.

Both the name and sublimely retro-futuristic artwork of “Voyager” clearly announce the direction Vitalic has taken – this is a cosmic space odyssey, packed with energy-filled retro-futuristic hits perfect for dancing in zero gravity, followed by melancholic cooldown periods spent contemplating the lost galaxies of the vast cosmos. It’s a weightless voyage that sends our emotions on a rollercoaster ride, the ideal disc to listen to with your feet on the dancefloor and your eyes fixed on the stars. Or vice-versa.

Posted on January 16, 2017, in stream and tagged Mark Kerr, vitalic. Bookmark the permalink. Leave a comment.