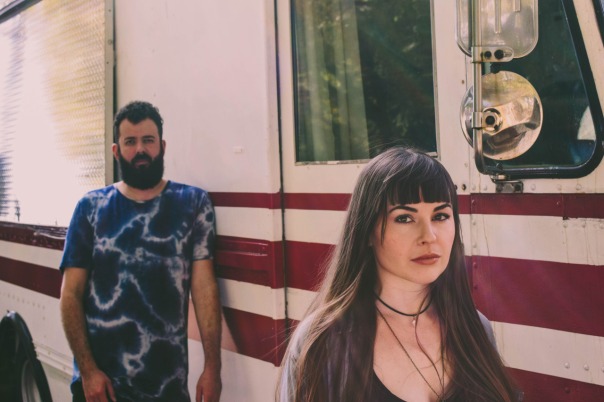 About the new single, Amber Renee says, “The future is very seductive. I think we all long to know what she holds, but this song is a warning against that, a sort of reminder that the future is beautiful because of her mystery. She will inevitably come and we’ll face her when she does. Until then, ride the wave.”

“Future Gold,” the fourth single from CLAVVS’ sophomore album World Underwater, is a sultry, hypnotic dance of stuttering percussion and tripped out vocal samples featuring Amber Renee’s lurid vocal performance. This, alongside their latest releases, suggests that the duo is navigating further into their signature territory of dark, hypnotic alt-pop and ATL-inspired trip hop– a singular sound that CLAVVS has claimed for themselves.

Comprised of four-time Grammy-winning producer Graham Marsh and writer & vocalist Amber Renee, CLAVVS has solidified themselves as the top ATL act to watch. After an impressive feature in the international TV series The Music Voyager alongside Janelle Monae (see a clip here), the duo was also a featured artist in this season of MTV’s Teen Wolf.

Posted on January 13, 2017, in stream and tagged CLAVVS. Bookmark the permalink. Leave a comment.