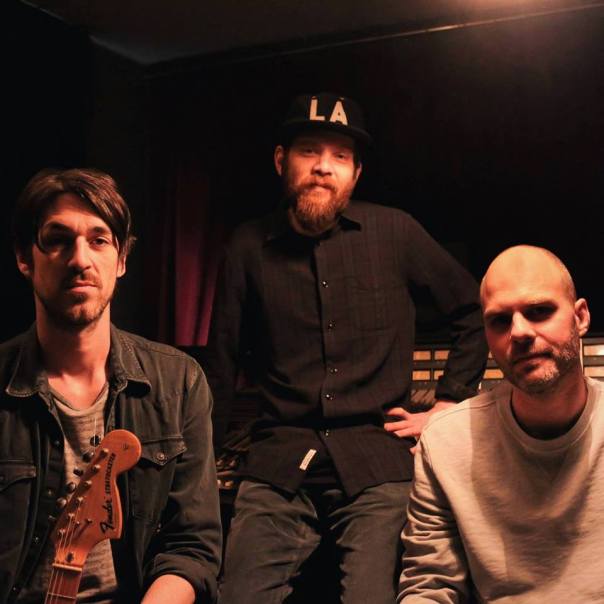 Cubicolor present their debut album – ‘BRAINSUGAR’ – out now on Anjunadeep (“One of the hottest electronic labels in the world” – Hype Machine). Below you can stream the “bewitchingly beautiful” ‘Fictionalise’.

Having launched in 2014 with two members, Dutch producers Ariaan Olieroock and Peter Kriek, Cubicolor now welcome British vocalist , and former Duologue front-man Tim Digby-Bell into the band as their third member, following much loved collaborations on ‘Falling’ and ‘Mirror Play’ over the past 12 months. In his time with Duologue, Tim produced, co-wrote and sang on two records.

On ‘Fictionalise’ we hear an evolution in Cubicolor’s sound across a host of diverse and infectious tracks, combining beautiful songwriting with brilliantly cohesive clarity, echoing their influences; Radiohead, Massive Attack and Moderat to name a few. Tim’s lyrical depth and haunting vocal style shine throughout the album, which features 8 vocal tracks and 4 instrumentals.

The LP’s first single ‘Falling’ is a cascading piece of melancholic house music, which has amassed over 4 million plays on Spotify, topped Beatport’s Electronica chart, and been featured on global specialist radio.

Throughout September Cubicolor bring their well-honed electronic sound to venues large and small across North America for a DJ tour, including a string of underground club shows and notable festival performances at Electric Zoo and Nocturnal Wonderland where they perform on Anjunadeep label stages alongside the likes of Âme, George Fitzgerald, Lane 8, HVOB, Henrik Schwarz and Yotto. Cubicolor are currently developing a full live show to be launched later this year.

‘Brainsugar’ is set to be the seventh artist album to be released on Anjunadeep, an A&R hotbed celebrated for the release of debut LPs from Dusky and Lane 8.

Posted on September 20, 2016, in stream and tagged Anjunadeep, cubicolor. Bookmark the permalink. Leave a comment.