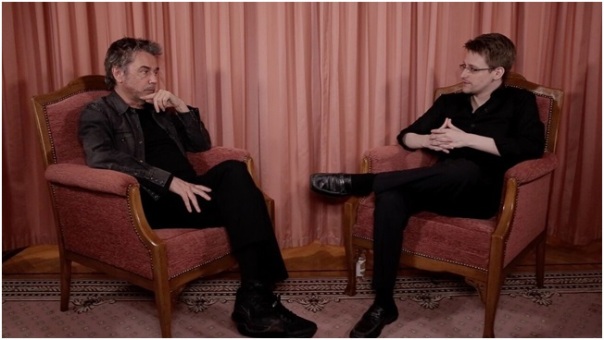 A UN Ambassador for UNESCO and activist for Human Rights, in addition to being an acclaimed international electronic music trailblazer, JEAN-MICHEL JARRE has tirelessly campaigned over the years for the right to free speech. “Exit”–his collaboration with Edward Snowden which appears on his May 6 album release ELECTRONICA VOL. 2: THE HEART OF NOISE (Sony Music/RED)–reveals yet another side to the multi-faceted producer. The video for the song can now be seen below.

ELECTRONICA VOL. 2: THE HEART OF NOISE is the follow-up to the widely lauded Electronica Vol. 1: The Time Machine LP. With music across both volumes from the Pet Shop Boys, Primal Scream, Pete Townshend, Julia Holter, Lang Lang, Cyndi Lauper, Laurie Anderson, AIR and Peaches to name but a few, JEAN-MICHEL JARRE has assembled his very own dream team of artists to collaborate with across ELECTRONICA. The song “As One” with Primal Scream is available today as an instant grat with advance purchase of the album.

Look for JEAN-MICHEL JARRE to return to the international stage in 2016 and beyond following the release of VOL. 2, launching at Sonar in Barcelona, Spain on June 17. With a unique and brand-new super production, JARRE will play major venues like the 02 Arena in London and AccorHotels Arena in Paris, in addition to further dates in Germany, Scandinavia, Poland, Austria, Switzerland and many more.

Posted on May 5, 2016, in video and tagged Edward Snowden, Jean-Michel Jarre, Sony Music. Bookmark the permalink. Leave a comment.