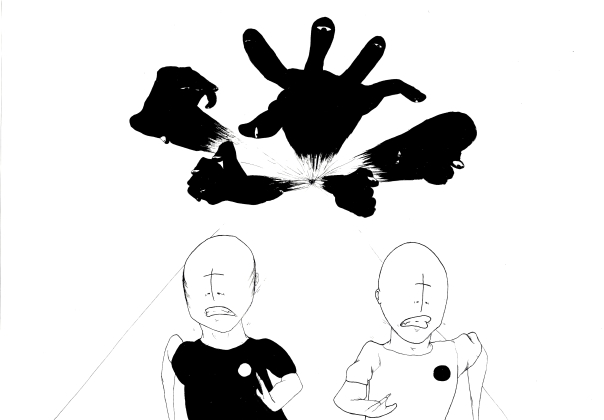 “When I was a boy of 14, my father was so ignorant I could hardly stand to have the old man around. But when I got to be 21, I was astonished at how much the old man had learned in seven years.”

трип 006 is an album constructed with the songs of a varied collection of artists; fast and furious rhythms at times exceeding 140 bpm, live cuts, tracks with a song structure.

“The idea behind the album was born the other night from a very broad conversation I (Nina) and Tombo had on the way people form their opinions and criticisms. That opinions are reflecting the inner world of the people who criticise and an opinion should be based on something… what it depends on and how this process has to do with growth, knowledge, self assurance and self improvement. That all things are relative and all eyes are different. That in the end it’s important to grow and shape your opinion, make up your own mind. This was the point of inspiration for Tombo – his artwork representing two worlds and two young boys who are affected by the ‘outside’, controlled and manipulated. One manages to escape by shaping his own desires, growth being a matter of choice. Learning that what enables one to see and understand more, is the freedom from anyone’s opinion but your own.”

трип 006 continues the tradition of gatefold double EPs as conceptual album. All tracks are selected around a particular story, a trip, and presented as a continuous sonic landscape. All tracks are structured in a way that they can be mixed one with another an endless amount of times making a continuous loop, a trip, that needs only end when the party stops. Kraviz works without release dates or deadlines, enabling her to achieve a certain sound bank to shape the story, unmasking the thoughts and unravelling like a dream. 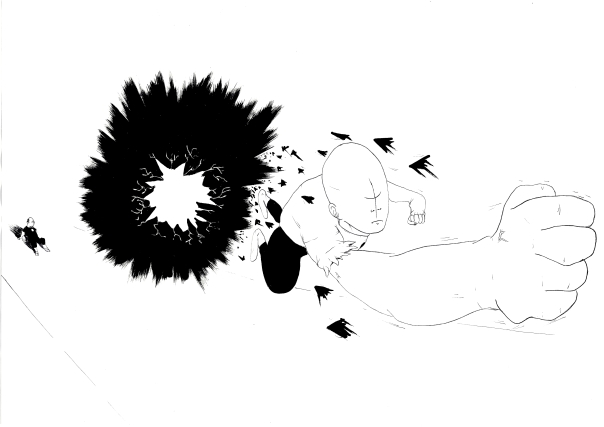 The recent bass heavy work of prolific Icelandic artist is an interesting hybrid of IDM and drum-n-bass with Bjarki’s incredible ability to create signature atmosphere on the edge of minor and major keys, and place them around weightless perfectly incorporated sounds. As always, recorded in just one take this work reflects duality. Good and bad, simple and difficult. A problem of choice, personal bias that is also known as bipolar syndrome. Recorded in February in Iceland, exactly at the time the story for this album was evolving.

“This is a 5 minute cut of a live recording that I made in February using a simple set up of Volca drum machine, Yamaha piano and a reverb. I am not musically trained but like to fool around with keys recording whatever comes out of it. I love edgy keys that are about to jump off piste but change their mind last second keeping the nerve naked” The wonky keys capture Nina’s mood in February perfectly. Barely edited it perfectly represents the label’s anti-perfectionist approach with the biggest value in music human feelings.

The alias of Aphex Twin aka Richard D. James, this track was recorded when he was only 19 or 20, around 93-94. It first appeared on Aphex Twin’s second session for John Peel in 1995 as ‘Untitled’. The strong and extremely emotional work combines signature robust rhythm juxtaposed with the dreamy melodics.

A furious, emotional quick recording that captured the artist at a challenging moment. Struggling with adversity, Bjarki channelled all his anger in this furious quickly made melancholic, yet optimistic beat with the female vocal urging “naked naked”..

One more previously unreleased ruff live cut from probably one of the most mysterious electronic project from the 90s affiliated Subvert label. So far трип released 3 excellent cuts to трип 002 and трип 004. This new one seemed like a perfect fit for the new story.

Sigurbjörn Þorgrímsson was an electronic musician best known under the pseudonym Biogen. A pivotal figure in Iceland’s electronic music scene, whether it was during his early forays into electronic music as a member of the legendary hardcore techno band Ajax or through the many collaborations and side projects he was involved with, Biogen had a personal hand in shaping the last two decades of Icelandic music. “Untitled” is a previously unreleased work, probably from late 90s period, the records of which are mostly missing (perhaps deleted by the artist himself). Biogen was suffering from Bipolar syndrome that resulted in him taking his own life in 2011. Like most of the tracks on Trip 006 album the track is a unedited live cut, that starts and suddenly ends, just like that..

“I was blessed to have found it on one of my visits to Iceland and to it really feel like it was just sent to me. Bjarki, Exos and I went to take some pictures outside of Reykjavik before our South American tour. It was freezing cold with an eerie vibe, like nature was talking to us, blowing a strong wind relentlessly moving our weightless bodies from one side to another. It was very inspiring and I was constantly thinking on the next трип album and the missing track. Heading back by car, we encountered wild horses by the road who blocked the way and posed for my camera. Astonished by the encounter, with a memory card full of crazy images and completely frozen we rushed back to the car. Exos was driving and asked me to find something in his large cd bag to listen to on the journey. Plucking a random cd somewhere in the middle of the bag, the first track was this amazing minimalist cut that fitted everything like a perfect soundtrack. I asked what was it and Exos told that this was an unreleased Biogen. The missing track.”

PTU are a Russian duo from the city of Kazan- Kamil EA and Alina Izolenta. PTU’s music is a blend of related genres; an abstract joint where bass music meets techno with this mixture being spiced up with break beats, acid lines, pads, futuristic concepts and sounds. Abbreviation PTU means “Professional Technical School” -a term born in the former Soviet Union, where the musicians grew up in the 90’s. PTU was a kind of alternative for young working class people unable to attend a university. PTUs are – technically – educational facilities providing general education of the third degree. It is a Soviet social phenomenon, a clichéd concept and a cultural ghetto; but also a kind of a refuge for people when there’s nothing to do and you feel free before doing the military service or getting married – ideas and values imposed by the state machine. The structure of the track and name “Taorak” is inspired by a character from Greek Mythology-uroboros- an ancient symbol depicting a serpent or dragon eating it\s own tail. PTU wanted to find a snake name and they came out with the fantasy Taorak. Surprising is the way PTU work meticulously with Space in between sounds in a way that silence is making itself a vivid element of the song and creating an unfinished dramaturgy.