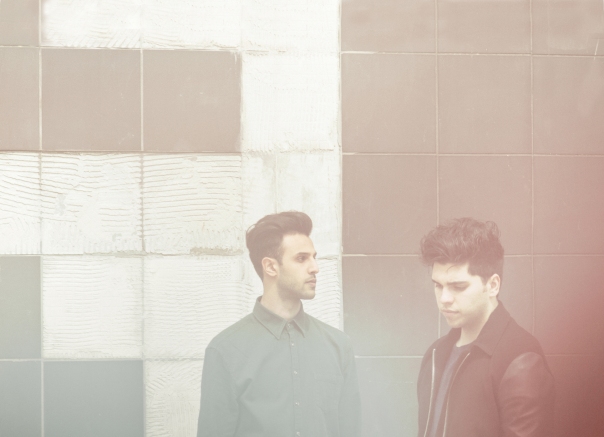 Amidst the dreary short days and long dark nights of January, a duo going by the rather misleading one-man’s name of Nick Klein made a new track available online in form of ‘Paralyzed. A shining light of infectious, soulful warmth that washed away the shadows of winter and ushered in the first crop of exciting new artists and producers of the year ahead and quickly caught the attention of Aesop.

Based in a small village just outside of Eindhoven, Netherlands, Nick Klein turned out to be the work of two young men, the aforementioned Nick Klein delivering an undeniably hypnotic vocal and Ferdous Dehzad producing the track’s glossy electronic shimmer.

Watch the video for ‘Paralyzed’ below:

Set in an old Church in Flatbush, Brooklyn – the video for Paralyzed was directed William Smith and Lucien Follini. While both call Eindhoven their home their families and background aren’t strictly embedded so close to home. Nick’s Indonesian mother arrived in the Netherlands as a refugee and likewise, Ferdous’ parents fled a war-torn Afghanistan in the 90’s settling as political refugees in the with Ferdous as an unborn child.

Unless you’re living in a major city where almost every element of 21st century culture is tangibly accessible, it’s a pretty fair conclusion to feel that your hometown isn’t the most inspiring of environments and instead it’s easy to explore countless avenues of inspiration online. This very blueprint resulted in Nick and Ferdous escaping the isolating nature of their small-town surroundings and monotonous jobs to form Klyne, drawing on the endless possibilities that shaped the duo’s sound and approach… that and Prince.