Gaps – In, Around The Moments LP 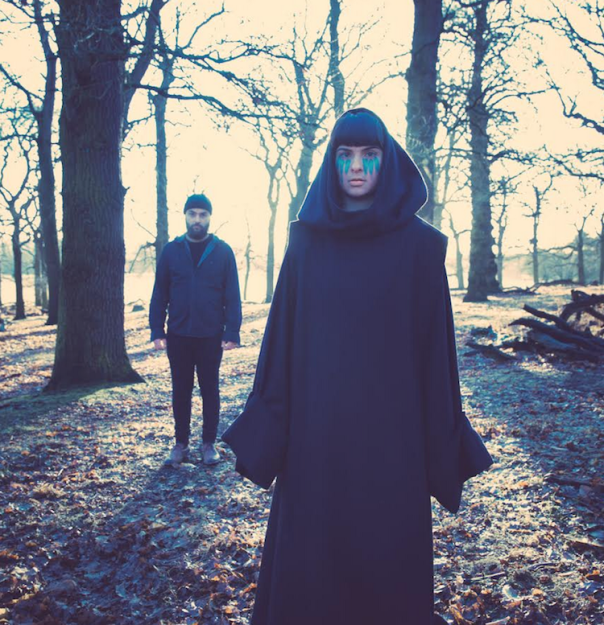 Following a string of early single releases on London 7” label Sexbeat and a growing reputation for putting on one of the most magical live shows around, the debut album from GAPS is not out and available to buy. The album gets it’s release via Maya Jane Coles label, I/AM/ME. Available digitally at present, a CD and vinyl release is set to follow in the near future.

I/AM/ME is the label of Maya Jane Coles. The 25 year old multi talented DJ, producer, engineer and performer released her biggest body of work to date back in Summer 2013, her debut album “Comfort”, but it is here she turns her hand to creating a stable for some of the most exciting new artists around today.

“I’m really excited about being able to release the GAPS album. Until now I had solely used I/AM/ME to release my own material but after collaborating together on the “In Dark, In Day” EP and hearing how special their album was I really wanted to get involved further.

I want I/AM/ME to be a place where real artists can grow and keep their creative vision intact. I couldn’t think of a more perfect band and project that encapsulates that than GAPS for the label. Anyone who hasn’t seen them live should do so too as it’s just as magical as on the record, if not more.”

The story of GAPS is one that flows through every electrifying strand of the music, performance and personality that define Brighton duo Rachel Butt and Ed Critchley. A series of happy accidents brought the pair together for a creative match made in heaven – but the path that led two Coventry-born former school friends and drummers to make such a mould-breaking sound is as intriguing and inspiring as their music.

The duo struck gold with those first tracks, ripping a sonic curveball through the summer of 2013 – one that allied many disparate elements with total and utter cohesion. Their singular vision for what music can and should be begins with Rachel’s soulful, folk-tinged vocal and guitar which find a perfect resolution in the immaculately placed loops, repetitions and samples that recall Steve Reich as much as Four Tet and Jon Hopkins.

Few musical relationships in recent years fizz with the same levels of symbiosis and invention that the pair feed off. “I just love the space in music,” says Rachel. “The silence is as important as the rest of it.”

“There’s no way we could make this music if it wasn’t a two-way thing. It’s the product of the process rather than aiming towards something,” agrees Ed.

“I couldn’t do what I do without him,” concludes Rachel, “and vice versa.”

Their sound found a fan in London-born house DJ and producer Maya Jane Coles. A collaborative EP followed and now GAPS are signed to I/AM/ME. GAPS debut album “In, Around The Moments” will be the first ever release on MJC’s own label.

“I love the minimal darkness of what Maya does,” says Rachel, “and she just loves making music. Collaboratively, it’s been a lovely union too.”