Los Angeles beatmaker Henry Laufer aka Shlohmo has announced the details of his forthcoming 11-track second album, Dark Red, which will drop via NYC label True Panther on April 7th 2015, co-released with Laufer’s own Wedidit collective/label.

“It sounds like if Electric Wizard tried to make an R&B record, or Boards of Canada meets Burzum by the River Styx… I had just lost some people close to me and was dealing with another loved one’s health issues. I was all over the place mentally, and I think it reflects in this record whether I like it or not.” In the press release, the SoCal artist explains that his one aim going into the record was to make it “loud… and not just loud but really really fucking loud. I wanted the sound of the thing to be devastating and violent.”

“Buried,” the record’s lead single, can be streamed below; the updated list of upcoming live tour dates can also be found below. 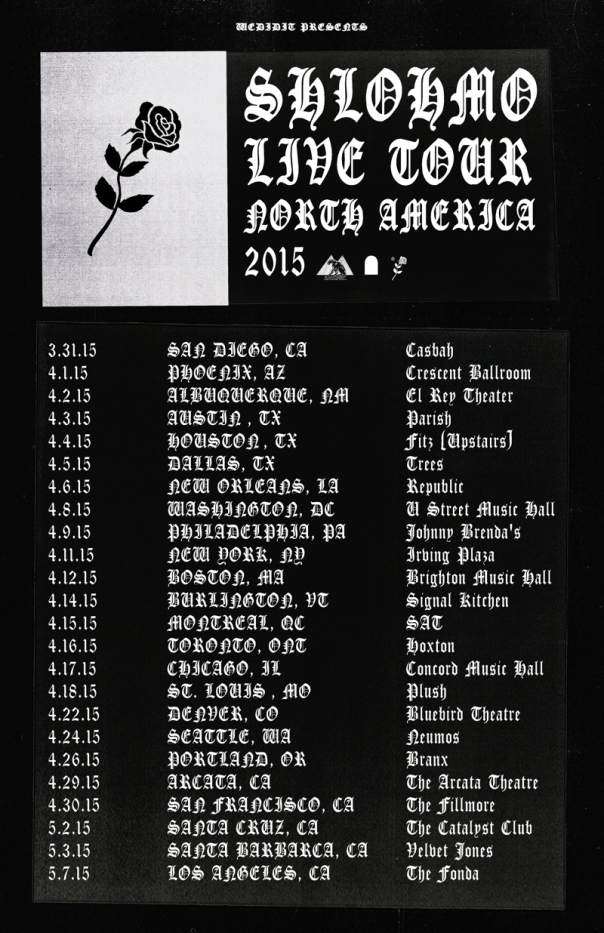